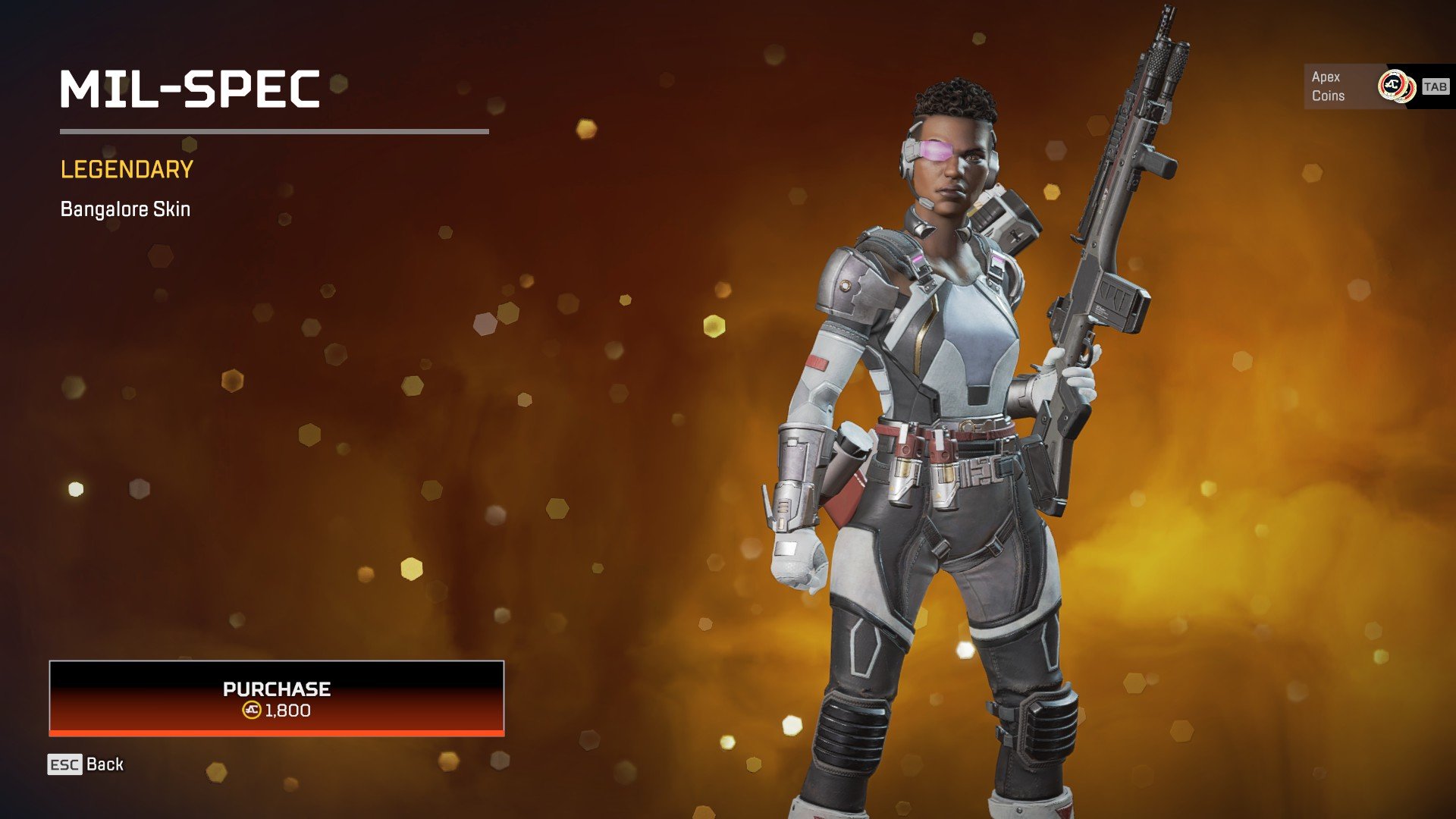 Earlier this week, Apex Legends players pointed out a bug that is plaguing the game, which would give players an advantage while using the Rampage or Sentinel weapons. Respawn has now addressed their concerns by temporarily disabling the items from the game.

In a post to social media, Respawn shared the news of these weapons being disabled along with a skin for Bangalore, which was also causing issues due to bugs.

While the Rampage LMG and Sentinel sniper are two very different methods, they both have charged forms that boost their stats. Thanks to the bugs being exploited, users have been able to keep both weapons in their inventory charged giving them a huge advantage in combat.

When functioning correctly these weapons should only remain in their charged state for a limited time. Now that Respawn has been notified of the issue, which it seems to be in the process of remedying, it should return to normal when they are enabled again.

As for the new MIL-SPEC Bangalore skin, which was also disabled in this update due to a game-breaking bug, players can still purchase the look from the store. Players just won’t be able to use it in-game until the issue has been fixed and a new update rolls out.

Right now, there is no timeline for everything will be resolved, Respawn will likely announce it on social media.