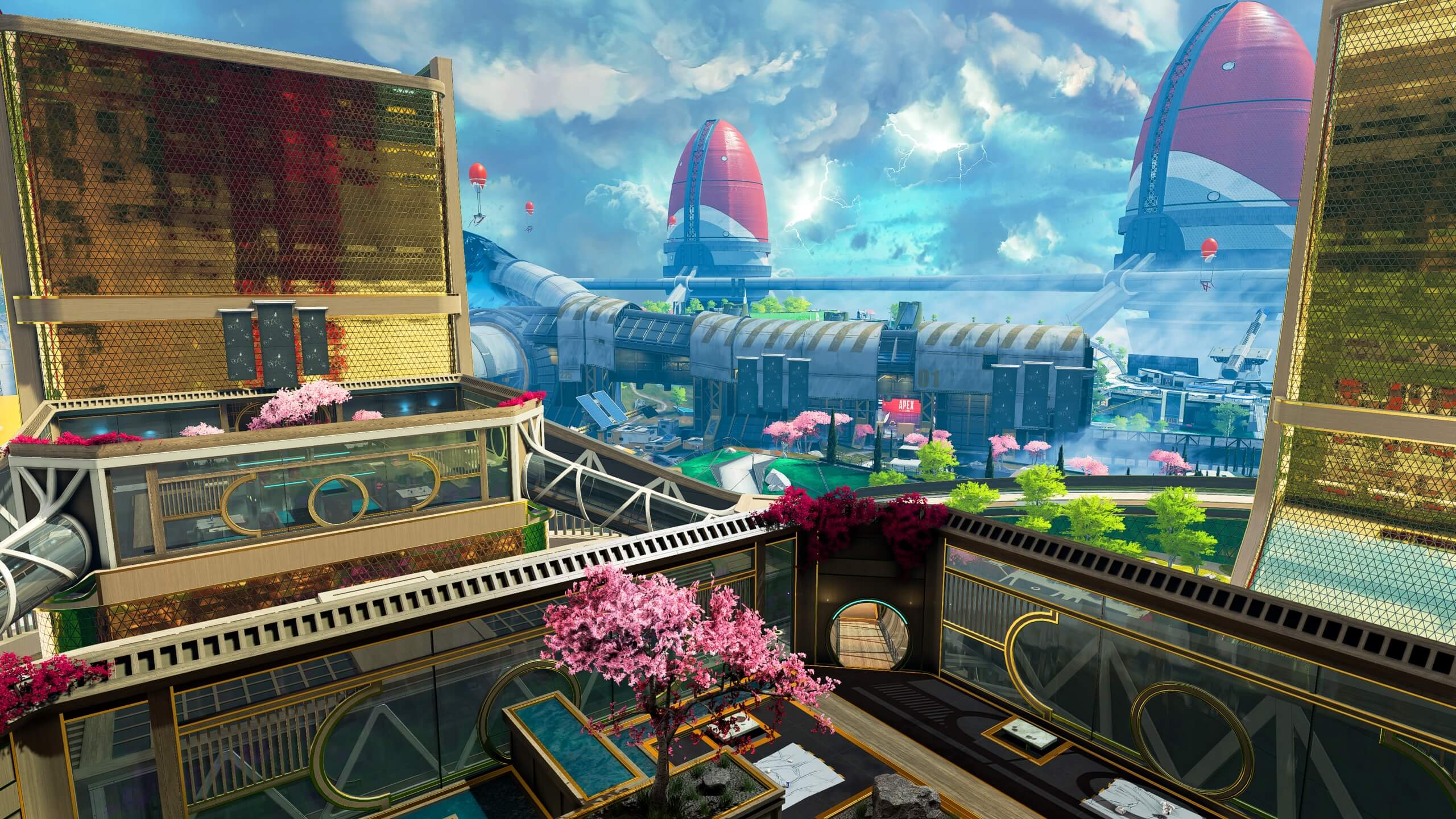 Olympus’ paradisiac landscape will become a purgatory with Apex Legends‘ Legacy update. The new season is bringing in a derelict ship called the Icarus, an infested vessel that threatens to spread its roots across Olympus.

The ship is part of the map update, which will shake up the south/southeast portion of the map. Its impact, however, won’t be confined to gameplay. The Icarus’ arrival “kicks off the story of Legacy,” according to senior writer Ashley Reed, “where every character plays a part.”

The most significant element of the new Olympus is the Icarus, a ship that will land between Bonsai Plaza, Solar Array, and Orbital Cannon, on top of the unmarked crossroads that connect the three POIs.

Level designer Dave Osei called Crossroads a “sniper’s paradise” due to its unobstructed view of the nearby regions. The addition of the Icarus’ new geography can block most sightlines “but still brings plenty of opportunities to those that enjoy long-range engagements.” It also aims to make the area more popular—particularly Orbital Cannon and Solar Array.

The Icarus will hijack the wide open meadow of Crossroads to create a new point of interest. The gargantuan ship hosts four large rooms “that play much more differently than players have experienced in or around the Arcadia Supercarrier,” Osei said. The ship has vines that curl around and inside of it, which creates a nightmarish environment with “claustrophobic spaces.”

The derelict ship landed without any live crew members, but players can still find the corpses of its former science crew scattered around the rooms. One of the bodies will contain a bridge keycard, which opens the cockpit at the edge of the Icarus and gives valuable loot to anyone who opens it.

Although the Icarus is the bread and butter of the changes to Olympus in the Legacy update, the city’s landscape will see a minor change to rotations in Gardens and Orbital Cannon.

Olympus has plenty of rotation options thanks to the Trident and the jump towers spread out throughout the map. With the new batch of changes, however, Respawn is getting rid of two redeploy balloons: one in Gardens and the other in Orbital Cannon.

Osei said the jump tower on the outskirts of Gardens “was perfect for dropping into unsuspecting players in many zones close by” and helped intensify the third-partying issues prevalent in the map. Its removal should help slow down the pace of engagements and “push players to better plan their routes.”

The second redeploy balloon on the chopping block is located near Orbital Cannon, close to Crossroads. The large, open corridors in the area made it easy to spot anyone coming from afar, but the addition of the Icarus will make it easier for players to get the drop on other squads.

The Icarus lands in Olympus on May 4 when the latest update, Legacy, launches—alongside a new legend called Valkyrie, the Arena mode, a seasonal quest, and the Bocek Bow.