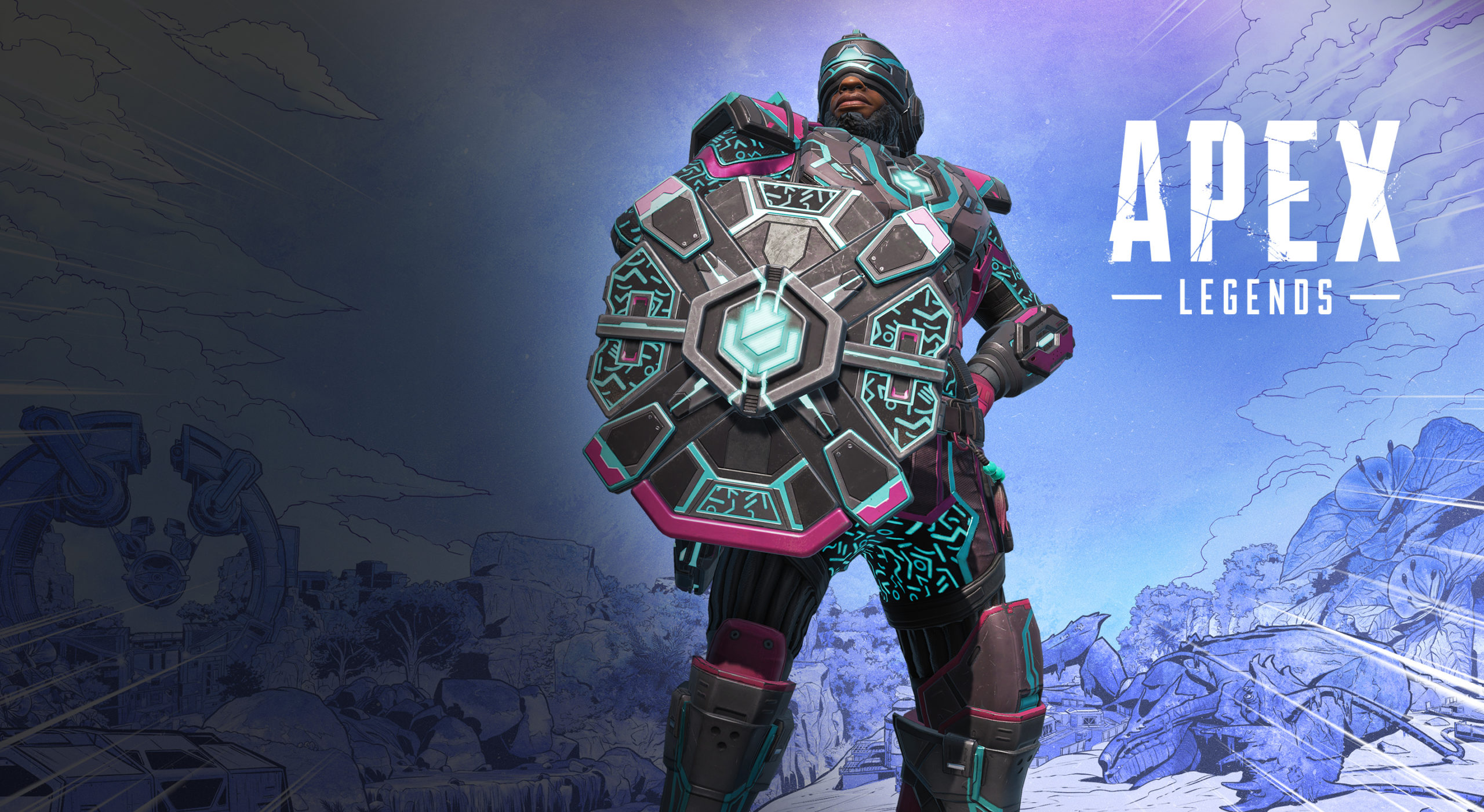 The Newcastle Stone Skies bundle is now available to Apex players on all platforms, and it comes with one of the best Newcastle skins in the game.

Ston Skies is an epic rarity skin, as evidenced by the animated textures on the skin itself. It features a matte black base, with metallic pink accents alongside a glowing teal visor, as well as several other teal accents that appear to be glowing. The main feature of the skin is the animated print, one that looks reminiscent of a zany pattern from a ‘90s cartoon. The print comes with a pulsing animation and it covers most of the places on Newcastle’s armor. It decorates the shield on his back as well.

As is custom, the Stone Skies Newcastle skin is accompanied by a matching banner frame, called Cellular, and a weapon skin. The weapon this time around is the Peacekeeper, which gets a rare skin called The Real Teal. Both skins have a matching color scheme and use the same pattern as the animated design on Stone Skies.

All told, the new bundle is full of great cosmetics for Newcastle. Even better, the skins are free for all Prime Gaming members.

To unlock the Newcastle Stone Skies bundle, players with a Prime Gaming account can go to the Apex page on Prime Gaming’s website using whatever platform they play the game on. From there, the player will be asked to link their Twitch account with their EA account. After this action is complete, the unlocked skins should appear in Apex the next time the player opens their game.

While there is no official end date attached to this offer as of yet, Apex Prime Gaming bundles are usually available for a month after release. After that, they’re gone for good. No Prime Gaming skin has ever returned to the game. Players looking to stand out on Newcastle will want to take advantage of the free skins while they’re still here.