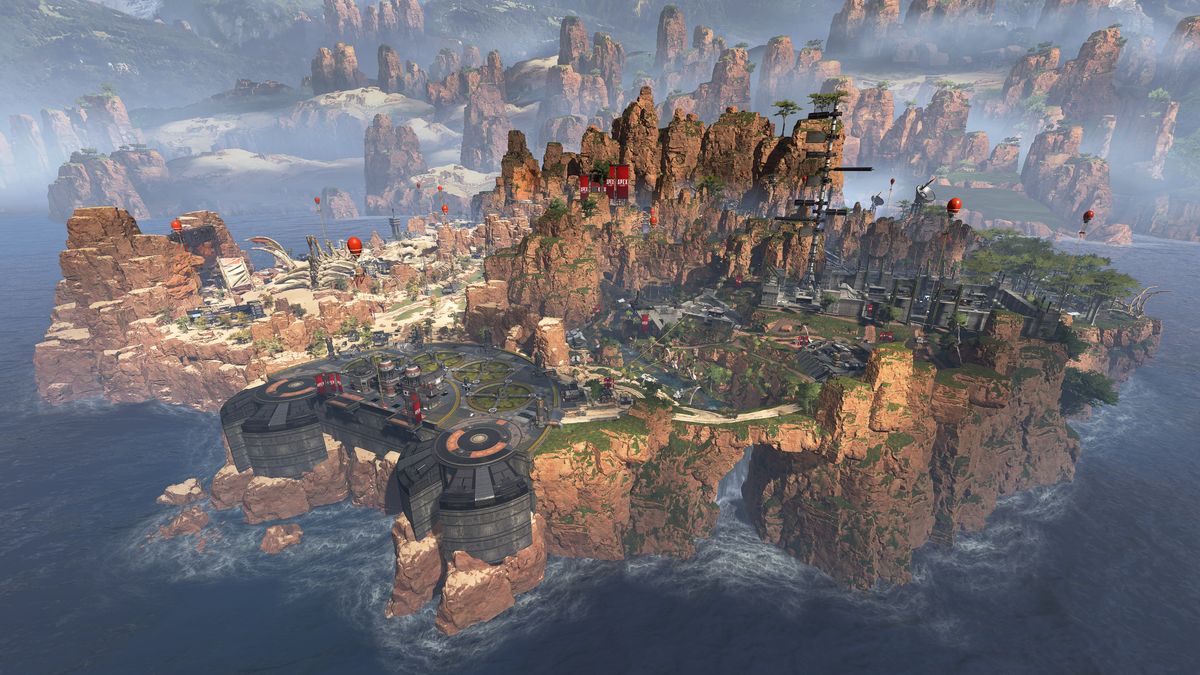 Apex Legends players found a surprise waiting for them when Kings Canyon opened up, letting them fall through the cracks.

One unlucky player discovered the glitch yesterday when seeking cover behind a fence in Relay, the compound on the northeast edge of the map.

The player was being shot at by enemies when they jumped behind cover, only to be swallowed by Kings Canyon. The player landed on a rock at the bottom of the mountain with no way to escape.

Another quick-thinking fan was able to save their teammate, who fell into the same trap.

The player used Wraith’s ultimate ability to teleport their teammate back onto the map, escaping the void in Kings Canyon.

The community is perplexed by this issue, which didn’t exist prior to the latest Voidwalker patch. Some fans are suggesting that the map might’ve changed when Singh Labs, Wraith’s town takeover, was added. Others claim that they’ve encountered this issue in other areas of Kings Canyon, like Containment.

While the spot is difficult to get out of, players looking to camp out a victory can find success with some lucky ring placements.

If players learned anything from these experiences, it’s to tread lightly.