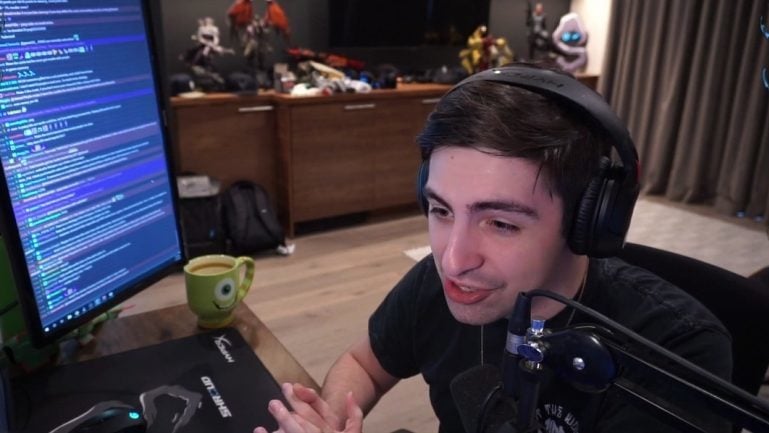 The debut of Apex’s Solos mode, the most fan-requested feature since launch, has inspired insane gameplay from the most elite first-person shooter enthusiasts. One play by FlyQuest’s Monsoon showcased top-tier mechanics that even impressed shroud.

While streaming yesterday, Monsoon was armed with a Kraber sniper when he heard shroud’s footsteps on the roof of the building he was in. When shroud jumped off the roof to engage on Monsoon, the FlyQuest player quickly flicked his sniper and landed a beautiful headshot.

The play was so good that Monsoon couldn’t contain his excitement. He immediately jumped up and started dancing victoriously.

With one person left in the match, Monsoon quickly found him and flicked his Kraber for another headshot to become the champion of Kings Canyon.

Shroud, who began spectating Monsoon after he was killed, thought his killer was cheating because of the quick sniper flick that won him the game.

Shroud’s attention and compliment garnered tons of traffic for Monsoon’s stream, who was very thankful to his idol for the kind words.

Apex’s Solos mode will continue until Aug. 27, giving players plenty of time to come up with insane plays of their own.