Lifeline and Wraith might also get “some gentle nerfs.” 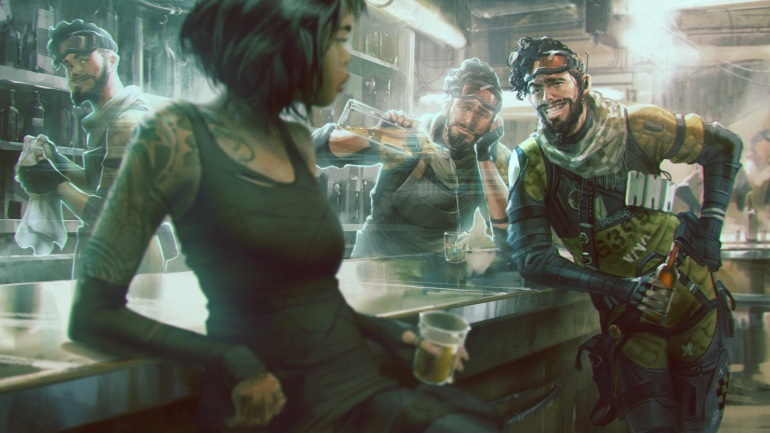 Apex Legends’ Mirage might receive a buff soon, a Respawn Developer has revealed on Reddit. The team is also planning to give Wraith and Lifeline “some gentle nerfs,” according to developer Lee.

In the post, the developers said that Mirage wouldn’t get a major rework, however, since “he’s in the ‘solid’ category” and reworking a character “competes directly with our ability to create new characters,” the developer wrote. “In the short term, we are definitely open to tuning value level changes – things like ‘invisibility’ opaqueness, invisibility length, ability cooldowns, decoy health, etc.”

Related: Three things Respawn Entertainment must improve with Apex Legends to avoid losing its player base

Mirage was missing from last patch’s buffs and nerfs list. Respawn only tuned up Gibraltar and Caustic a bit by giving them 10 percent passive damage reduction, and no Legends received nerfs. Since the developer wrote that these changes could come “in the short term,” players might see Mirage in the patch notes as early as the next update.

Lifeline and Wraith’s nerfs have yet to be revealed, but they might not have a big impact since they should be “gentle.” Lifeline is in a great state as a support character due to her ultimate ability and her Health Drone, while Wraith has incredible mobility and can ambush enemies easily thanks to both her ultimate and her ability Into the Void. It’s likely that the nerfs coming to both are mostly related to their abilities’ cooldown or ultimate charging speed.

There’s no estimated date of release for the next Apex Legends update, but they seem to come every 15 days. If Respawn follows that trend again, players might see Mirage’s buff next week.