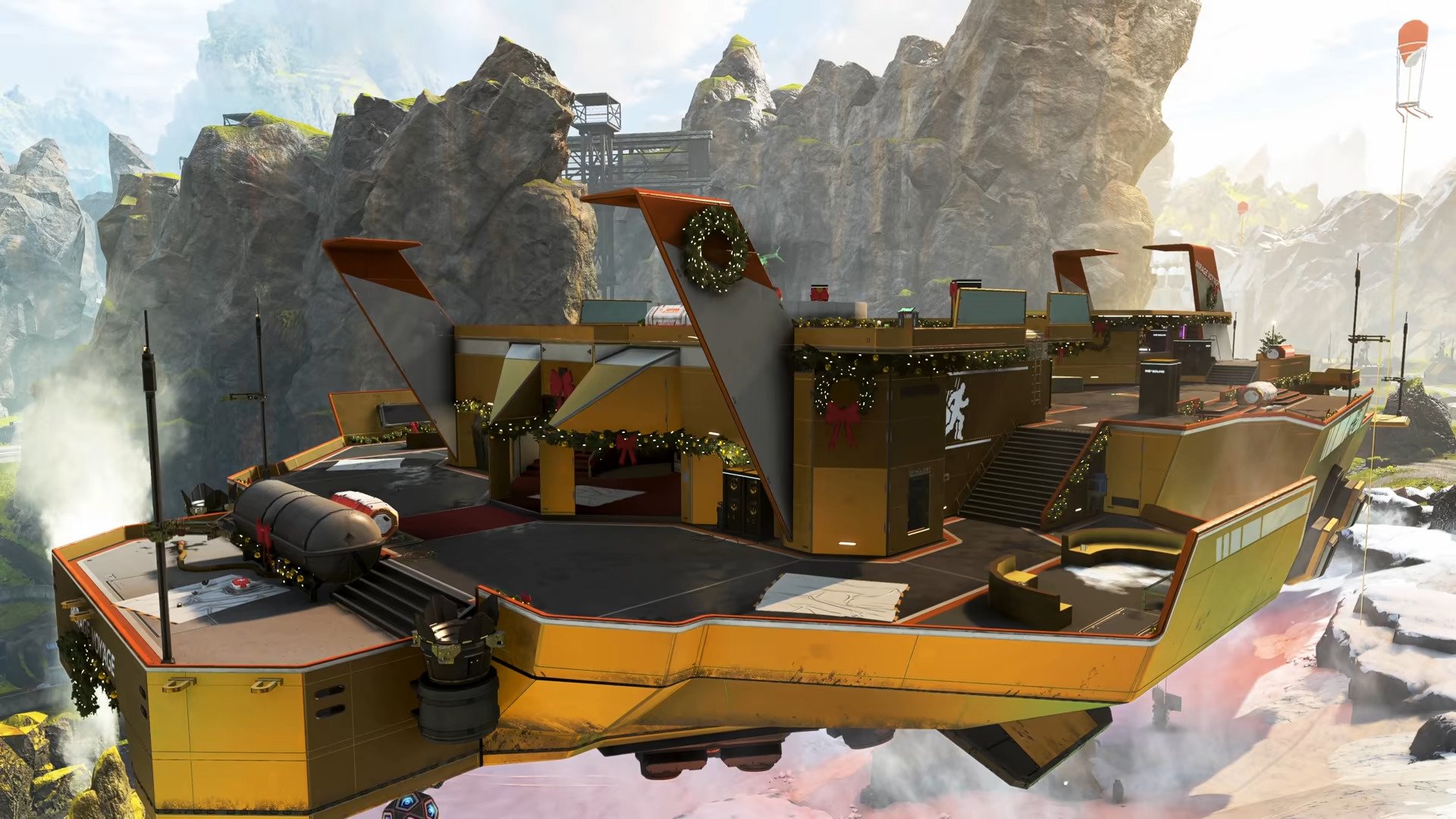 Kings Canyon is back in Apex Legends—with a twist. The battle royale’s first arena has returned to the rotation and it’s bringing the Mirage Voyage, which now floats over the Broken Coast. Players can tour the arena until Jan. 21.

This occasion marks the first time that players can dive into the arena in the normal rotation since the latest season kicked off on Nov. 4. Respawn moved Kings Canyon out of the rotation with the launch of Apex‘s latest map, Olympus. But now, the map has made an early return.

The rotation allows players to drop into the most recent version of Kings Canyon, but with a twist: The Mirage Voyage is floating over The Broken Coast where Skull Town used to be. The areas that came with the latest map updates, including Crypto’s Map Room, Salvage, and Capacitor, are also available as normal.

The Mirage Voyage appeared as part of Mirage’s Town Takeover during the 2019 Holo-Day Bash. It was parked in the northwest corner of World’s Edge until the far-reaching season six map updates, which took out the train, added three new POIs, and removed the Voyage from the arena.

Town Takeovers are usually permanent additions to maps and the Voyage used to be an exception to that rule. With its new home in Kings Canyon, however, it seems like Respawn will still maintain Town Takeovers in the game indefinitely—even if the developers just shuffle the location a bit.

Kings Canyon won’t become a part of the regular rotation for now. The map’s short-lived surprise appearance is only live until Jan. 21. This gives players around a week to relive Apex‘s first map—at least until its likely return in the coming season.