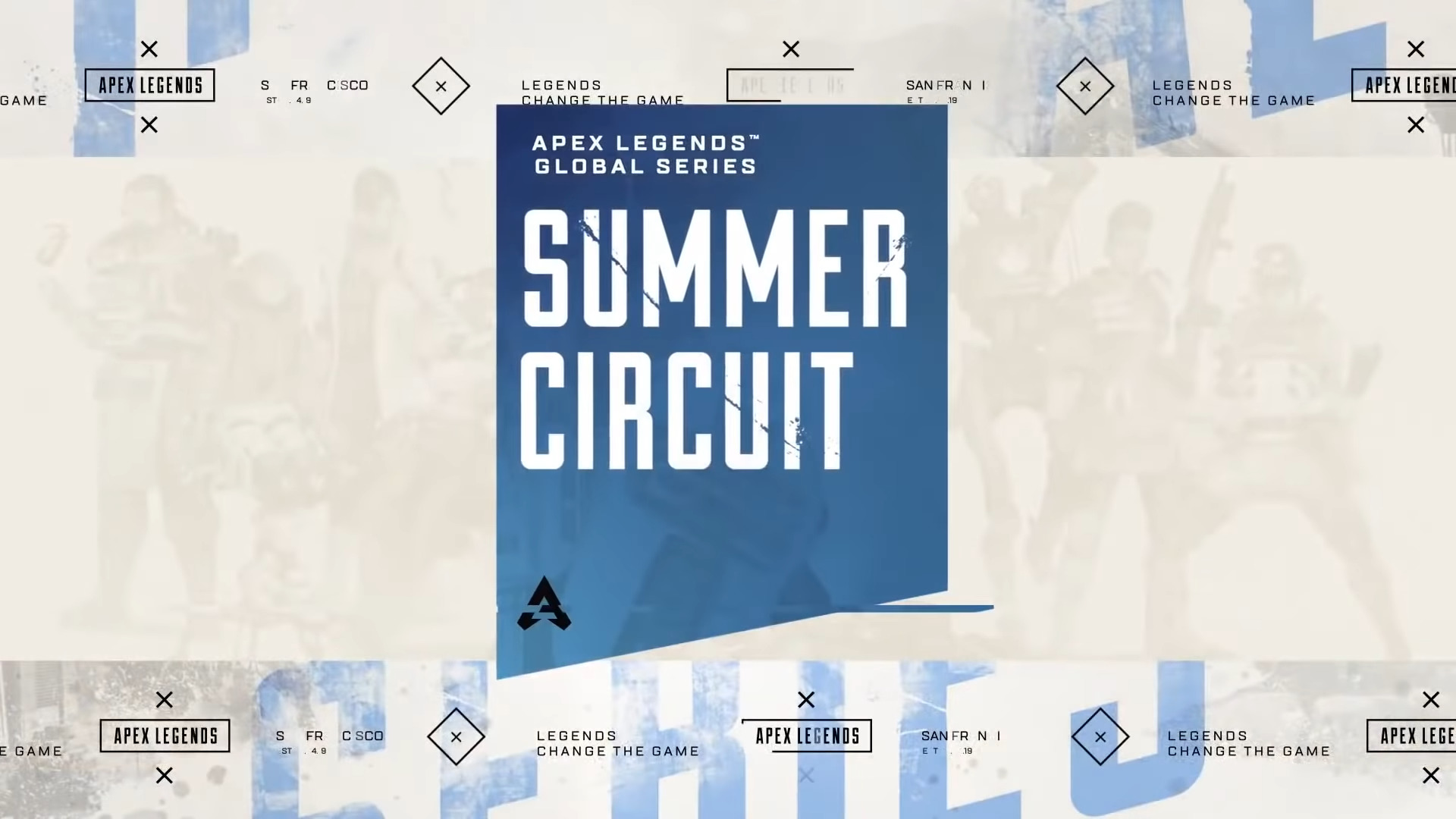 In Apex Legends lore, Kuben Blisk organizes the most popular bloodsport in the Outlands. The former mercenary chieftain helped kickstart the Apex Games driven by a simple reasoning: the survival of the strongest. “They kill you, they’re better. You kill them, you’re better,” he says in the battle royale’s intro cutscene.

Real life doesn’t have Apex‘s flair for the dramatic: there is no Kuben Blisk or a Mercenary Syndicate. In the real world, EA’s Apex Legends Commissioner is a vibrant man called John Nelson. He (thankfully) lacks Blisk’s ruthlessness and bloodlust, but, like the fictional commissioner, is in charge of getting the competition up and running. He’s spent the last few months overseeing the ALGS Summer Circuit, which is drawing to a close after four Super Regionals.

The tournament pits the best teams from each region against each other in true battle royale fashion, competing for ALGS points and a hefty $500,000 prize pool. As the Summer Circuit moves toward its Playoffs, Dot Esports spoke with Nelson about the tournament, the coronavirus’ impact on Apex‘s esports scene, and what fans can expect from the final circles of the competition.

At the beginning of the year, the Apex Legends Global Series (ALGS) aimed to gather the best players in the world and crown the ultimate victor. But the coronavirus thwarted EA’s plans and expectations: it’s impossible to have a global championship in the middle of a global pandemic.

The Summer Circuit isn’t intending to host an all-out, worldwide brawl. Instead, it’s about showing the best of the best in each “super region,” a combination of neighboring continents and countries that square off against each other. It’s not the original schedule filled with live events that EA planned at the beginning of the year, but it’s a fitting replacement.

“Obviously, what we all want to return to is that live event opportunity where we get the best from all regions around the world to see who the world champion is,” Nelson said. “But in the absence of that, it’s been really exciting to see those regional battles play out.” And so far, the region-based format has been “really successful.”

Nelson was particularly ecstatic about the sheer variety of legends seeing playtime in the competition. Tuning into the Summer Circuit “on any given weekend” will let viewers see a wide range of characters in action—from Wattson, Wraith, and Gibraltar to Bloodhound, Revenant, and Crypto. “There is a really exciting diversity in legend use that we’re seeing in the Summer Circuit that I hope continues,” Nelson said.

Just because the Summer Circuit adapted to the circumstances doesn’t mean that the transition into an online model was completely smooth, however. EA was setting up its first ALGS Major live event when the pandemic started to spread around the world in early February, catching the esports team completely flat-footed.

“The most difficult part was, because we were facing the decision so close to the event itself, it was difficult to figure out what you should do,” Nelson said. “Leaning into health officials and trying to get a grasp of ‘could we move forward with the event or do we need to move to an online competition world?’”

Despite the pandemic, the Summer Circuit’s format isn’t designed to wait out the coronavirus. Three to four months is “a good stretch of time for a circuit to play out” independent of the circumstances, Nelson said. In a normal scenario, “the same period of time would work well” in a tournament with qualifiers that culminates into a live event. Now, eight weeks after the Summer Circuit’s first match, the competition is approaching its decisive stage.

Fans can expect a handful of things from the playoffs, but Nelson is excited about one change in particular: an improved version of the match point system.

According to the ruleset, the first team to place first in a match after reaching 50 points—the match point threshold—wins the Playoffs. But last year’s Preseason Invitational exposed a fundamental flaw with the ruleset. Although teams started crossing the limit at around the fourth game, it took TSM 11 rounds to win the tournament. Nelson updated the formula to avoid another protracted final.

“Cumulative performance over the course of the summer circuit will actually grant teams starting points in the playoffs,” Nelson revealed.

Teams will receive points based on their standings and the top squads already start the competition with an advantage over their rivals. Teams who place sixth and seventh will also receive an extra point compared to the previous rules. “So our expectation is that, with those changes combined, the playoffs will last less than 11 matches,” he said jokingly.

To a spectator, the decisiveness of the new feature adds an extra coat of adrenaline to the Summer Circuit. Once a team crosses the threshold, the entire competition can end at any time—and fans will be “watching from the edge of [their] seat to see if the tournament is gonna end now or if there’s gonna be at least another match to come,” according to Nelson.

Live events, however, are out of the question—at least in the short term. The ALGS will adopt the online format “for as long as that’s necessary to keep everyone safe around the world,” according to Nelson.

The Summer Circuit is one of the tools to keep Apex esports up and running despite the coronavirus, but it will hardly be the last event in EA’s sights for 2020. The same goes for the fictional Apex Games. With a successful fifth season, Apex has plenty in stock for the future—and Nelson, like Kuben Blisk, is going to have his hands full.