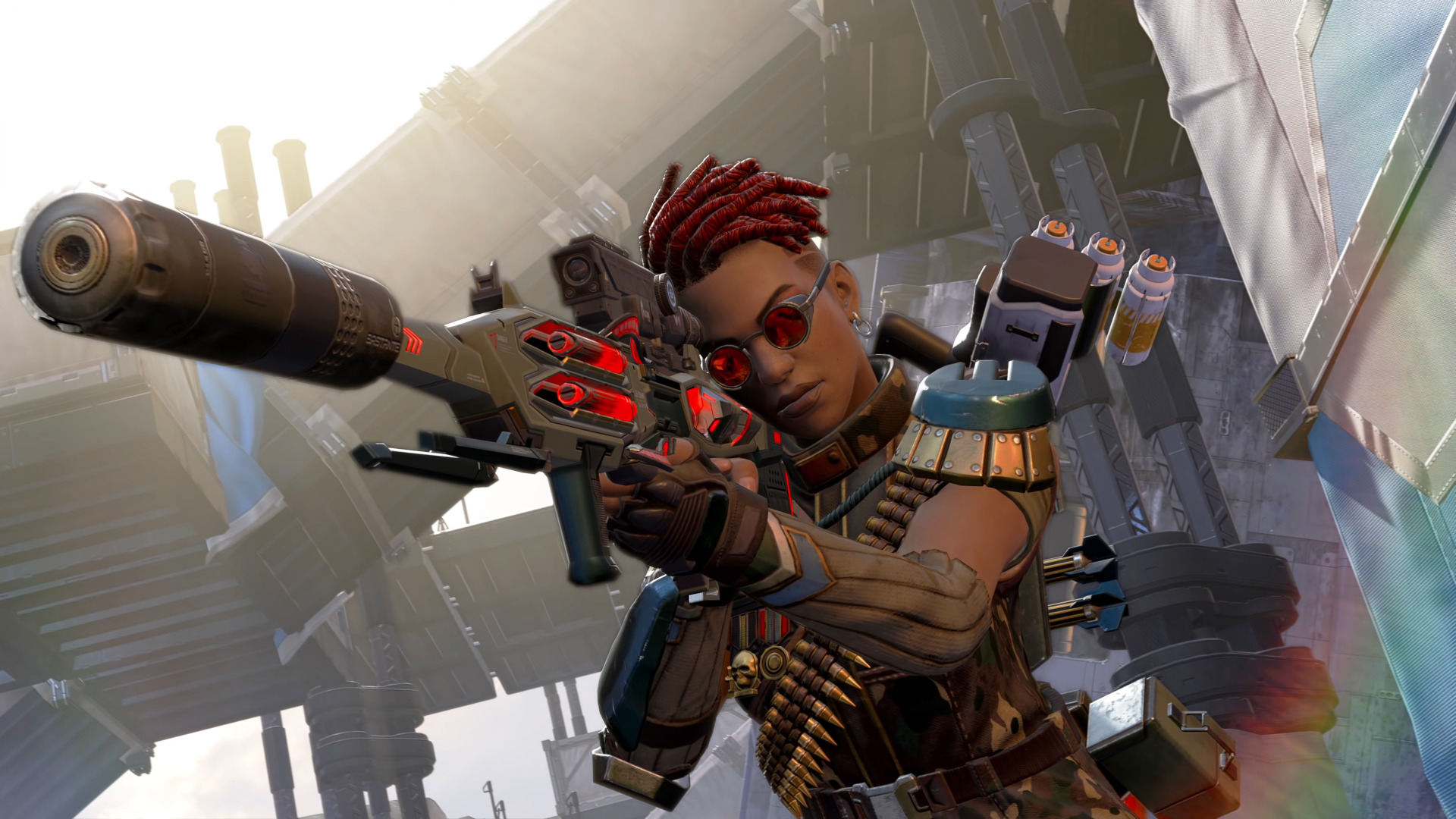 Throughout the years of its existence, Apex Legends has introduced many new characters with exciting ability combinations and backstories. Sometimes, the classics are just too good to give up, however.

Bangalore is one of the original legends in Apex and she fills the standard “soldier” role that many hero shooters come with. Just because her character might sound familiar doesn’t mean you should underestimate her, however. Her abilities are great both for solo players looking to make their mark and for those who want to coordinate with their team, looking for wins.

While she might be combat-focused, her abilities also enable her to act as a pseudo-defensive character that can work with different team archetypes. The best Bangalore players will always be able to combine their abilities with other like-minded players to make the best out of any situation.

With Double Time, Bangalore moves faster while taking fire for a brief time, giving you the chance to escape from enemy fire at an increased pace.

This passive is obviously great in fights or when trying to get out of a bad situation. While most legends are slightly slowed when they’re hit by a bullet, Bangalore starts moving faster. That’s extremely useful when engaging in a close-range fight or when you’re trying to get away from a team in a better position trying to chase you down.

Double Time is one of the primary reasons Bangalore is a favorite character choice for players who like to play the game solo. The speed boost doesn’t last forever, though, so be sure to take cover when you are in a pinch to guarantee your chances of survival.

Bangalore’s tactical ability is simple, yet effective. With Smoke Launcher, Bangalore can fire high-velocity smoke canisters that explode into a smoke wall on impact.

This ability is the one that sets Bangalore apart from other offensive legends in the game since it’s best used as a means of helping her team move from one point to another. As the ring grows smaller and teams are corralled into tighter spaces, Smoke Launcher can be vital for giving your team cover to move from one point to another. It’s also incredibly useful if a teammate is downed, cutting off enemy lines of sight while you revive them.

Of course, Smoke Launcher can also be used as a “get out of jail free” card. Push up too far all by yourself? Put a couple smokes down at your feet, giving yourself some time and space to get away.

It’s always good to keep one of your two smoke canisters off of cooldown, just in case. Just remember that while enemies can’t see through the smoke, it’s also difficult for you and your teammates to make out what’s going on.

Bangalore’s ultimate calls in an artillery strike that slowly creeps across the landscape, inflicting fiery death to all those that walk into it. While the damage Rolling Thunder inflicts can be devastating, the stun effect it has is arguably even worse, practically freezing enemies in one place.

Bangalore’s ultimate covers a much larger area than other legends’ ultimate ability ordinance, like Gibraltar’s defensive bombardment or Fuse’s Motherlode. The trade-off for this area of effect is the amount of time it takes for Bangalore’s artillery strike to actually go off. It’s a fairly easy ultimate to avoid, given all the visual and sound cues it makes while being deployed and the delay before its actual explosion.

Because of this, Rolling Thunder is often best used as an area-denial tool, which players can use to discourage other teams from pushing closer to them.

When using Rolling Thunder, remember that the ultimate will land at the point you throw the ordinance flare and extend forward in a large rectangle from that point. If a team is close and you try to throw the flare directly on top of them, chances are the ultimate will mostly land behind them and not pose too much of a threat. Always throw the flare between yourself and your enemies, and not directly onto them.

Another thing to remember while using Rolling Thunder is that Bangalore can be damaged by her ultimate, and while her teammates are immune to this friendly fire damage, they will still be stunned by a friendly Rolling Thunder going off by them. And, as should be obvious, this ultimate won’t do anything at all for fights inside of buildings, caves, or anywhere else where you can’t see the sky.

If you’re looking to get the absolute most out of this ultimate, it’s a good one to combine with other ultimate abilities. Did your Fuse teammate just trap a full team in The Motherlode? Now’s a good time to use Rolling Thunder.