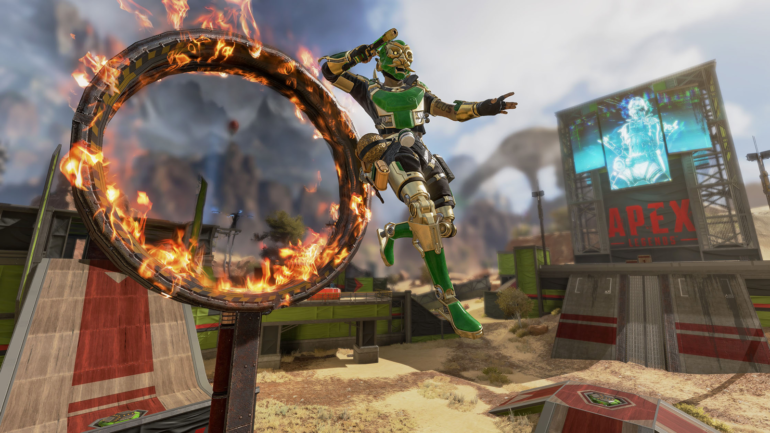 The Apex Legends’ Iron Crown patch added a new zone to Kings Canyon, the Gauntlet. One fan’s guide teaches you everything you need to know to be the last player standing.

The new area, part of Octane’s town takeover, features jump pads, new structures, and a ring of fire. Since it’s the newest feature on the map, Apex players are flocking to it like moths to a flame. An Apex fan created a video with 25 advanced tips to guide you in all of your Gauntlet endeavors.

In the video, YouTuber Lord Spink shows a detailed map that he created of what the loot looks like in Gauntlet.

Lord Spink said the first step to coming out on top in Gauntlet is by snagging that special item in the ring of fire, which can be anything from high-level armor or backpacks to legendary weapons.

While most players land on the jump pad to propel themselves through the ring of fire, the YouTuber has a foolproof way to beat every player to the special item.

“Jump straight down onto the ring,” Lord Spink said. “It’s literally that simple. Everyone’s afraid to jump on to the ring because they’re like ‘oh no, it’s fire. It burns.’ And it literally does one or two damage per second.”

Lord Spink also suggests using the jump pads to launch yourself in and out of danger, especially when your enemies have armor and you don’t, or to gain an advantage with the high ground. Since there are eight launch pads in Gauntlet, using them efficiently is a must.

For players who get an early sniper, you can use the nearby jump tower to skydive into the “Out of Bounds” areas that give you a perfect vantage point of your enemies. Pathfinder can also access these areas with his Zipline ultimate ability.

With these tips, Apex players can now rule the Gauntlet.