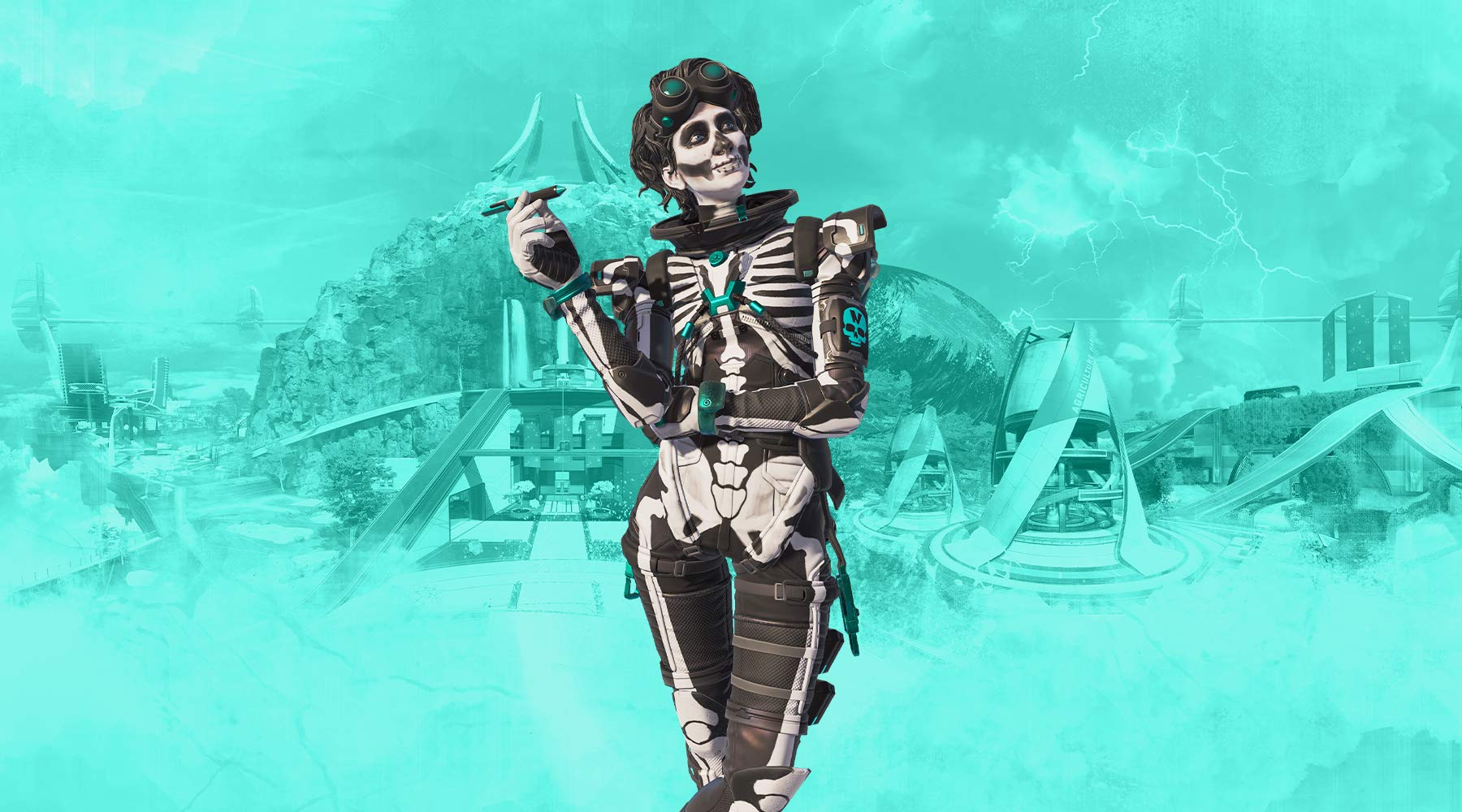 Apex‘s latest legend is getting a new Prime Gaming skin called “Inverse Polarity,” which makes her look like a skeleton. The visual is available until Dec. 28.

Horizon was released after Apex Legends’ Halloween event, but that hasn’t stopped her from getting a spooky new look. The new Prime Gaming skin dyes her spacesuit with a skeleton pattern and a fully black background.

The visual also applies a skull-like makeup to Horizon and dyes her hair black instead of the usual red. The accents are the only part of the visual that aren’t black and white: they take on a Turquoise hue instead of red in the base skin.

Horizon getting a new skin isn’t a surprise. Apex has released a Prime Gaming skin for the new legend at the start of each season since Revenant’s debut in season four, Assimilation. Prime Gaming skins usually launch around the middle of the month, but the Inverse Polarity cosmetic is an exception to that rule, possibly due to Respawn releasing season seven one week in advance.

There’s a short one-week window where players can grab two skins in one go. Lifeline’s Pastel Dreams visual leaves shelves next week on Nov. 17. The skin gives the combat medic a different color palette with mostly yellow, black, and pink, and adds some graffiti-like patterns to her shirt to echo the visual identity of Apex‘s sixth season, Boosted.

To get the Prime Gaming skin, players must link their Prime Gaming, Twitch, and EA accounts. Players with several platforms must pick one to receive the new cosmetic. “Content will be available only on the first platform you log into with your linked EA account,” the official FAQ reads.