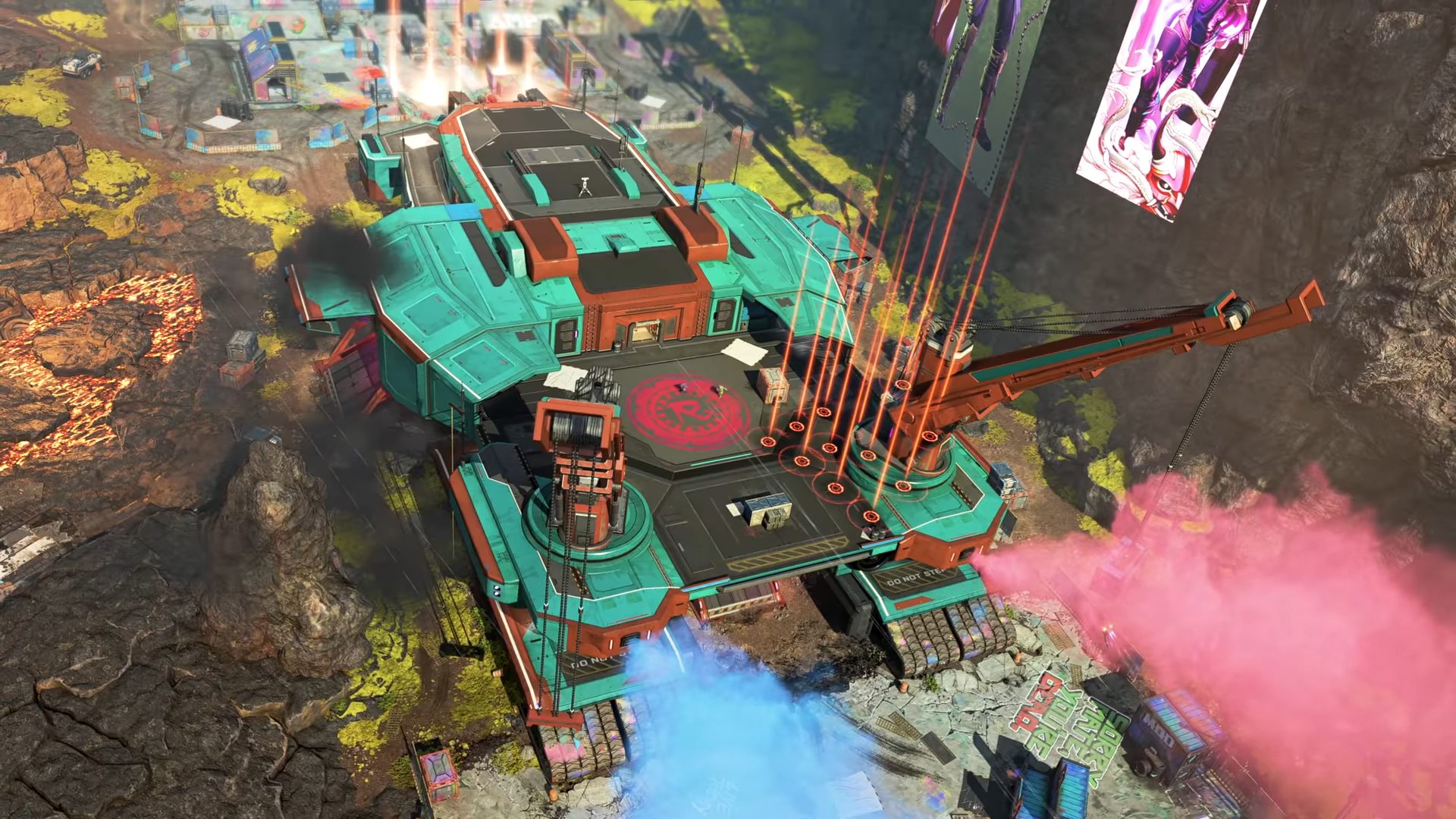 Apex Legends’ next event, Evolution, will launch with a series of major tweaks and balancing adjustments on Sept. 14.

In addition to Rampart’s Town Takeover and heirloom, there’s also major balancing and quality-of-life changes coming to a series of legends and weapons. Here’s what’s changing, according to the official patch notes.

Evolution brings a series of changes to the cast and the weapons of Apex. Rampart will receive a much-needed buff, while Octane gets a nerf. Evolution also touched on a series of tweaks for a myriad of weapons, including the L-STAR and the EVA-8.

Rampart will now be able to carry Sheila into battle. The legend can “run around with Sheila out” and “shoot while walking,” according to the notes. Although Rampart can switch to and from Sheila as long as she has ammo and doesn’t hit the cooldown time on the next ultimate, she only has one magazine in this mode. The legend can set the turret down at any point, though, and it will resume to its usual state—and Rampart can’t pick Sheila back up.

Octane also took a hit with his jump pad distance decreased by “10 to 15 percent,” according to the notes. Respawn toned down his health regeneration to one HP per second (down from 1.5).

Revenant and Bloodhound are getting minor quality-of-life tweaks. The simulacrum’s Death Totem now has a visual effect “similar to the pulse on Loba ult placement” to increase visibility and pinging tracks with the tracker’s passive will show how old the trail is.

The Evolution update also brings a series of tweaks to weapons, with the most thorough adjustments going to the L-STAR. The LMG got a “slightly increased” cool-off time and overheat lens replacement (its reload counterpart), and can fit less ammo before overheating. Here are the new capacities:

Respawn also increased its price in Arenas, effectively locking it out of the first round without interfering too much with its total pricing to upgrade. The new values are:

Evolution touched on the Helmok, a once-ubiquitous weapon that fails to live up to its glory. The developers “reduced its hipfire spread” and made hip firing reset “slightly faster.” The tweaks mean to bring back some (but not all) of its hip fire strength to help it “feel more consistent in close quarters”‘ without overtuning it or balancing its “medium-range excellence.”

The Bocek saw slight adjustments with its draw time (0.54 seconds, down from 0.56) and ammo amounts, with bricks granting 16 ammo (up from 14) and a max of 32 arrows per inventory stack (up from 28). It also got a boost with the Shatter Caps hop-up, increasing damage per pellet across all draw strengths.

The Shatter Caps hop-up also changed when equipped on the 30-30 Repeater, granting shotgun-level ADS strafe speed when the mode is enabled and increasing the charged pellet damage multiplier to 50 percent (up from 35). Switching into Shatter Caps “can still feel a little punishing,” so “increasing the damage potential and improving the CQC flow of the 30-30 should help Shatters feel a little more accessible and rewarding,” according to the notes.

The EVA-8 and Mozambique took a hit in precision damage. Respawn dropped their headshot damage multiplier to 1.25 (down from 1.5) to keep it in line with the rest of the shotties. The measure has different implications for each weapon.

The EVA-8 has “a lot of power in its speed and leniency” compared to the Peacekeeper and the Mastiff, with an edge on firing rate and consistency. Respawn wants to shave off some of its spike damage to “even the playing field.” The Mozambique, on the other hand, will go under the knife to set a standard across shotguns and to “give the P2020 some space” as the precision weapon for the early game.

The final tweak on the list goes to the Triple Take, with a decreased charge time (0.8 seconds, down from a second).

Outside of legends and weapons, Respawn added a series of minor (yet handy) quality-of-life tweaks. The out-of-bounds timer dropped to 15 seconds (down from 30). In addition, “swapping from Red to a Gold Shield with more health no longer requires a long press,” and Evo Shields in deathboxes will now display their health, according to the patch notes.

Respawn overhauled the warning for leaving a match early with a different highlight color, a red text showing the upcoming penalty, and the requirement of holding down the button for a small amount of time instead of just hitting it to trigger the action.

Apex will also display a character icon next to the “detected” widget to let players know what legend has spotted them. Being identified by a Crypto, for instance, is far different than being spotted by a Bloodhound.

The update also comes with a plethora of bug fixes, including for “an exploit where players could get continuous missiles after exploiting Valkyrie’s passive/tactical as well as use the VTOL jets infinitely,” according to Respawn.

The Evolution patch will take out tap-strafing, a movement technique that allowed for sharp turns mid-air. “You’ll no longer be able to bind forward movement to the Mouse wheel on PC,” the notes read. “This previously enabled an exaggerated movement tech known as ‘Tap Strafing.'”

The post also added a write-up by associate live balance designer John Larson, which he published on Twitter last week.