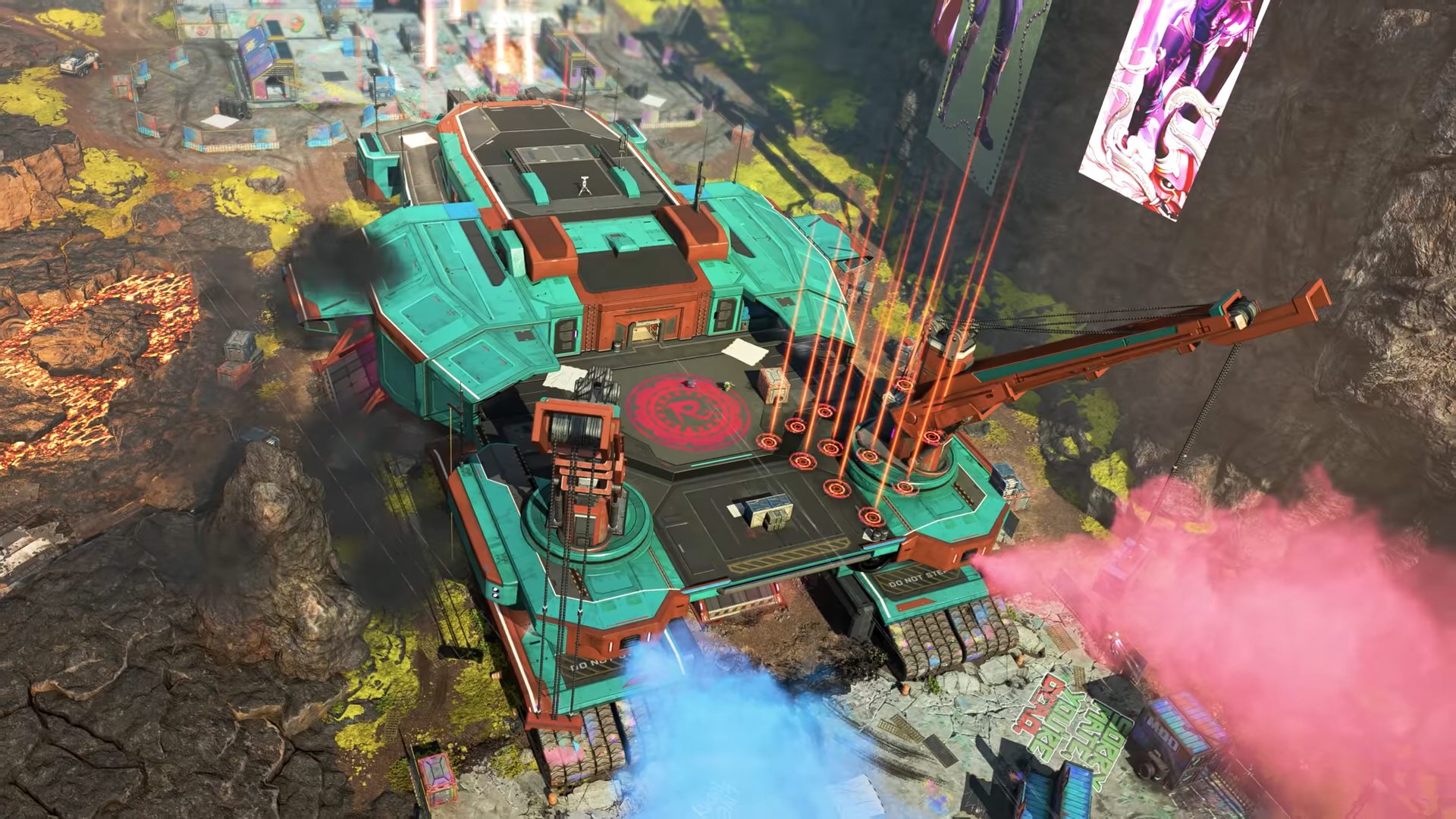 The Evolution Collection Event is bringing a new town takeover, a Rampart heirloom, and lots of new skins to Apex Legends on Sept. 14.

The biggest change coming with the event is the addition of Big Maude, Rampart’s ship, to World’s Edge. Big Maude will be located between Lava City and the Geyser and will give players a new place to loot and fight. Players can also use materials to purchase Rampart’s Custom Modded Paintball Weapons, which come fully kitted at different tiers. The change will remain until the end of Emergence.

Rampart will be taking over the game’s Arenas mode in Rampart’s Arenas Extravaganza, offering a “discount” for her loyal customers. Players will be able to purchase a rotating variety of modded weapons, which are always the highest tier of a given weapon.

Rampart is also receiving big changes. Her much-requested heirloom is arriving in the form of Problem Solver, a red wrench that she can use to whack anyone in her path. She’s also getting a yellow and blue armored skin. Her ultimate is getting a buff, too. Rampart will now be able to pick up the Sheila minigun, allowing her to run and shoot while holding it. But the gun’s spin-up is longer while Rampart is holding it and she only gets one magazine. Rampart can put it away and pull it out as long as it has ammo and the cooldown time hasn’t been reached. But once she puts it down on the ground, she can no longer pick it up and run with it.

Rampart isn’t the only legend who’s getting a new skin. Wraith is getting a new ghostly blue and purple skin, while Pathfinder will have a new rounded navy-colored cosmetic. Bangalore, Octane, Fuse, Mirage, Lifeline also appear to be getting new skins, many of which are cybernetic or technology-themed.

The event launches on Sept. 14 alongside new buffs, nerfs, and tweaks.