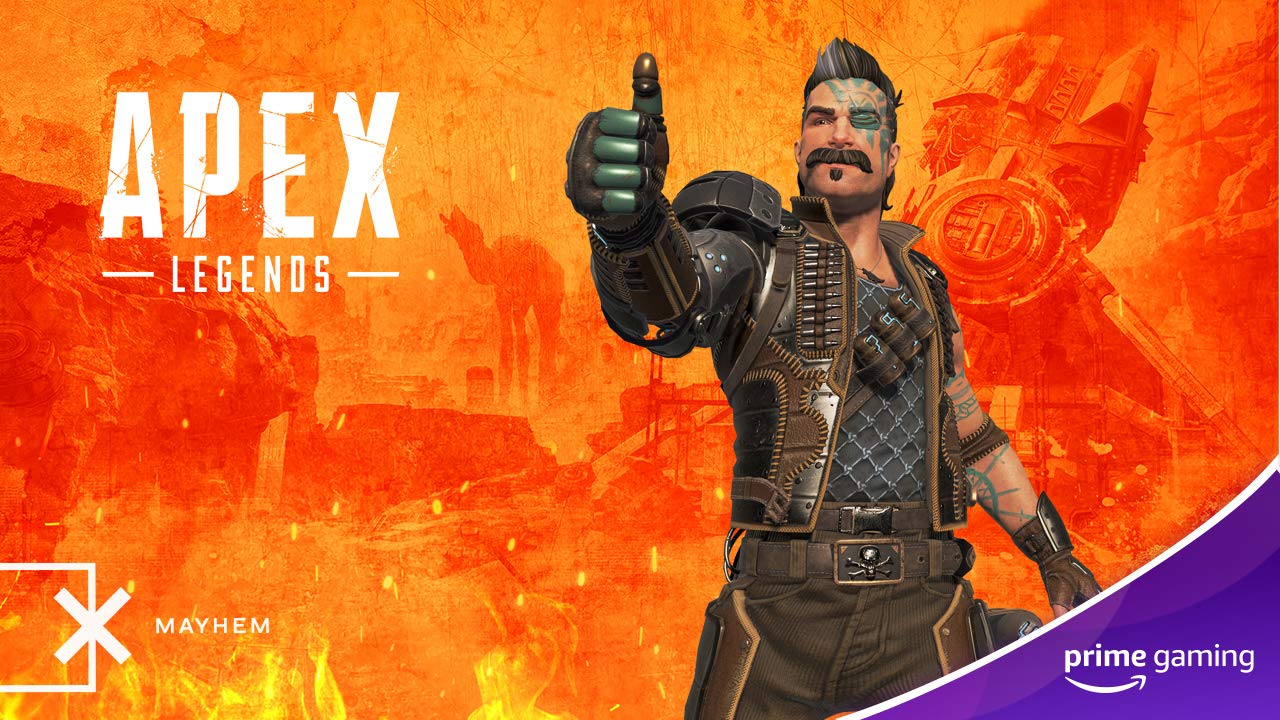 The Ambassador of Boom is getting a new look to enter the Apex Games with style. Apex Legends’ latest Prime Gaming skin is for the season eight legend Fuse and it turns him into a bona fide Salvonian rebel. Players have until March 15 to grab the reward.

The Freedom Fighter visual changes the palette on Fuse’s default outfit to colder colors and adds a series of symbols to his look. The most noticeable one is on the left side of his face, with a sun-like drawing covering his eyepatch. The tattoos on his left arm also change to a series of symbols—with an unknown meaning, at least for now.

Fuse’s robotic arm also changes color from gold to silver and has a new insignia that matches the tribal drawings on the rest of the visual, instead of the plain metallic design.

The visual is likely a reference to Fuse’s home planet Salvo, which resisted the Syndicate’s advances in the past. In his episode of Stories from the Outlands, Fuse and his friend Maggie encounter the corpses of Salvonian freedom fighters—and his new look could be a nod to the planet’s history.

Fuse getting a new Prime Gaming skin was expected. Respawn usually releases a Prime cosmetic for new legends at the beginning of a season, in addition to their own store bundles and seasonal editions. The Explosives Enthusiast also has a rare battle pass skin that’s available as soon as players purchase the premium pass.

The timing on the release is a departure from Respawn’s usual schedule for Prime Gaming cosmetics, though. The visuals usually launch around the middle of each month, but Fuse’s cosmetic is an exception to celebrate his addition to the Apex Games.

To redeem the new visual, players must link their Amazon and EA accounts and claim it on the appropriate platform. In addition to the Freedom Fighter look, players can also snag Wraith’s Queen of Hearts Prime Gaming skin until Feb. 17.