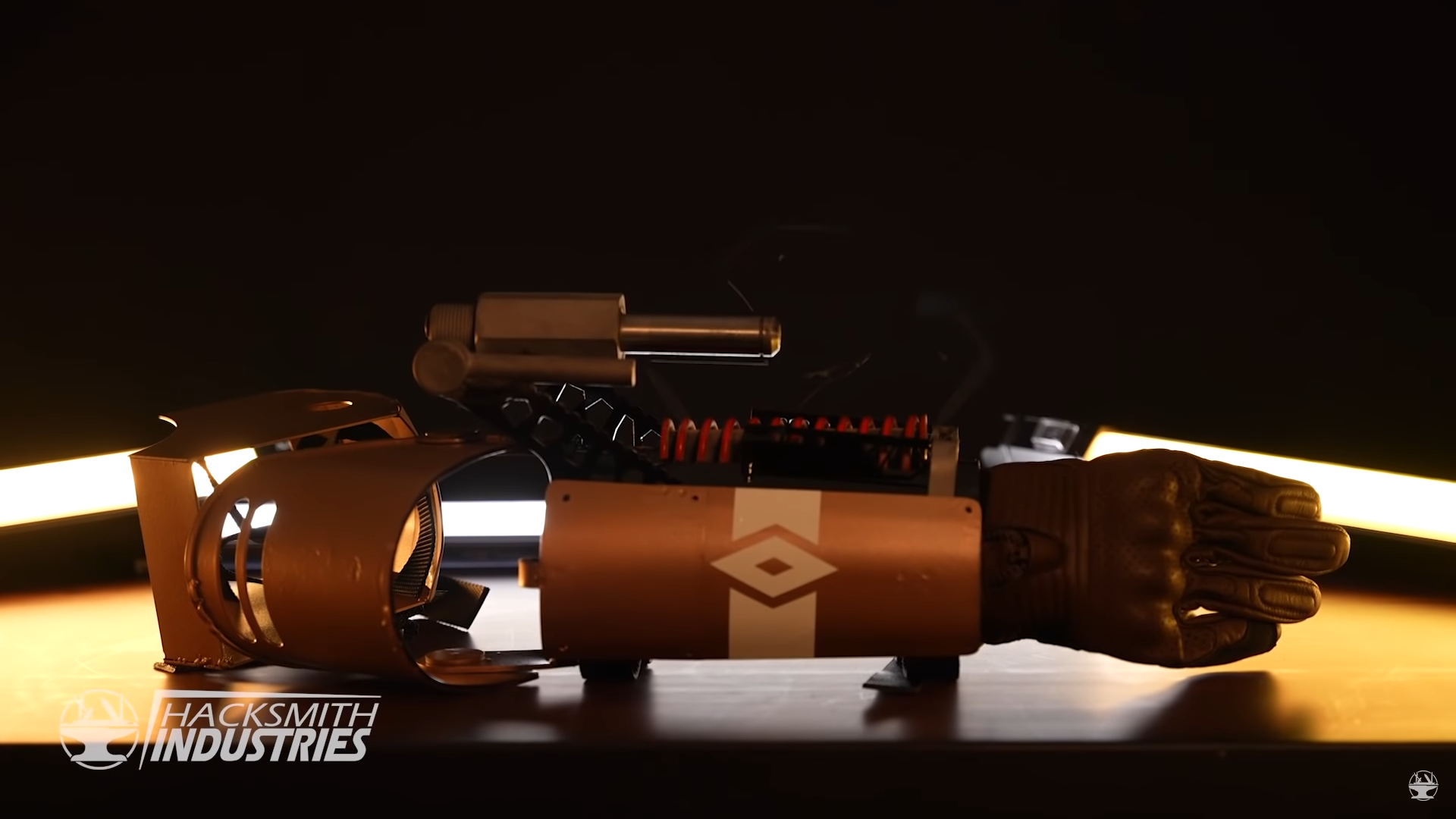 Apex Legends fans may have considered the handy applications of Fuse’s bionic arm, but a group of engineers took it to the next level by actually building a functional replica of his grenade-slinging gauntlet.

The gadget is the work of Hacksmith Industries, an engineering YouTube channel devoted to bringing comics, movies, and video game artifacts to life. Their latest creation is Fuse’s mechanic, grenade-slinging arm. They shared the details of the build in an EA-sponsored video.

The group opted to make a launcher instead of guns since they’re prohibited in Canada and “a good way to get your video demonetized.” The gadget fires over-the-barrel darts, propelled by compressed air. It passes through two little vent holes in the gauntlet and pressurizes a small chamber in the launcher, which sends things hurling at great speed just like a Fuse grenade would.

Building the launcher is only part of the effort, however. The engineers also copied the design on Fuse’s arm to fit the device into the gauntlet, just as Fuse’s bionic arm would work. The replica seems nearly identical to Fuse’s arm, down to the details on the stickers and mechanical parts.

After the ensemble was welded together, it was time to field test it. Engineer James “The Hacksmith” Hobson fired a plethora of different projectiles with the device, including a replica of an Arc Star, a Nerf grenade, a metal fist, a smoke grenade, and a can of Red Bull (the latter, unsurprisingly, burst as soon as Hobson pulled the trigger).

While the real-life prototype isn’t capable of flinging a grenade over 200 meters away like its in-game counterpart, the replica can do a serious amount of damage—as is to be expected when launching heavy pieces of metal at breakneck speeds.

Hacksmith Industries’ YouTube channel has assembled a plethora of other props from fiction, including Batman’s grappling hook gun and a flaming Ghost Rider helmet—more terrifying than a Gibraltar with a red Evo Shield.