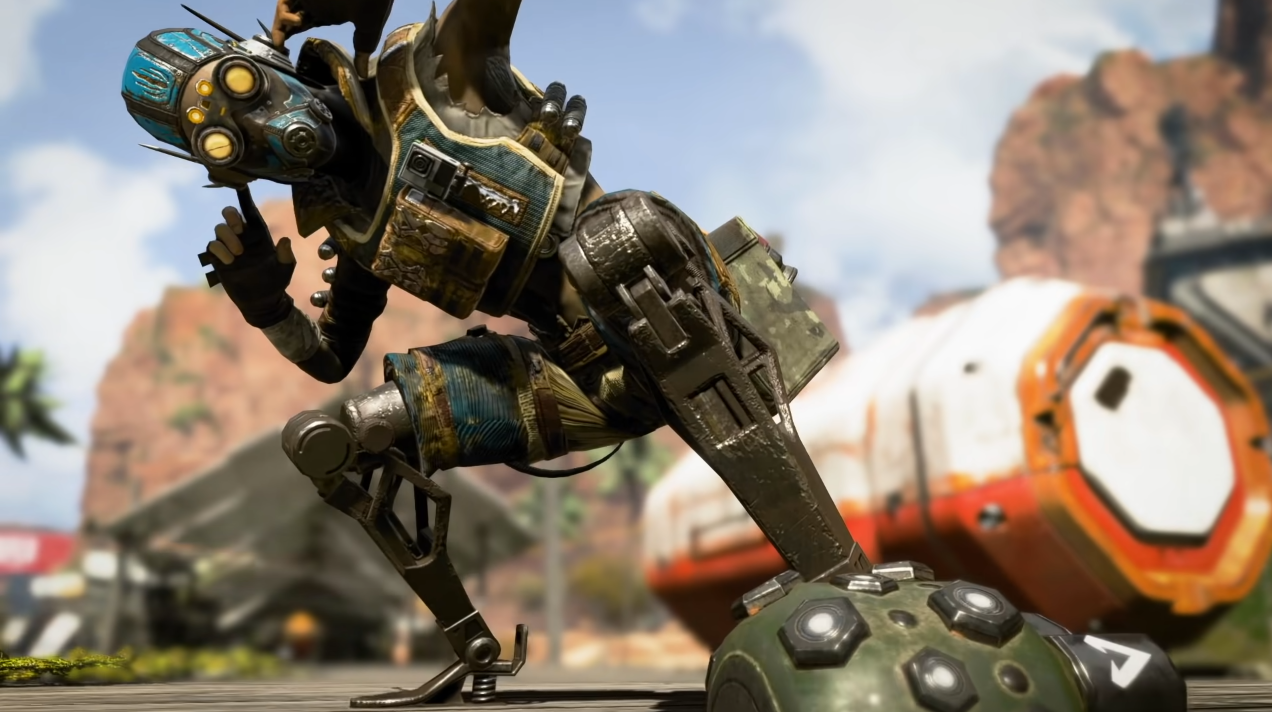 Like most other live-service games, Apex Legends is known for the customization it gives to players with different outfits for its characters. While skins have been able to add helmets in the past, one of Apex’s developers recently explained why it would be difficult to remove one from Octane.

Lead animator Moy Parra tweeted a picture of Octane without his signature face mask, saying that one thing they get asked all the time is when an unmasked skin for the character is coming. But, according to Parra, it may never be due to the character model’s limitations.

“The real challenge is that we never made any facial animation for him,” Parra said. Since Octane was envisioned with a mask, there’s nothing under there that can make different faces. Parra explained that because of this, “he would have a blank expression for everything.”

This likely isn’t how fans have envisioned Octane’s face, with a constant slack-jawed look, so Respawn hasn’t worked on taking off his mask. But in another tweet, Parra said it would be difficult to remove the mask from a character. “It’s much more feasible to put a mask or a helmet on a character that already has a face,” Parra said.

Characters like Wraith or Horizon, who have faces already, are much easier to work with when it comes to masks and helmets. Parra said it would be “VERY challenging” if they were to try to add a face to Bloodhound or Octane.

This is bad news to any fans who were hoping to see the nitrous-fueled legend smirking as he speeds past them. While Parra doesn’t outright say it’s impossible, he does not indicate that it will be coming anytime soon.