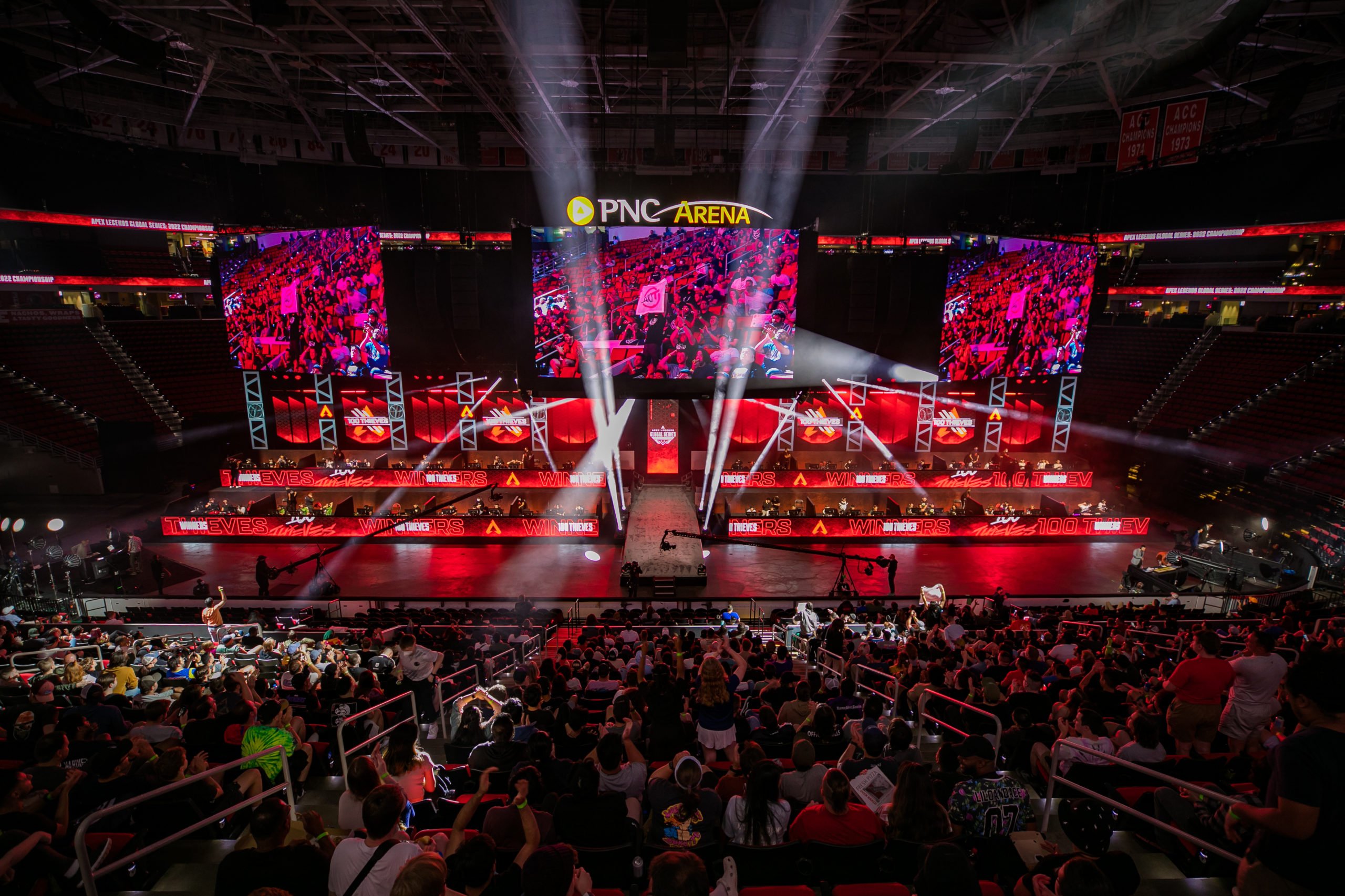 The competitive Apex Legends scene isn’t any stranger to new teams leaking, with players often streaming scrims and easy slips on stream often revealing moves for free agents. It’s not quite as common to see a team’s rumored entrance into Apex seem to be confirmed by a skin leak, however.

FaZe Clan has yet to have an official team compete in the ALGS Pro League, but if a black weapon skin with FaZe’s iconic logo that was leaked is anything to go by, that might change soon. The skin was one of many that were datamined following the Beast of Prey update.

Both NICKMERCS and Snip3down have competed in ALGS while signed to the org, although neither of their teams has represented FaZe. So while it’s possible this skin simply honors the two FaZe competitors ahead of North America’s Pro League, it seems far more likely that the skin confirms what’s already been rumored: FaZe will most likely sign a full squad to compete in ALGS under the FaZe banner. All of the ALGS skins that have been datamined so far have been for full teams playing in the ALGS, making the possibility that the weapon skin is honoring individual players not very likely.

The skin leak follows a slip-up that Snip3down himself made on stream a few days ago, revealing that he had talked to FaZe Clan about something before abruptly being cut off by current competitive Apex teammate Mac “Albralelie” Beckwith. The awkward stream interaction, combined with the datamined skin makes FaZe’s introduction into Apex seem likely.

Whether and when exactly FaZe will announce a new Apex team will probably depend both on the beginning of Pro League and the nature of Snip3down’s contract with FaZe in regards to his Halo career. While he no longer plays for FaZe Halo, he still competes with eUnited under his FaZe Clan tag. He is set to compete at HCS Orlando this weekend and may be playing at HCS Worlds in October as well.