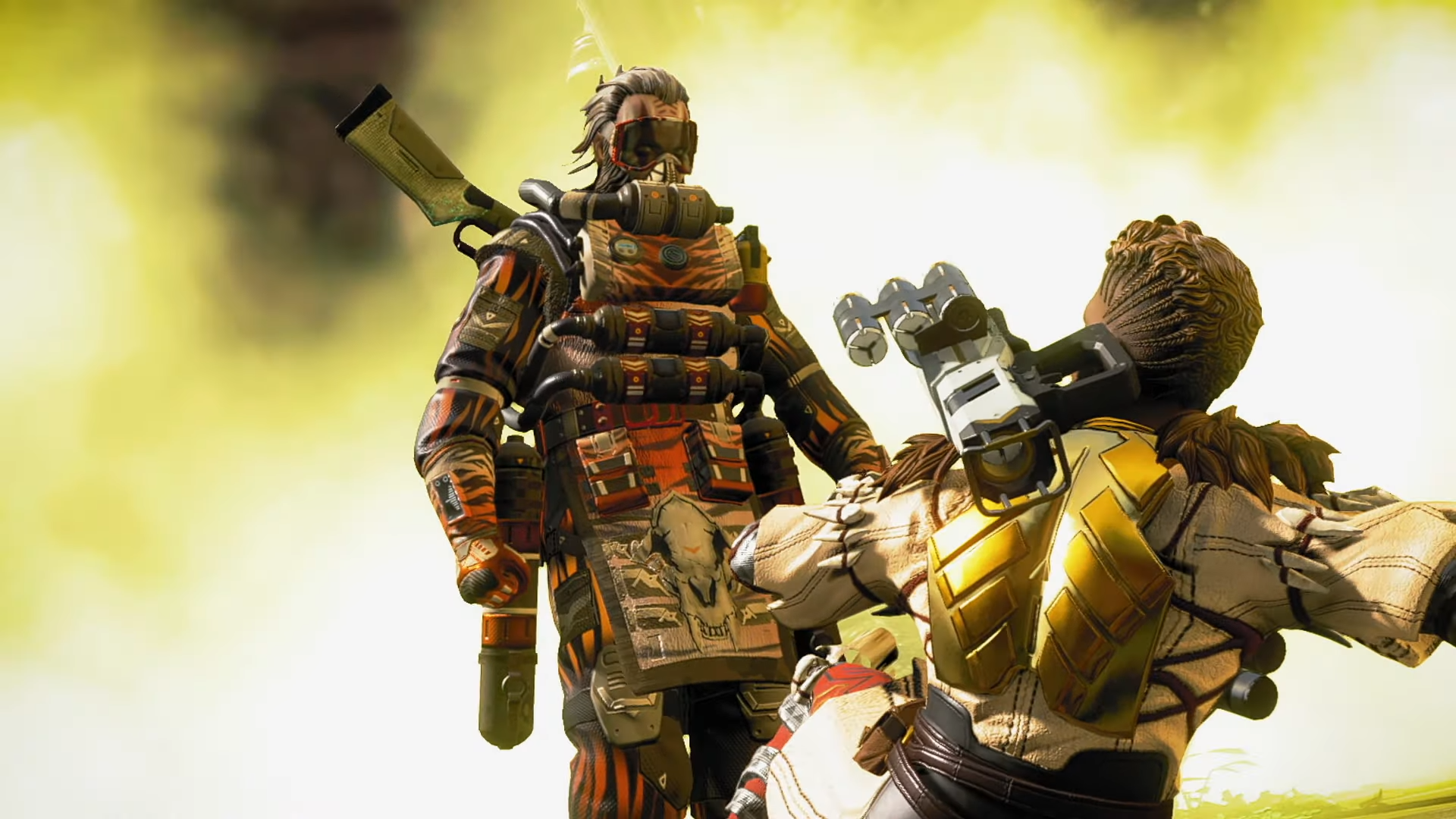 Bangalore and Caustic may see more play in the next seasons of Apex Legends and not just because of their kits. The legends could be next in line to get heirloom sets, according to data miners. The season six game files contained information on upcoming heirlooms and revealed that the two legends are likely to get one next.

Caustic is in line for a new heirloom. Data miner Biast12 found strings that refer to the name of his melee weapon skin. Although the code isn’t in English, the scripts show the heirloom’s name in four different languages and they all loosely translate to “Hammer of Death” or “Death Hammer,” which gives an idea of what the scientist’s new weapon could look like.

Caustic’s heirloom may come to Apex as soon as September. Data miner Shrugtal uncovered the Aftermarket collection event, which could bring Caustic’s sledgehammer to the battle royale. Code strings show that players will unlock the set for free when completing the event collection, like previous heirlooms.

Respawn’s usual schedule offers a collection event around the six-week mark in a season, which would place the Aftermarket event in September. Shrugtal said the event could go live even earlier based on store data—on Sept. 8, just three weeks from now.

Sergeant Williams’ heirloom is likely to be a Tonfa. The files indicate that Bangalore’s heirloom will be named “Bangalore Tonfa,” a clear indication of what it could look like, according to Biast12.

Although shipping two heirlooms in a season isn’t Respawn’s standard protocol, the data miner said the two items are likely part of Boosted. “They wouldn’t have been in the files this early if it was for season 7,” he said.

Although data-mined information is usually accurate, Respawn hasn’t officially confirmed any of the features, the collection event’s release date, or even its existence.