Octane may be finally getting that skydive selfie emote. 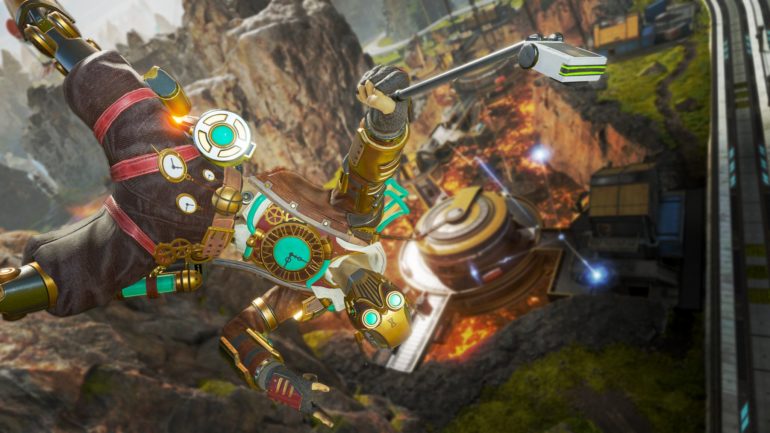 A handful of lucky characters in Apex Legends could be getting a new batch of skydiving emotes next season, according to data miner iLootGames. He found animations for Wraith, Caustic, Crypto, and Octane in the game files.

The files list four new emotes for some legends, according to him. Caustic’s is called “Barrel Roll,” which is likely a wordplay involving one of his barrels of Nox gas. Crypto’s emote is named “Top Gun” and could be a reference to the classic 1986 movie. Wraith’s is cryptically listed as “ninja,” and it’s unclear what it could be.

Octane’s emote is called “selfie” and could finally be the highly-anticipated skydive emote that sees Octane take a mid-air photo of himself. It would also be in line with the character’s personality and how Respawn constructed him.

Octavio “Octane” Silva is the heir to a wealthy pharmaceutical company who decided to take the lull out of his life by performing “death-defying stunts” and sharing footage of his endeavors to fans. He lost his legs in one of his attempts at launching himself off the ground with a grenade but got a new prosthetic pair of limbs from his friend Ajay Che, also known by the alias “Lifeline.” After Octane realized he could fix his legs at a moment’s notice, he became even more daring and decided to join the Apex games as the ultimate challenge.

Respawn frequently displays the character taking airborne selfies. One of the wallpapers on the official website shows him taking a mid-air selfie, a gesture that’s repeated in the season two trailer and, more recently, in a promotional picture for the game’s Grand Soirée event. The latter appears to be actual gameplay footage rather than concept art or an animated short. Fans caught on and speculated that Octane could be finally getting the anticipated skydive emote—and iLootGames’ leaks point in that direction.

The data miner also obtained the icons for two of the emotes, which adds to their veracity. If the animations make their way into the game, it’s likely that they’ll be added as part of Apex’s next season, scheduled for Feb. 4. In the meantime, players can join the game’s Grand Soirée, its Art Deco-themed event that takes place until Jan. 28.