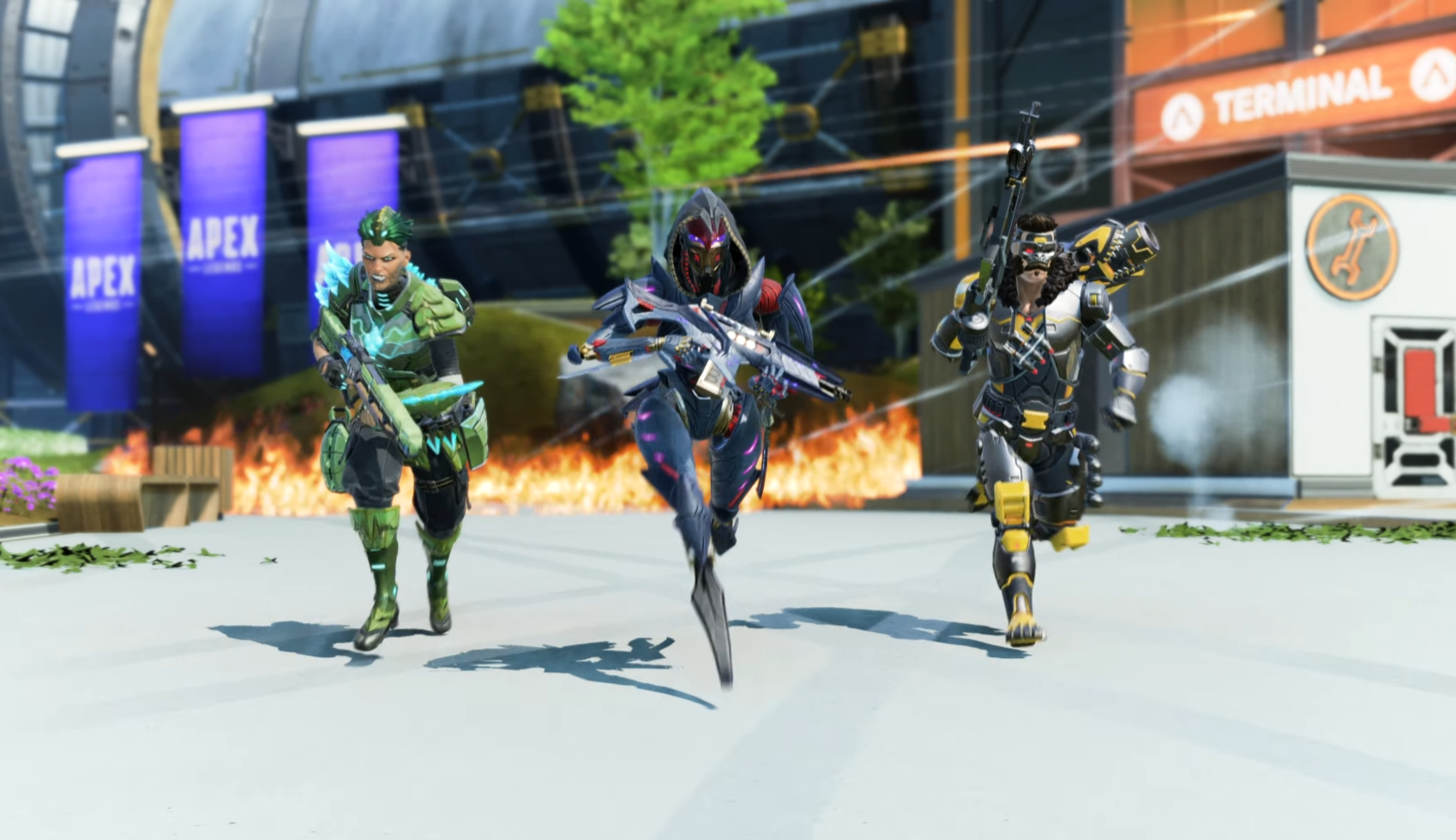 Days ahead of the Apex Legends Global Series Championship, one of the world’s best teams has a new organization to represent. DarkZero officially signed the former roster of Reignite today. The Split Two Playoffs champions will represent the organization at the Raleigh LAN.

Previously, the trio of Rhys “Zer0” Perry, Rick “Sharky” Wirth, and Noyan “Genburten” Ozkose represented the Japanese organization Reignite. The org was one of the few that managed to run multiple teams in different regions, with the Australian trio playing in APAC South, while the org also had a short-lived Reignite North squad play in the APAC North region. the Reignite North squad disbanded shortly before the ALGS season began, with no organization allowed to field multiple teams in the competition, and the Australians became the organization’s only squad.

Following their win in Stockholm, the Australians have a new organization, although one that is not native to their region once again. DarkZero is a North American org and this is its first foray into Apex. The org also has teams in VALORANT and Rainbow Six Siege.

While it’s not uncommon for organizations to sign teams based in other regions outside of their own, signing with a North American org does make it seem like some previous plans from the Reignite squad will move forward. Both Zer0 and Genburten have spoken on their plans to move to North America recently, with the region offering the squad better competition, opportunities, and more consistent internet connection than in their native Australia. Signing with a North American-based organization will most likely make it easier for the Australian nationals to get visas to work and live in the region.

Exciting times are ahead for the squad. The team’s surprise win in Stockholm made the entire Apex community reassess their perceptions of which regions were stronger than others. Now, they look to repeat the feat.

The ALGS Championship begins on July 7 and runs until July 10 in Raleigh, North Carolina.