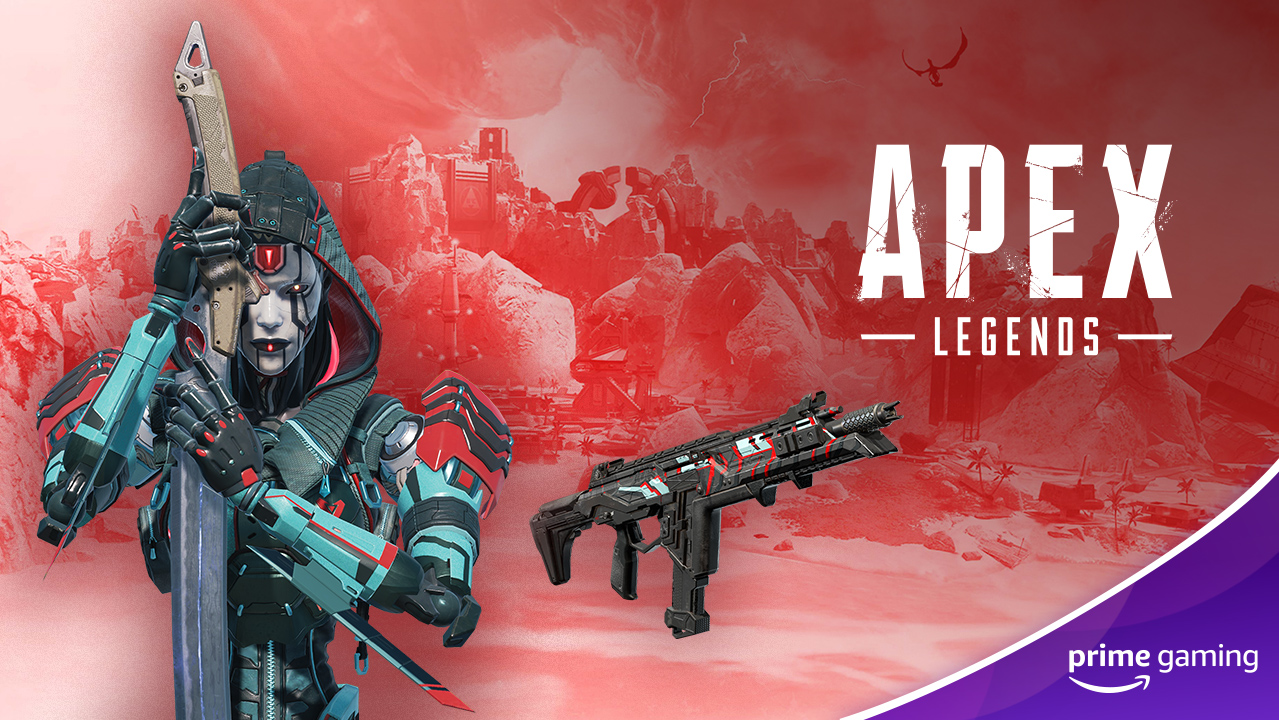 Still looking for a way to stand out from the newly formed crowd of Ash mains all using one of the same five skins? Apex Legends and Prime Gaming have you covered. The Venom Blade bundle is now available to anyone who has both an Amazon Prime subscription and a Twitch account.

Ash’s bundle is much like the bundle released for Wattson last month; it includes a legend skin, a weapon skin, and a banner frame for those who obtain it. The epic-tier Venom Blade legend skin is instantly one of the best-looking skins for Ash in the game, and it comes with the rare Red Alert R-301 skin, as well as the Super Charged banner frame. All of these skins look incredibly sharp, with bright red streaks and splashes of light blue and teal atop dark black and grey backgrounds.

The full effect makes Ash look, somehow, even more intimidating than before—and she started as a murderous robot trying to shed the last remaining bits of her humanity that were awoken inside her against her programming’s will.

Like the Apex Legends and Prime Gaming bundles that came before it, players can get this bundle for free if they go to the Apex page on Prime Gaming’s website, and link their Twitch account with their EA account on whatever platform they use to play the game. After they’ve done that, the rewards should simply appear the next time they open their game.

This bundle is available through Dec. 10, so players should head over to Prime Gaming and claim their rewards if they want to be a terrifying simulacrum for the holiday season.