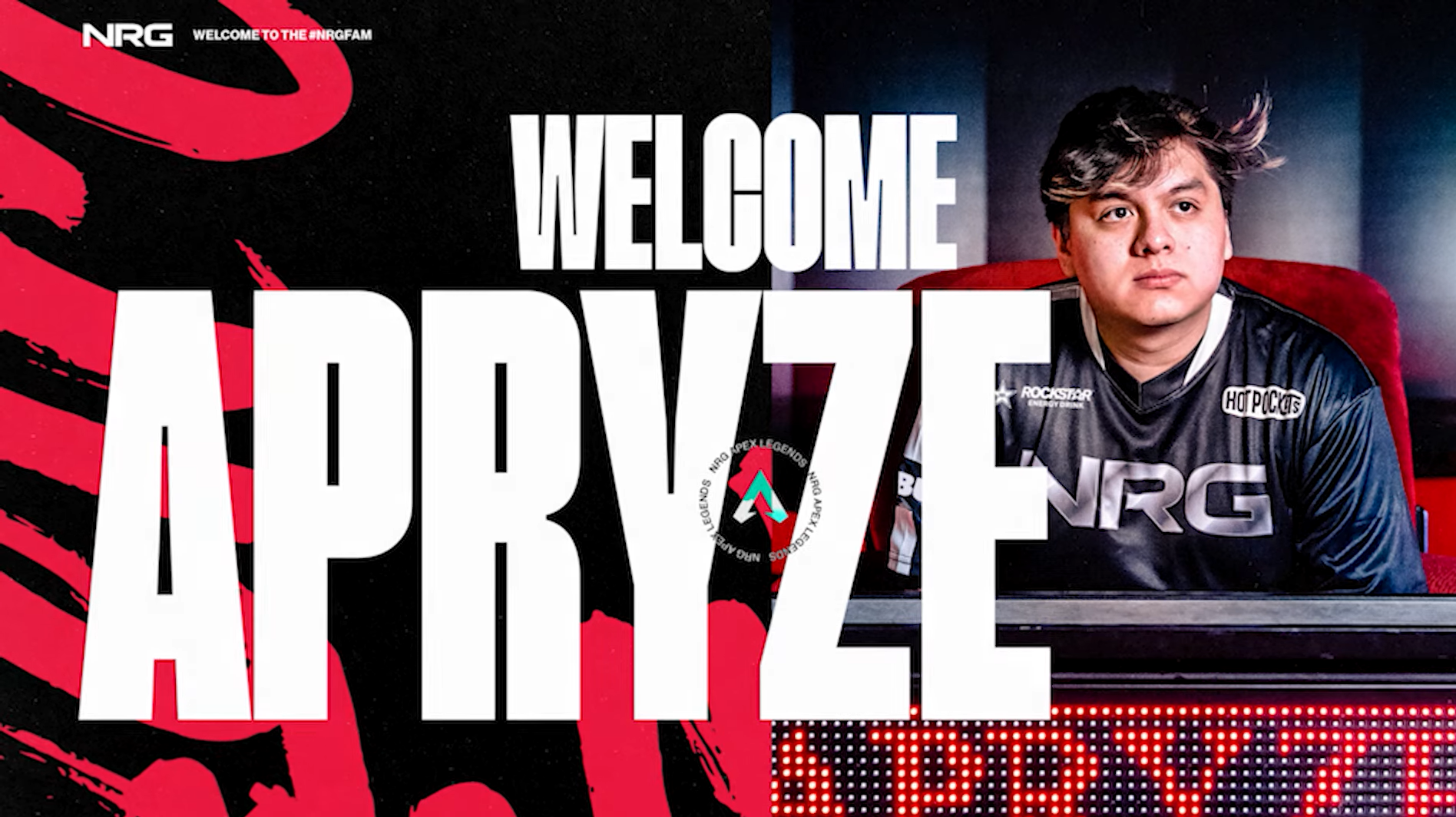 The move shows NRG’s continued commitment to Apex. Apryze joins the org alongside one of the best North American competitive teams in the pro scene, as well as top content creators like aceu and LuluLuvely.

Apryze also got a warm welcome to the NRG family from streamer and NRG IGL Chris “sweetdreams” Sexton, who gifted him 100 subs as Apryze announced his new org on his stream. Apryze clarified that he was only signed as a content creator, although he would be open to subbing in for the competitive team if they needed a player for any reason.

The former Complexity streamer is a fixture in the Apex scene, both as a content creator and a competitor. While he built a reputation for himself as a ranked grinder, he opted to join iiTzTimmy and NiceWigg in late 2021 to form Team SHEEEEEEESH. The team qualified for the Apex Legends Global Series Pro League and performed fairly well for a couple of weeks before Timmy and NiceWigg decided to stop competing in Pro League due to prior commitments. The team returned for North America’s Last Chance Qualifier, where they finished 16th. Apryze also spent some time filling in for Charlotte Phoenix in Pro League after Team SHEEEEEEESH exited the competition.

Now, the streamer joins one of the biggest North American orgs in Apex. While TSM may still hold the most popular pro team in the game as well as several top content creators, NRG has steadily grown its reach in the scene over the past two years. Following the ALGS Championships in Raleigh, where NRG placed ninth, it appears the org will continue to pursue North American dominance in the game.