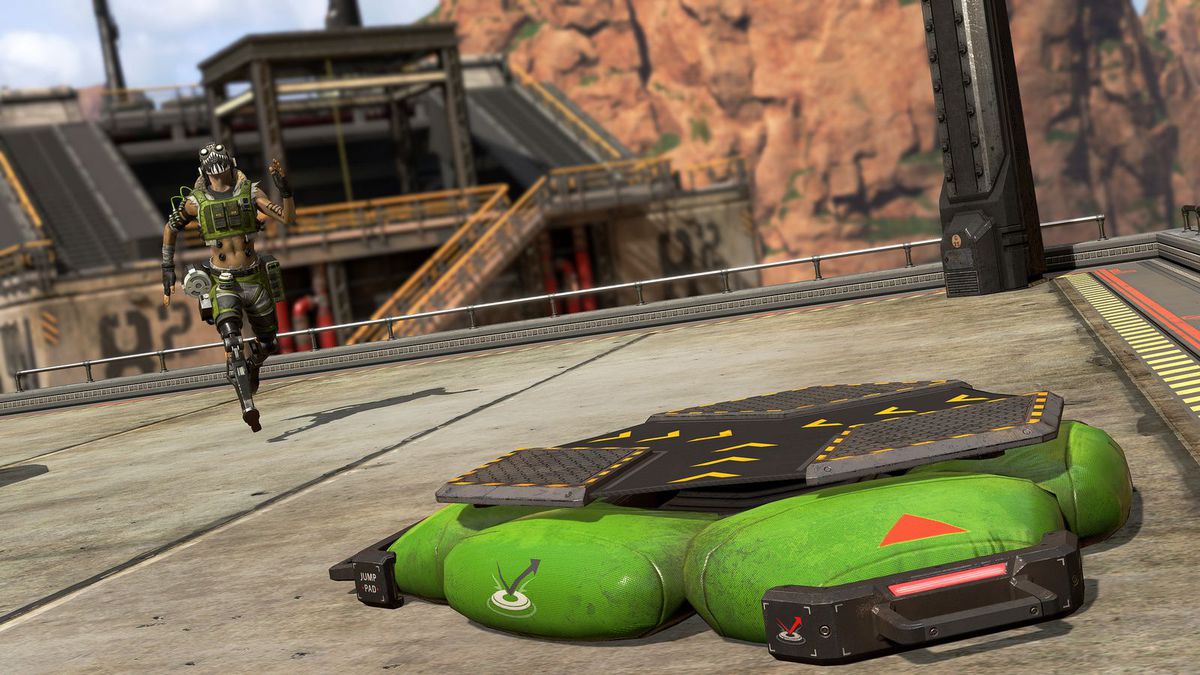 One Twitch streamer took their love for Octane to the next level by making a custom rug inspired by his Launch Pad ultimate.

Streamer and Apex Legends player BreakfastShark designed and created the rug, which is an adorably flat version of the bouncy Launch Pad. Alongside the photo of the finished creation, they shared a video of part of the creation process. The Launch Pad rug can be seen hanging on a frame as they paint glue on the back, securing the backing. At the end of the video, BreakfastShark tosses the rug on the ground and jumps on it for laughs.

The Launch Pad isn’t the only rug that BreakfastShark has made. Other rugs that can be seen in the video include the Apex logo on a red rectangle, Bart Simpson, and Tanjiro from the anime Demon Slayer. While they don’t sell their rugs or create customs, they were still excited with the huge amount of attention the Launch Pad rug received.

Many commenters chimed in to share their love, including Nicolas Roye, the voice actor behind Octane. Others talked about how much they wanted a similar rug and asked if BreakfastShark had plans to make any other Apex-themed rugs. While they haven’t shared their next rugmaking plans yet, they did take the time to thank almost all of the commenters who sent kind words.