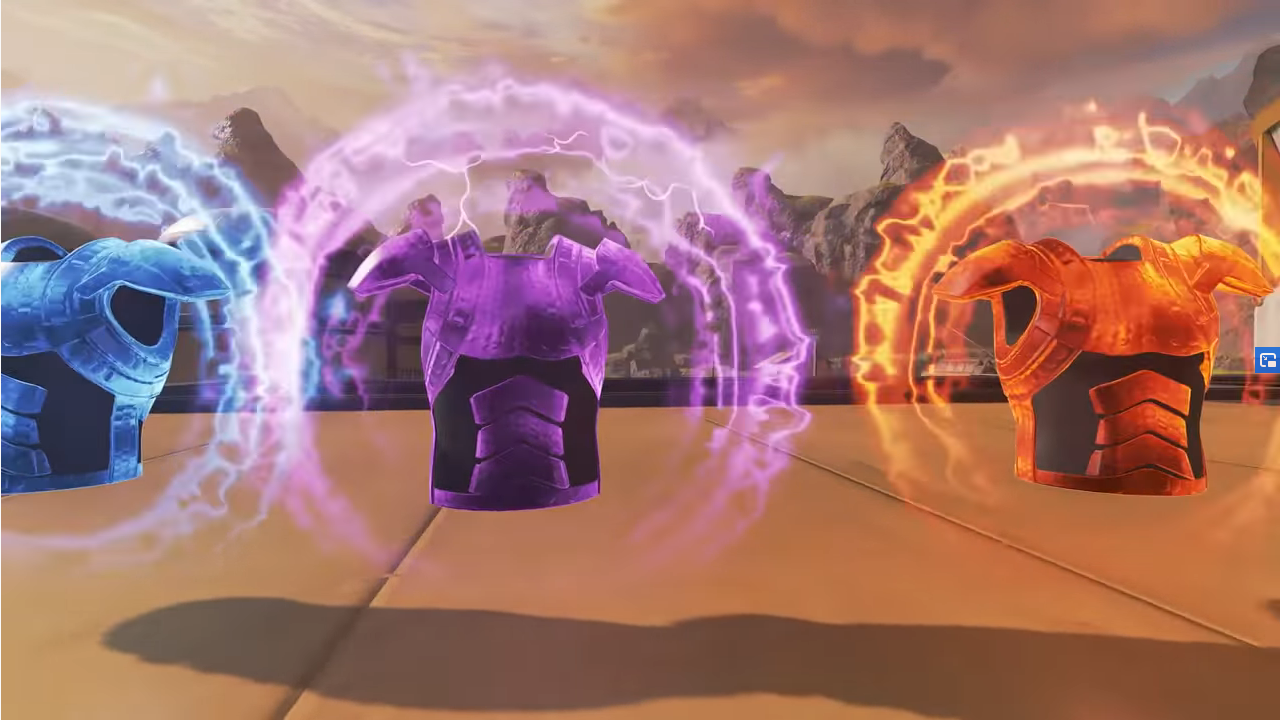 Apex Legends’ new Déjà Loot rigged the spawn points for weapons and armor. To help players navigate it, a Reddit user has compiled a comprehensive, community-sourced map containing armor locations for gold and purple vests, as well as the recently-introduced Evo Shield.

The map only lists three gold armor spots so far. One is in Skyhook, in the northern structure in the point of interest. Another lies on the southern side of Epicenter. The other is somewhere on the mountain between the Train Yard and the Planet Harvester, likely in the Vault. Although the map’s creator hasn’t seen any Vault keys, a player reportedly found a key in a death box.

Purple shields are easier to find. The Mirage Voyage contains two of them and so do Overlook and Sorting Factory. They’re also scattered on the northeast side of the map in Survey Camp and in the two fragments of what used to be Capitol City.

The new Evo Shield is nearly ubiquitous in the game mode. Lava Fissure is a good spot to land for players who want to give the new armor a try since the map lists three to five items scattered over the POI and its surrounding areas. Fragment West also contains at least three shields closely bundled together, not too far from a purple shield. Overlook and Train Yard are also suitable locations.

The map is still a work in progress and its creator aims to keep it up to date. The map is community-sourced and players can suggest spawn locations and report their favorite spots.

The new Déjà Loot mode came to Apex as part of its System Override collection event. The limited-time mode fixes all gear locations, watering down the randomness in the game. Dropship paths and ring patterns change once a day, while loot locations will remain the same each week. Players will also get a chance to experience Kings Canyon, which will host the limited-time mode in its second week.

Déjà Loot is live until March 17.