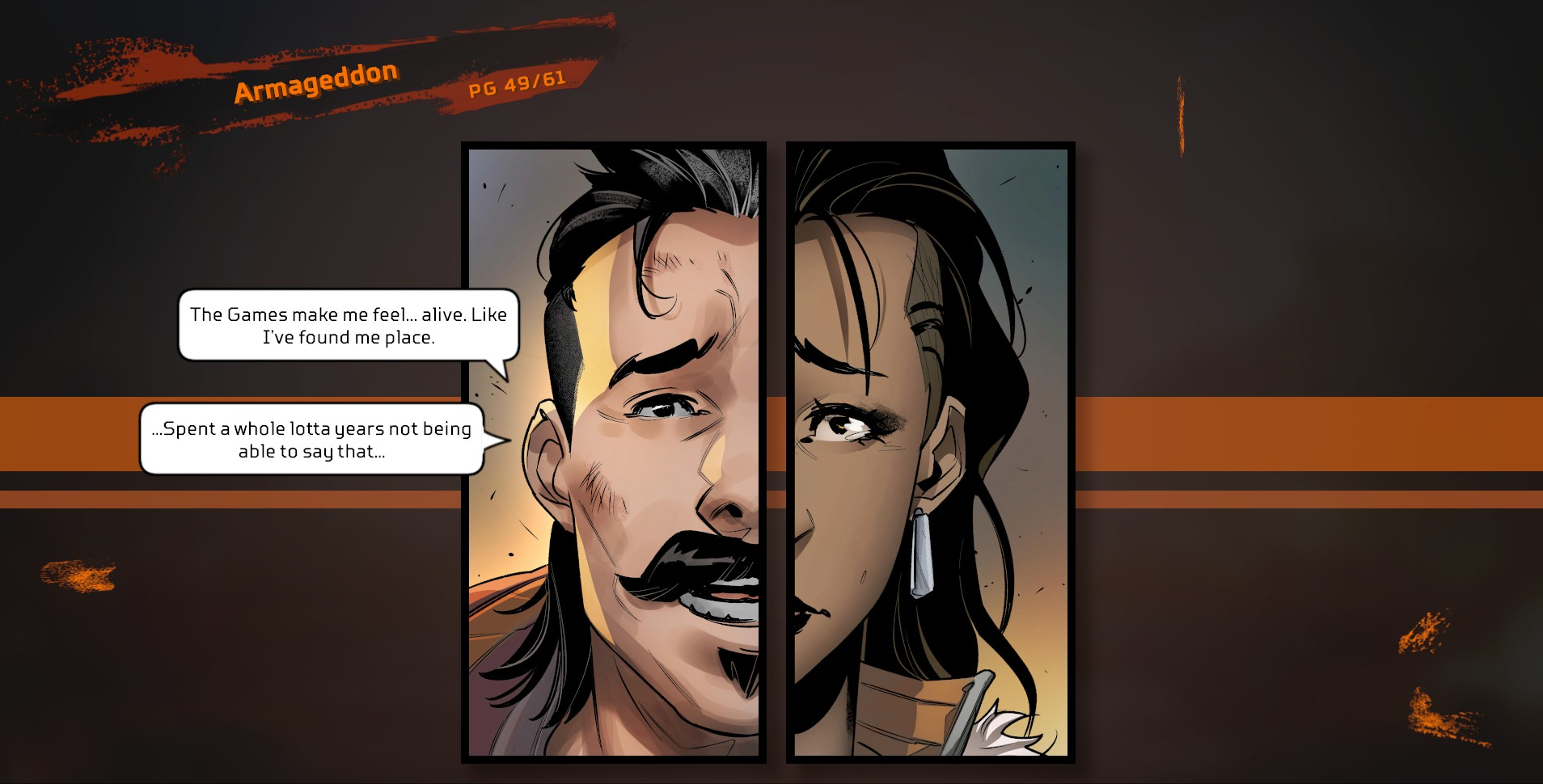 Apex Legends’ season quest came to a dramatic close today after seven chapters. The story went over Fuse and Maggie’s rivalry after the legend joined the Apex Games. And its final chapter revealed how that feud came to a bitter end.

The chapter picks up where last week’s part of the story left off. Maggie destroyed the legends’ ship and opened fire against them. Fuse fired his Motherlode and caused an explosion that sent both him and Maggie flying off a ledge. The two were left hanging onto the building for dear life.

“I’m happy for ya, Mags. Always have been,” Fuse tells her. “I just wish you were happy for me.”

Maggie then let go of the ledge, to Fuse’s surprise. He tried to grab Maggie, but she bid him farewell in Maori before falling, presumably to her death.

The legends then gather around a campfire, likely in a parallel to Fuse’s official art from season eight. “Don’t be too hard on yuhself,” Lifeline tells him. Bloodhound raises a toast “to second chances” and Fuse says he’ll drink to that.

The quest, coupled with Fuse’s episode of “Stories from the Outlands,” gives a look at his rivalry with Maggie. Fuse admits that he’s happily in the Apex Games and that he finally feels at home for the first time in years—a feeling that he addressed in his song, “Outlaw’s Oath.”

The Games, however, are hosted by the Syndicate, who Maggie hates. Fuse doesn’t want to harm his childhood friend, but Mags can’t take what, in her eyes, is a betrayal of her beliefs. In the end, she presumably decided to take her life instead of accepting Fuse’s help—or his place in the Games. Maggie’s presumed death could prove to be another important aspect of the character in future seasons.