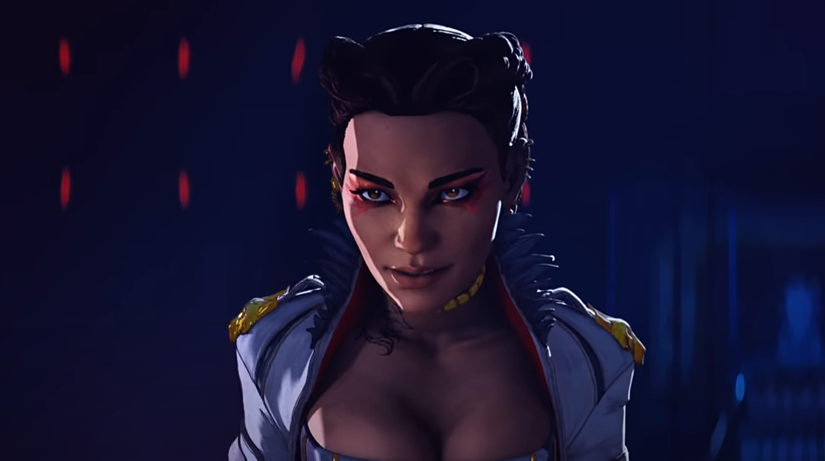 From the shadows to the Apex games, Loba is here—and she’s brought some interesting abilities with her.

The first ability seen is her trademark translocating device, which allows her to throw a disc and teleport to that location. The ability, rumored to be called “Burglar’s Best Friend,” was initially revealed by data miner That1MiningGuy.

As seen in the trailer, the ability will be similar to Overwatch’s Sombra. Throw the ring down and teleport to wherever it lands. It’s unclear how far the device can be thrown or how long you have before the teleport timer runs out. But it'll likely lead to plenty of outplays by highly-skilled Apex players.

After Loba fails to kill Revenant’s preserved brain, the horde of Hammond robots awaken to address the security breach. Here, we see another Loba ability. The thief appears to use her wolf cane to snag an assault rifle from the robot. Players will likely be able to steal loot in some way from their enemies or perhaps strip a gun before an enemy can pick it up.

Loba also uses her cane, which will likely be her heirloom, as a melee weapon to take out the drones that get too close. It’s unclear if this will be a part of her kit or simply a way to make the animation even more badass.

The final potential ability appears to be an explosive device of sorts. After the robots follow Loba to the bottom of the facility, they're met with a bomb that takes them all out. The thief watches the explosion from above, likely having translocated away and leaving a bomb in her wake.

With Loba’s release slated for May 12, fans can jump into the season five action soon.