Respawn’s changes bring a breath of life into a stale meta. 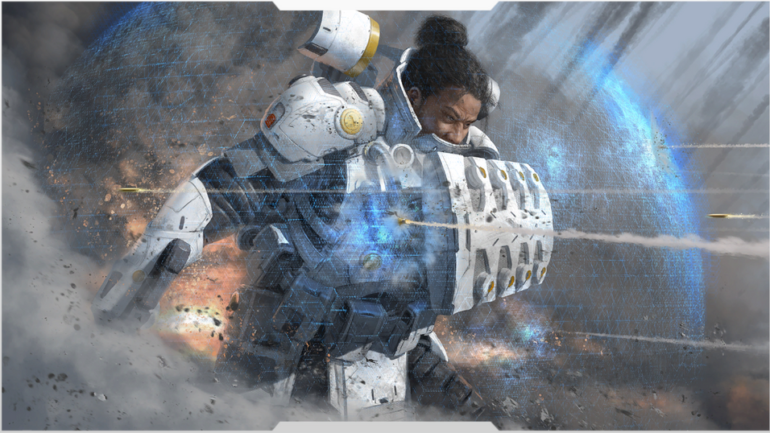 With the addition of new attachments, a new gun, changes to legends, and increased ring damage, Apex Legends’ second season has altered the meta in a bizarre, yet interesting, way.

Apex’s player base took a nosedive during season one, partially because of a drab meta of the same old stuff: Pathfinders, Wraiths, R-301 Carbines, and the trusty Wingman. But season two introduced a patch that’s unique enough to pique the interest of even the biggest dissenter.

The addition of these attachments elevated guns that were previously deemed unworthy, like the Alternator and P2020, into god-tier loot.

In fact, Twitch streamer Michael “shroud” Grzesiek claims that the Alternator is his “favorite” weapon to use now. He also believes that rotating fire between the P2020 and the Alternator is a good strategy in today’s meta.

“If you’re really good at reading who’s got no shield and who still has shield, you can swap between the two and do really good,” shroud said.

In addition to these new rounds, energy mags were introduced, which give an extended magazine clip to energy weapons. These attachments being thrown into the loot pool means players have a lower chance of finding a specific attachment they’re looking for.

The skullpiercer hop-up, for example, which increases headshot multipliers for the Wingman and Longbow, was changed from an epic drop to a legendary one. Now players have even less of a chance to snag one for their beloved Wingman. Even though this may sound like blasphemy, a player might think twice before dropping their decked-out P2020 for a Wingman without a skullpiercer.

Respawn introduced a new light machine gun called the L-Star, which can only be found in supply drops. The L-Star fires huge rounds, deal tons of damage, and can be used to shoot doors open. But the gun has an overheat mechanic when shooting too many bullets in succession.

Introducing another gun to supply drops gives players a smaller chance of looting a Mastiff or Kraber (which received a damage buff in the latest patch). This diversity in supply drops will shake up the meta since the L-Star is a beast of a gun that instills fear into those looking down its barrel.

Aside from the introduction of Wattson, Respawn’s latest patch brought significant changes to Apex’s characters. Caustic and Gibraltar’s “Fortified” passive perk, which provides damage reduction, was further buffed from 10 percent to 15 percent.

After Respawn heard thousands of daily complaints about small hitboxes, the development team has finally leveled the playing field. Last season, Wraith and Pathfinder were the leading legends in play rate and win rate. Those numbers have dropped since the release of season two, while Gibraltar’s play rate is steadily increasing.

Presumably, this change will encourage players to diversify their legend pool, which will also create different team compositions suited for exciting new gameplay.

Changes to the ring

Players will no longer be able to take their time looting spoils outside of the ring. Respawn is speeding up circle closing speed, decreasing its size, and increasing damage taken.

The influence this has on the meta is obvious: more firefights.

People with intentions of playing Apex’s loot simulator can no longer dilly-dally outside of the ring. Players are forced to run inside of the circle before the ring closes, which causes teams to run into each other sooner. And it’s glorious.

Games end sooner and are far more interesting due to multiple teams all simultaneously fighting, rather than the era of third-partying to become Apex Champions.

If someone said one month ago that the season two meta would be Gibraltar wielding a P2020 and a light machine gun that can break through doors, we would have laughed in their face. But Apex is in a unique and exhilarating place right now.

After a stale first season, shaking up the game in such a resounding way is the perfect solution for Respawn to bring back fans and popular streamers. And even more changes could be on the way throughout season two Battle Charge.