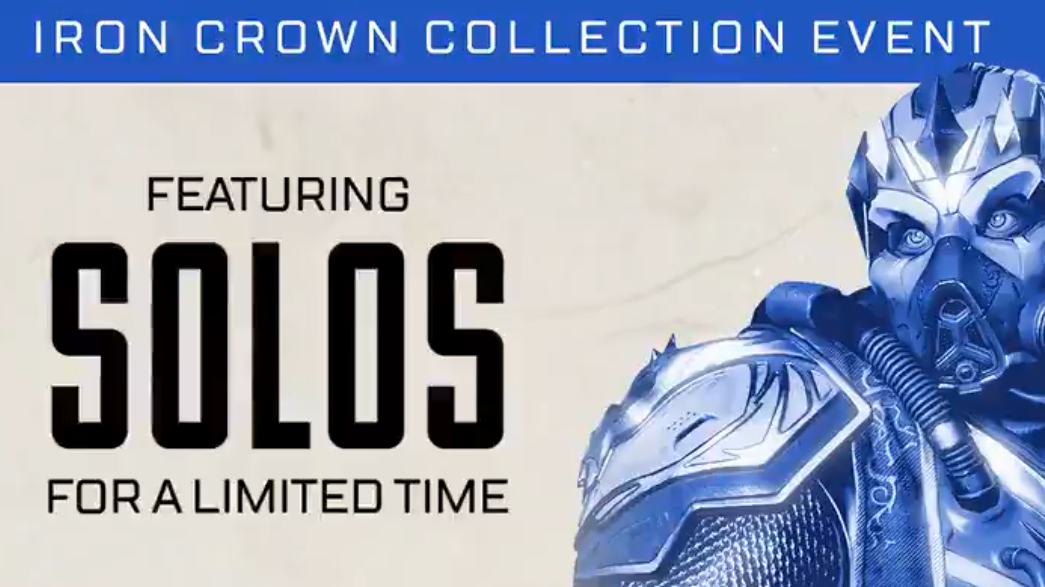 Respawn’s event to boost the Battle Pass with more content has finally arrived at the midway point of season two. New skins, game modes, and loot will be included in the event for Apex fans to enjoy.

Here’s a list of what’s included in the Iron Crown Collection Event.

The most fan-requested feature since launch is finally out: Solos mode. Players inclined to drop alone can finally do so without being flamed by their teammates. The limited-time mode pins players against each other to see who will be the last one standing.

In addition to Solos, a Town Takeover mode will make an appearance on Kings Canyon. Next to Thunderdome, there will be a dare devil’s paradise that would make Evel Knievel proud. With jump pads and rings of fire, players can go toe-to-toe in this fun game mode.

An assortment of skins for eight legends is also coming with the event. The skins mostly boast a medieval knight theme, with characters like Pathfinder and Bloodhound donning armor and chain mail. These skins are made to complement the already released Jade Tiger Octane and Prince of Darkness Caustic skins.

Finally, a second heirloom it set to make its way to Apex to accompany Wraith’s knife. Bloodhound’s axe, which showcases a red-eyed raven at its head, is going to be released with the Iron Crown Collection Event.

The Iron Crown Collection Event will also include a double XP weekend and additional loot packs. The event runs until Aug. 27, so get out there and claim your crown.