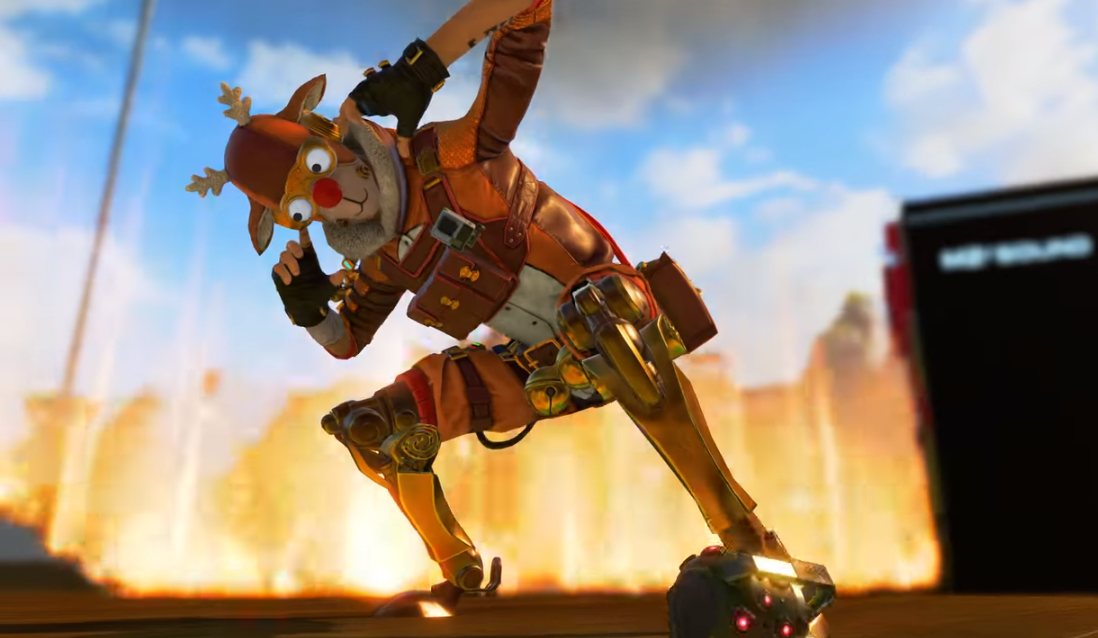 Christmas came early for Apex Legends fans. The battle royale’s new seasonal event, the Holo-Day Bash Collection, is now live across all platforms. It features a new limited-time game mode and plenty of Christmas-themed cosmetics for fans to collect.

Shortly after Mirage introduced the Apex event at The Game Awards, Respawn Entertainment launched the event on all platforms. The Holo-Day Bash Collection introduced a new Mirage “town” takeover, although the town isn’t really a town. Instead, the event has introduced a new supply ship-like aircraft named The Mirage Voyage. The aircraft is decorated with Christmas wreaths and fennel with plenty of hiding spots for teams to explore.

The Holo-Day Bash Collection has also welcomed a new limited-time game mode named the Winter Express that pits three squads against one another for control over World’s Edge’s moving train.

To remove the need for looting, players load into a Winter Express match with a pre-determined loadout based on the legend they choose. Loadouts rotate each day, giving fans new ways to try out the LTM. Squads must capture the objective three times to win the match, and if they’re killed, they will respawn back into the match for a second shot at capturing the objective. The train’s travel radius has been reduced to make sure players are always close to the action.

While the holiday event is live, players will be able to complete a variety of missions to earn rewards ranging from badges, gun charms, and legendary weapon skins. A total of 24 items can be crafted or are available for individual purchase. Similarly, all of the event-exclusive cosmetics can be found in Holo-Day Bash Collection Apex Packs. Fans can view all of the items included with the event from the Store tab from the game’s main menu.

Those who collect all 24 cosmetic items will automatically unlock Pathfinder’s newly added Heirloom weapon, which resembles a pair of boxing gloves. Once the event ends, the Heirloom Set will join the Apex Pack loot pool.

Like previous events, Respawn will host a Double XP Weekend to celebrate the holiday season. From 12pm CT on Dec. 13 to 12pm CT on Dec. 16, fans will receive double experience on both their account and battle pass progressions.

The Holo-Day Bash Collection event runs until Jan. 7, giving fans just over three weeks to collect all the goodies they can before the holiday season ends.