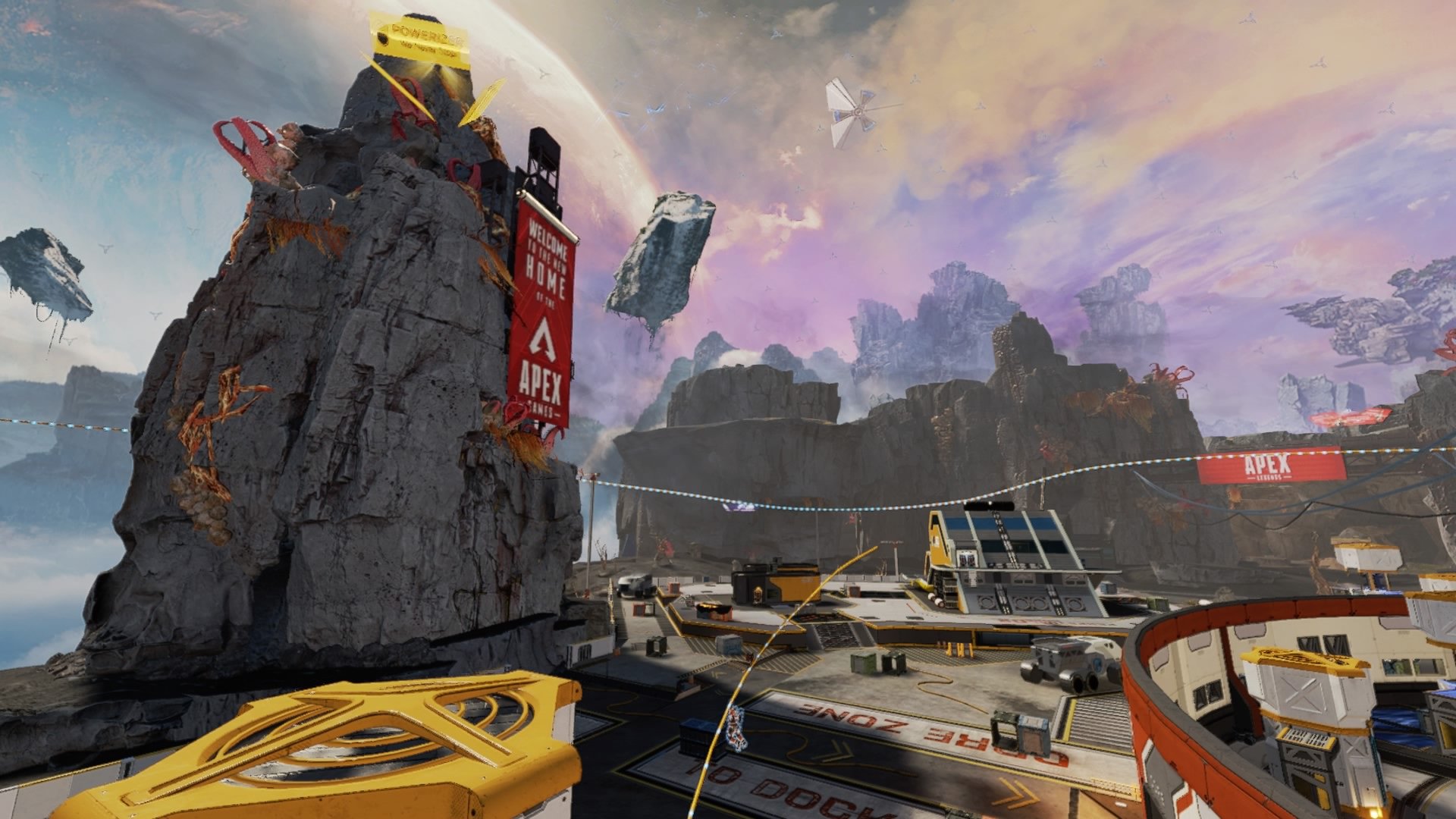 Apex Legends players finally got a glimpse of the newest home of the Apex Games today. A teaser that players can access in-game went live showing off what the battlefield will look like on the moon of Boreas. Most likely taking place on Cleo, the moon that was struck by a meteor and partly shattered in Seer’s Stories from the Outlands trailer, it looks like there will be plenty of moon rocks and harvesting equipment for legends to fight in and around.

The tour confirmed previous leaks of the teaser as being accurate, with players taking a speedy zipline around a part of the new map shrouded in mist and smoke. It seems likely that the poor visibility is just an effect of the trailer since the portion of the map players zip around is likely not the map in full and the teaser seeks to retain some mystery about the new battlefield. Players get a glimpse of what looks like just one major point of interest before zipping off back to the drop ship.

At the end of the teaser, the smog clears a bit for players to get a look at probably the most impressive part of the map so far: the skybox art, a shimmering collection of floating space rock, distant constellations in pink, purple, and blue, and the planet of Boreas itself. It’s a pretty stunning design and instantly gives the map a feeling unique and set apart from all other previous battle royale maps that Respawn has put into the game.

Of course, when players actually get their boots on the ground, they’ll mostly care about what’s in front of them and not above their heads. The POI featured is a massive one, resembling something close to Harvester on World’s Edge and Orbital Cannon on Olympus. There’s a central section that players can drop directly into, a walled-off perimeter around that central area, and an array of buildings and other architecture outside of that. It’s far too early to tell how this new map will play, but the POI in the teaser looks like a prime candidate for hot dropping, with the central section that will most likely hold higher-tier loot spawns and several places to grab loot and take a quick fight around it.

Players can access this teaser now, provided they’ve crafted a Golden Ticket in one of the game’s replicators. Once that Golden Ticket has been attained, players will need to go to the game mode select screen and hit the button for “A New Home” in the top right corner next to the podium icon.

Once you’ve done that, you can check out the new map for yourself. Or, you can just wait for Eclipse to release on Nov. 1.