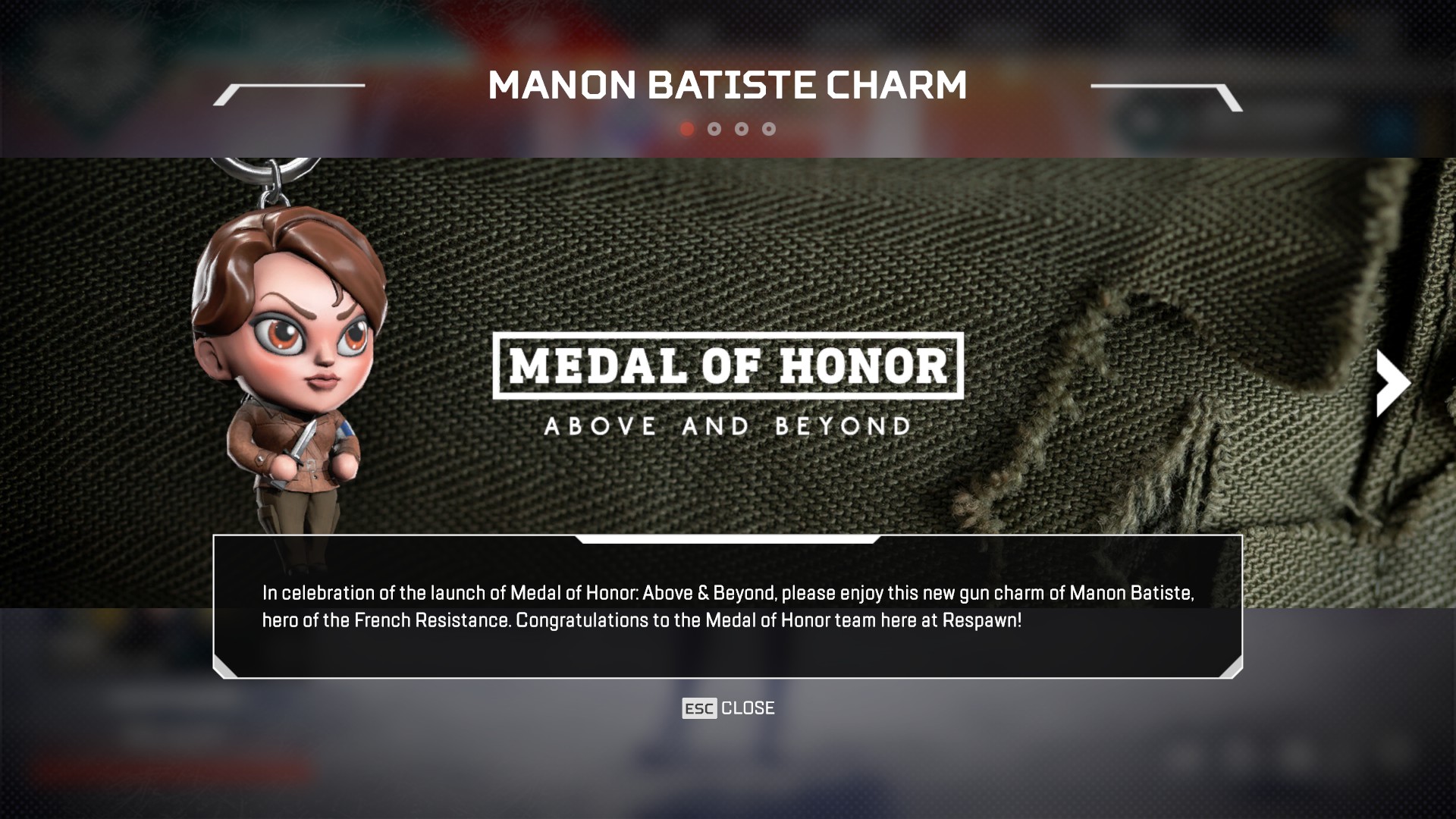 Apex Legends players who log into the game will get a small surprise.

Respawn is giving out a gun charm inspired by the Medal of Honor franchise to celebrate the launch of the studio’s latest VR title, Medal of Honor: Above and Beyond.

The gun charm immortalizes Manon Batiste, leader of the French resistance in the MoH universe. Batiste has appeared in numerous installments on the franchise, including the first Medal of Honor in 1999, and has made her way to Apex as a tribute to her legacy.

Batiste’s bobblehead charm is a nod to Respawn’s latest title, Medal of Honor: Above and Beyond, which released today after a reveal during The Game Awards. The VR-exclusive experience leads players through a war-torn Europe during WWII where they’ll experience historic events, sabotage Nazi bases, and aid the French Resistance—which means that Batiste herself could make an appearance.

In addition to the singleplayer campaign, MoH: Above and Beyond will also feature a multiplayer mode that takes place in several fronts of WWII, including “competitive modes where you fight alone, with a team, or even scramble to plant and diffuse timed explosives,” according to its Steam page.

It’s unclear for how long the Manon Batiste gun charm will be available, but since Respawn developed the latest installment of the MoH franchise, the commander of the French Resistance could appear in Apex for a long time.

MoH: Above and Beyond is available on Steam for $59.99 and requires a VR headset.