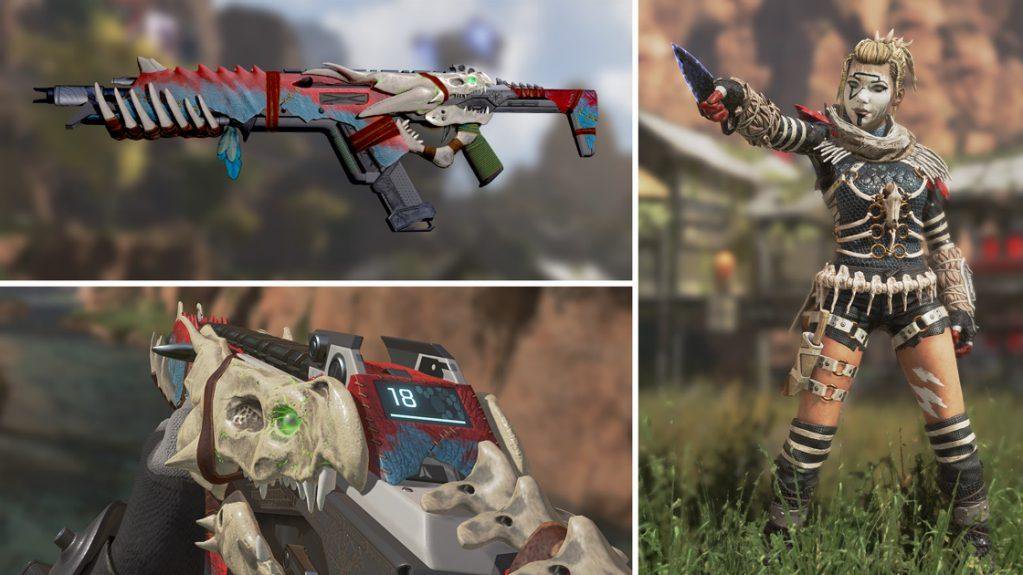 A person with a track record of accurate Apex Legends predictions has offered up another theory for season two.

Wraith, with the “Night Terror” skin, wears bones and has Nomad markings on her face, similar to concept art found of Nomad. The diagram also shows a tag with the words “Nomad Tech” on the concept art and in-game model of the skin, possibly hinting to a connection between the two legends.

Additionally, Wraith’s face is painted with specific Nomadic markings that the person believes mean “Good Luck,” “Wisdom and Beauty,” and some relation to “warding off Evil spirits.”

A member of the Respawn team commented on the thread. “I love these posts so much,” they said. “It’s awesome to see someone so interested in the lore that they would go to the effort to make this. Keep it up.”

Nomad’s identity was initially found after Apex’s March 6 update. Data miners discovered a wide array of information in the game’s files, like new weapons and legends, which led the community down a wormhole of theories and predictions.

In addition to concept art, data miners found a file that they believe hints at a Nomad ability called “Loot Compass.” One YouTuber thinks this ability would allow players to pinpoint and highlight loot on the map.

After the leak, Respawn’s community manager, JayFresh, commented, “We know this stuff is fun to dig up and speculate about, but you should not treat any of that info as a source of truth.” He said that a lot of the things found are prototypes that are still being developed or even things that may never come out.

If this Redditor’s track record proves anything, it’s that more fun theories are to come.