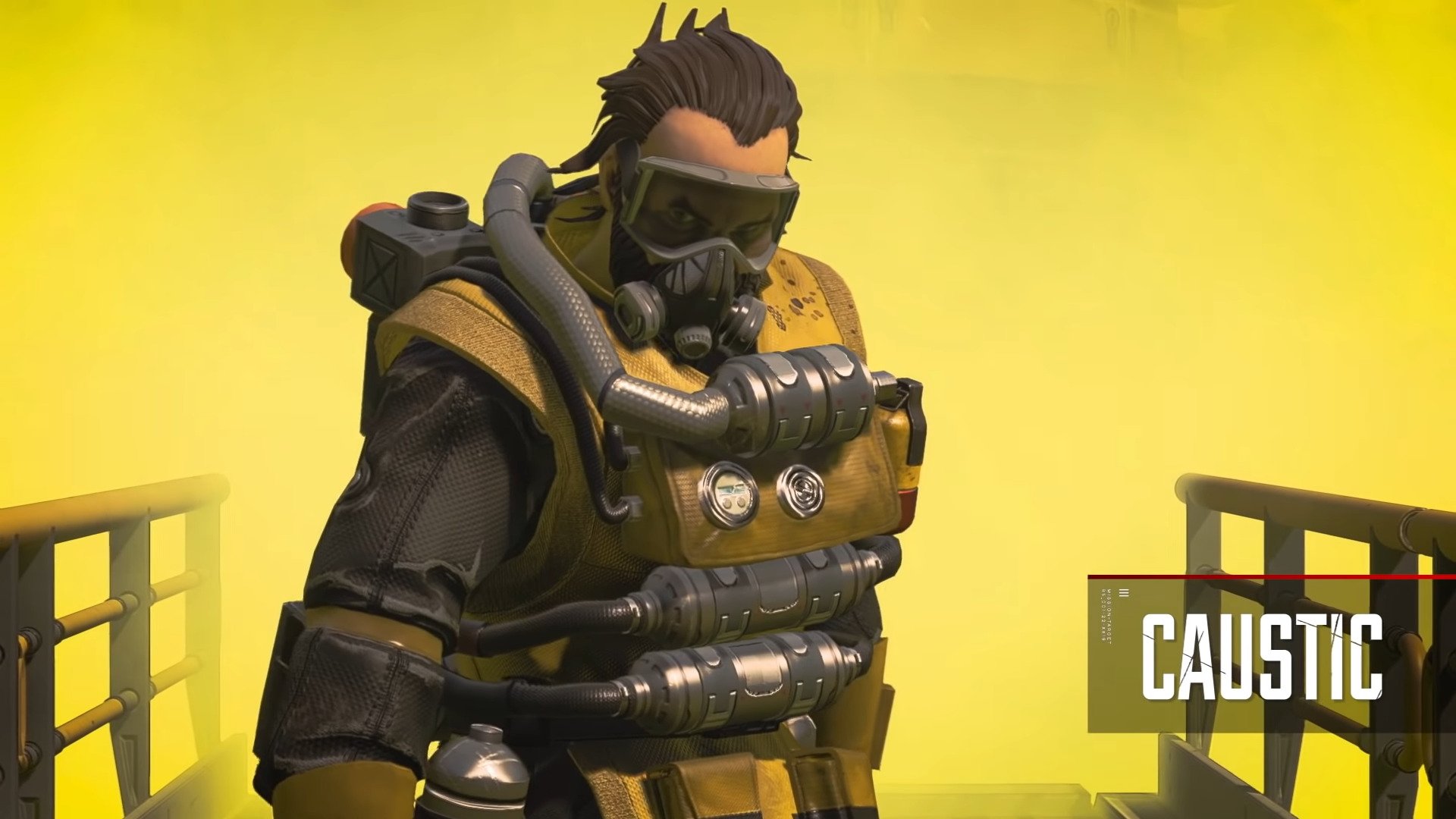 After unveiling the vast changes Lifeline went through when the Apex Legends developers were creating the character, Respawn Entertainment lead animator Moy Parra is back with more character development insight. This time around, Parra dishes on Caustic, and specifically, Caustic’s head.

This seems to be a version of Caustic that’s actually very close to finished. The character is instantly recognizable. His character model retains the trademark yellow and black hazmat-esque suit, as well as all the gas canisters and equipment used to store his trademark Nox gas. In fact, from the neck down, this is practically Caustic’s default skin.

The major change Parra points out is the head, and how Caustic’s suit used to fully cover his neck and head. The concept works theoretically. Caustic works with deadly toxins and as such needs protection from his own gas. The major problem though, Parra notes, is the suit doesn’t make sense for a character that’s running around and frequently turning. Hazmat suits are great for protection. Not so much for mobility.

Parra doesn’t actually share the full Batman suit animations of Caustic trying to look around, but the mental image is almost just as good: The aloof doctor only being able to look up or down by bending at the waist while Wattson and Crypto look on, confused or amused at a genius who has entered himself into an athletic bloodsport but cannot see the obvious design flaw in his own suit.

You can almost hear the French giggles and muttered Korean insults.