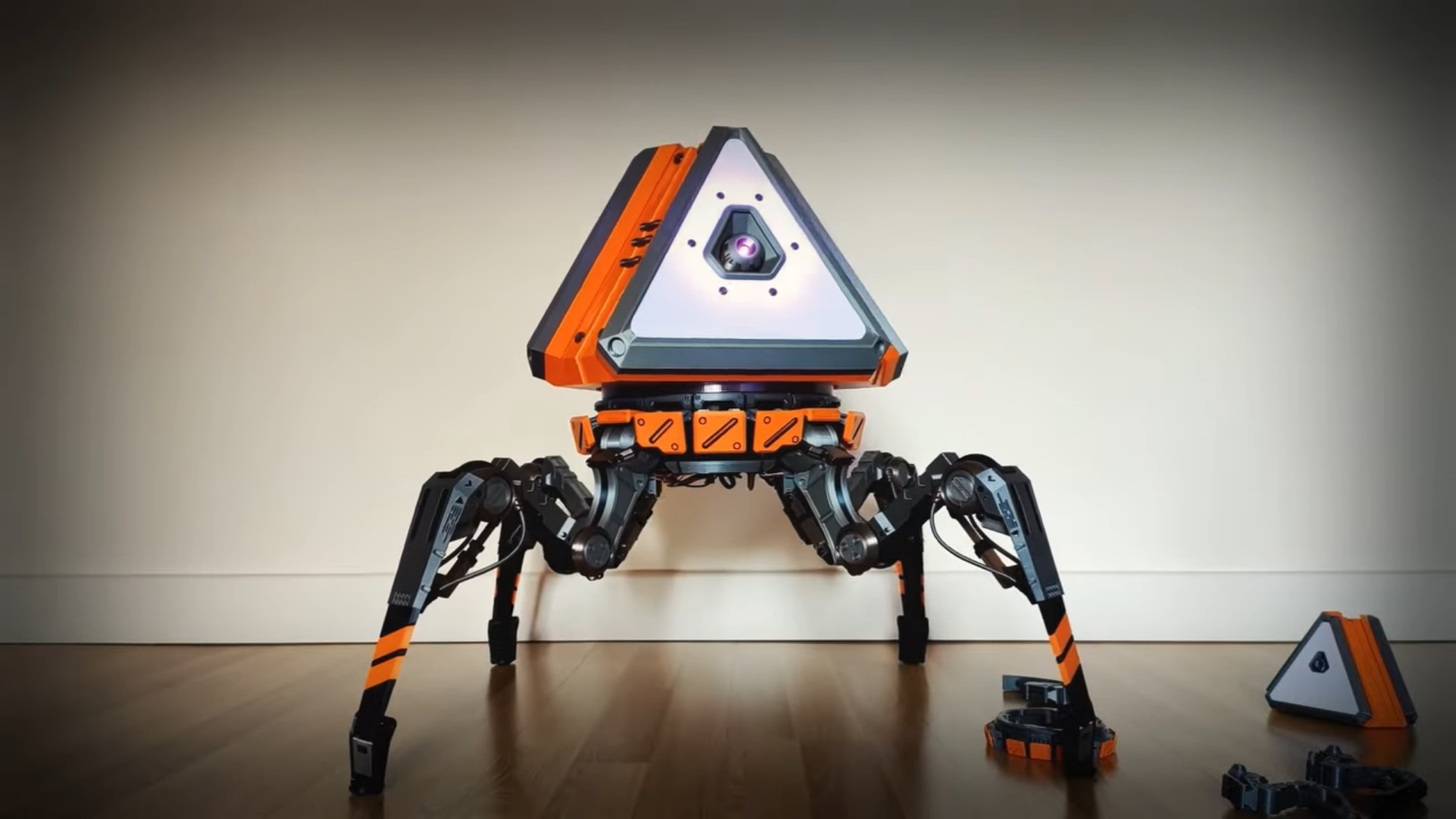 In a shocking revelation, loot ticks are no longer exclusive to Kings Canyon in Apex Legends—they’re now found in real life, too.

An Apex fan and YouTuber by the name of The3DPrintSpace has painstakingly recreated the walking loot boxes with stunning accuracy. It looks and performs exactly like the loot ticks that are found in-game and are also used as fodder by players trying to burn through cash and earn heirlooms.

First revealed in a Reddit post, the robotic loot tick has full movement, including walking, spinning, and flashing lights to denote rarity, just like in the game. The full-length YouTube video of the creation process, found below, is 41 minutes long and shows the incredible amount of work that went into the project.

You can see in the YouTube video just how massive this thing is, with a separate loot tick desk lamp that they also designed used as a size comparison. Everything about the process and final result of this ambitious product is quite impressive.

The only thing missing from this loot tick is the side panels popping off and revealing new cosmetic items, but it’s hard to hold that against the designer. Otherwise, this is a truly awesome recreation of one of the Apex and Titanfall universe’s coolest bots.

Quickly browsing The3DPrintSpace’s YouTube channel also shows that they’ve created several other items from games, including a Wingman with reload mechanics, an Octane jump pad that’s a wireless charger, and even an LED Boogie Bomb from Fortnite.