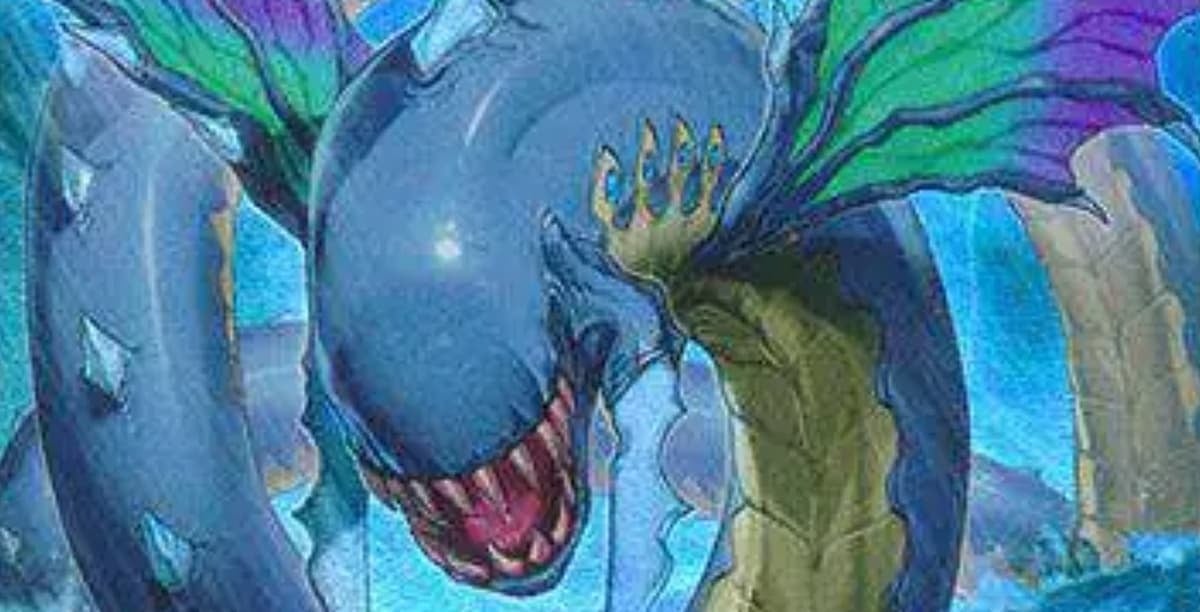 Though it was originally set to be released for TCG players on June 9, Legendary Duelists: Duels From The Deep made its way ashore on June 17 after a COVID-related delay. If you’re a fan of the anime, you’ll recognize the esteemed fisherman Mako Tsunami on the pack art. Legendary Duelists: Duels From the Deep features cards used by Mako Tsunami, Reginald Kastle, Girag, and Skye Zaizen.

With the above in mind, this set includes a ton of support for Water-type decks. Cards like Silent Honor ARK, Abyss Shark, Fish Sonar, and a school of other fishing-related cards make the set a must for fans of the archetype. Even if Water decks aren’t your thing, there still might be a reason for you to bust open a few packs of Legendary Duelists: Duels From The Deep.

Duels From the Deep includes a reprint of one of the most expensive and sought-after cards in recent memory, Forbidden Droplet. If you have dabbled in TCG Yu-Gi-Oh! over the past year, then you have undoubtedly encountered Forbidden Droplet. The Quick Play Spell is so good at shutting down effect monsters that it is either included in the main deck or sideboard of almost any “meta” deck you can think of.

Each pack of Duels From the Deep will contain five cards. The set includes a total of 57 cards, including nine Ultra Rares, eight Super Rares, 10 Rares, 29 Common cards, and one Ghost Rare.

You can snag Legendary Duelist: From The Deep right now anywhere the Yu-Gi-Oh! TCG is sold.