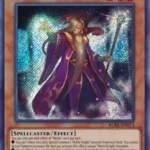 Noble Knights cards in Yu-Gi-Oh! have powerful synergy, allowing you to build a strong board, activate various abilities to resurrect creatures, or buff up warriors in combat to win a trade.

Over the years, several support cards were added for this archetype, allowing Noble Knights players to stay competitive regardless of expansion. But it might be difficult for some players to build a decent deck that can stand up to other strong lists. With that in mind, though, there are a few impactful cards that should be included in every Noble Knights deck.

Here are the five best Noble Knights cards in Yu-Gi-Oh!

Artorigus, King of the Noble Knights

Artorigus is a Warrior that requires two level four Noble Knight monsters to XYZ Summon. Once he’s summoned, you can target up to three Noble Arms Equip Spells in the graveyard to equip to Artorigus, who can become a monstrous Warrior with a high ATK. Once per turn, you can detach one XYZ material to destroy any number of Spell or Trap cards on the field up to the number of Noble Arms Equip Spells you control. Artorigus is one of the monsters you’ll want to play around in a Noble Knights deck.

Last Chapter of the Noble Knights

Last Chapter of the Noble Knights allows you to bring back a Noble Arms Equip Spell and a Noble Knight monster from your graveyard if your opponent controls a monster while you don’t. On top of that, you can Special Summon that creature with the equipment added to it. This is an easy way to get a monster back on your board and potentially start some combos.

Isolde, Two Tales of Noble Knights is a weak creature with only 1,600 ATK. But the card makes up for this small offensive power with its various effects. If you Link Summon Isolde, you can add a Warrior monster from your deck to your hand. You can also send any number of Equip Spells with different names from your deck to the graveyard to Special Summon a Warrior from your deck with a level equal to the number of cards sent to the graveyard. This interaction with your deck can help you quickly reach out for a creature if you’re being dominated on the board by sacrificing a couple of cards.

Glory of the Noble Knights

Glory of the Noble Knights is a simple Spell card. It allows you to equip a Spell from your deck onto a Noble Knight monster you control. You can quickly fish for powerful equipment from your deck whenever you need it to empower your creatures and take over the board.