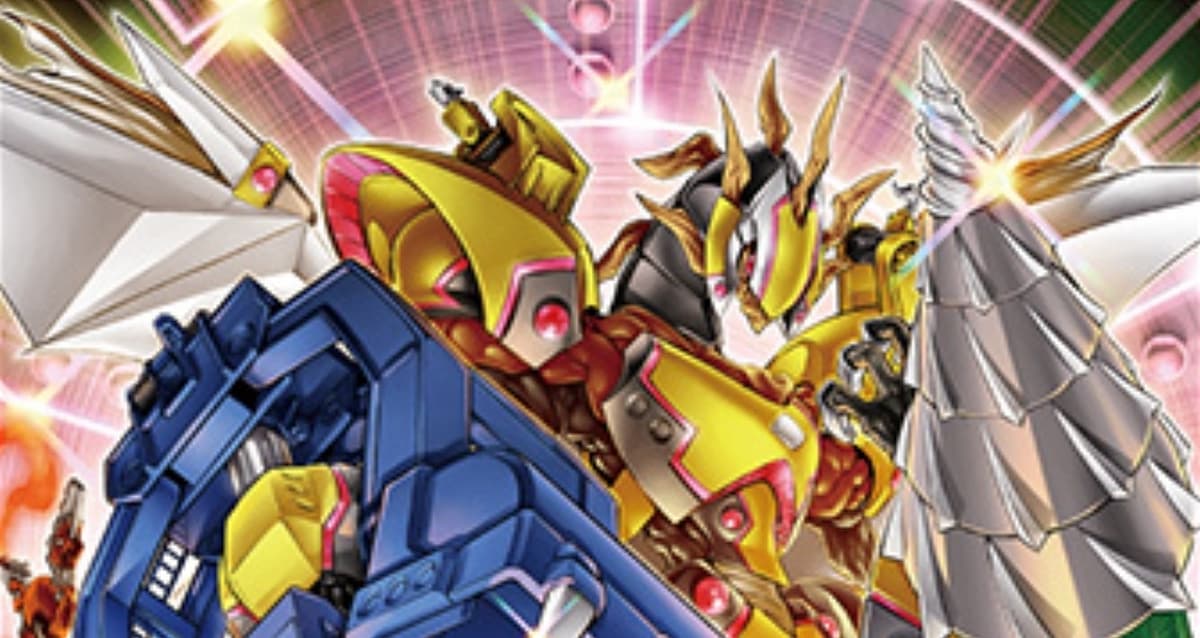 Konami has started heavily teasing the upcoming Yu-Gi-Oh! OCG set Duelist Pack: Duelists of Pyroxene, which will focus on Earth Attribute monsters and support cards that expand upon various archetypes from the Yu-Gi-Oh! anime.

We already saw some of the new cards that will tie into Ishizu Ishtar’s Exchange of the Spirit style, and now we have our first look at the boss monster of Duelists of Pyroxene—Power Tool Braver Dragon.

This is, obviously, a new iteration on Leo’s original ace monster Power Tool Dragon that modernizes its ability for use in the current format. This is done by making its Equip Spell-focused effects much more viable, changing it from a random search effect to two distinct ways to facilitate equipping them, even giving it some recycling power too.

It does keep the same basic statline and summoning requirement as Power Tool Dragon, and it loses the ability that protects it from being destroyed while equipped with an Equip Spell. Here is the current card text, as translated by YGOrganization.

Duelists of Pyroxene will release in Japan on May 21, but players outside of the OCG will be waiting on these new cards for some time as the previous OCG Duelist Pack, which is coming to the TCG as Legendary Duelists: Duels From the Deep, won’t release until June 10. This means there will be a sizable gap between releases since it usually takes around five months for these sets to make it over after their OCG counterparts drop.