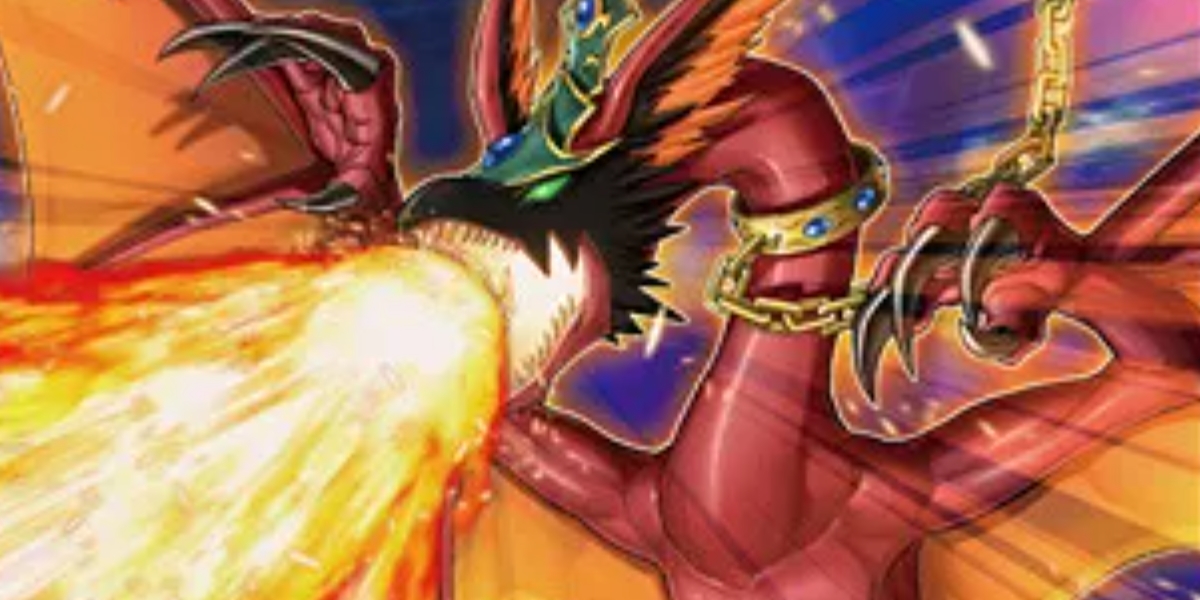 Konami is releasing another special product this Summer, the Legendary Monsters Pack, that will see multiple classic Yu-Gi-Oh! cards get new variants to try and make them more competitively viable.

All three of them are very strange cards, with two looking like they can be used in actual themed strategies once they hit the market, as revealed by V Jump magazine.

The first card listed is Mystical Elf – Mystical Burst Stream, a retrain of everyone’s favorite OG 2,000 Defense Normal Monster that hasn’t seen play in well over 15 years in modern formats. And, as the name and artwork suggest, it ties in partially with Blue-Eyes cards.

It has the same stats as the original Mystical Elf, which is a trend that Konami uses for pretty much every retrain, and has two effects that play into Normal Monsters.

Its first effect lets you Quick Effect special summon Mystical Elf – MBS when a monster your opponent controls activate an effect and you control a level five or higher Normal Monster, and then you can negate that effect. And during your opponent’s Battle Phase, you can target one Normal Monster in either Graveyard and Special Summon it, with your opponent’s monsters being forced to attack it if able.

Moving on, Kaiser Glider – Golden Burst is a retrain of a pretty basic monster that was used by Seto Kaiba in the anime. It wasn’t a great card originally and this new retrain looks to at least make it an option for some decks, though it doesn’t stick out as anything special right away.

With its effect, you can tribute one monster to Special Summon it from your hand, which as a Quick Effect, is pretty useful. If it is Normal or Special Summoned, you can target one face-up monster your opponent controls and make its ATK the same as the selected monster.

Finally, and most importantly in terms of making a somewhat useless card at least decent outside of being an Instant Fusion or Magical Scientist target, we have Giltia the D. Knight – Soul Spear.

Originally a non-effect Fusion Monster, Soul Spear makes Giltia the D. Knight solid by turning it into a basic Effect Monster with three different effects, including one powerful and very weird one that can only be used once power turn.

First, if you control no monsters, you can Normal Summon Giltia without tributing, which gets an 1,850 ATK on the field instantly. And, when it is Normal Summoned you can banish one monster your opponent controls that has equal or higher ATK to it.

Its final effect is very specific, and allows you to discard one card and add a level seven Dark Dragon, a level six Dark machine, or a level five Water monster to your hand from your deck. This could be used to search out Red-Eyes or other classic monsters from the anime used by Joey Wheeler, or you can use in a more effective role as a summon and searcher for cards like Fantastical Dragon Phantazmay.

Additionally, we got the full description for a fourth retrain that will be included as a V Jump and was revealed last month, Harpie’s Pet Dragon – Fearsome Fire Blast. It has elements from a few of the other monsters and will fit right into any Harpie deck.

To start, you can Special Summon Harpie’s Pet Dragon – Fearsome Fire Blast in Defense Position if you control a level six or lower Wind monster. So basically, if you have another Harpie, you get a free dragon, and its second effect makes it so those lower-level Harpies can’t be targeted for attacks.

Finally, when Harpie’s Pet Dragon – Fearsome Fire Blast is sent to the GY from the field, you can send another Wind Winged Beast monster from your deck to the GY.

There is no date for when these cards will make their way over to the TCG, especially since they haven’t even dropped for the OCG yet. Other changes might be made to the cards once they are officially announced for the TCG too, but at least a few of these might see some play.