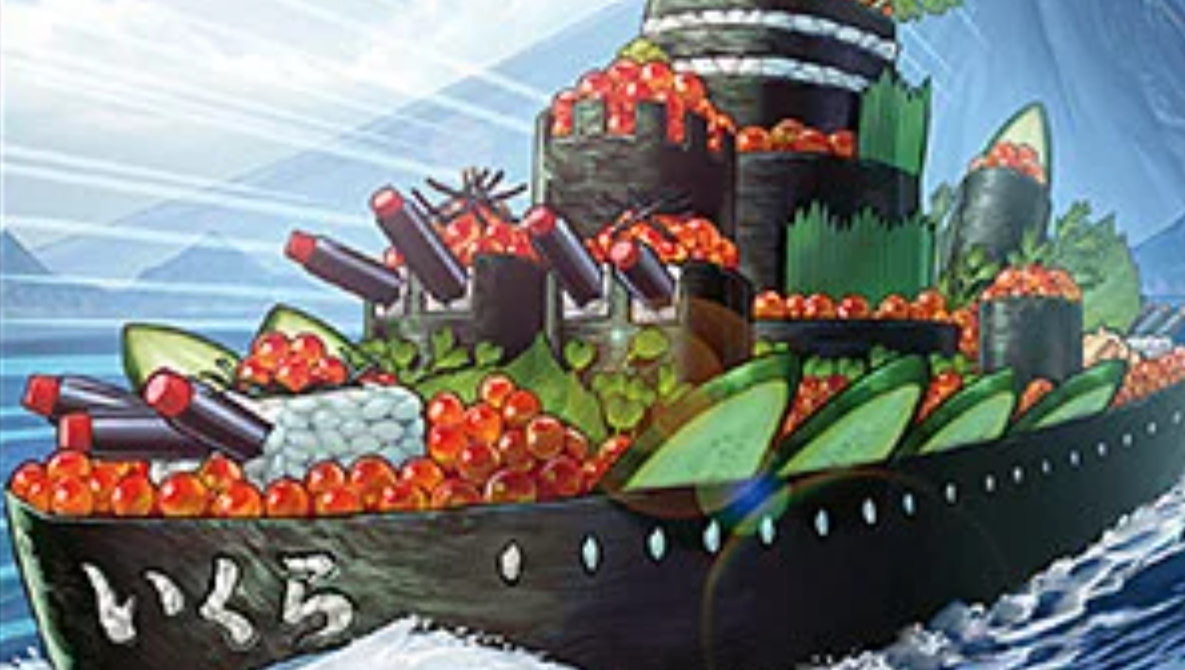 Dawn of Majesty is bringing a lot to the table for Yu-Gi-Oh! in the OCG on March 19, including a card featuring a giant piece of sushi being made, new Gizmek support, and a Refined Ritual Art.

Ignoring the cards might actually be competitively viable, but there is an archetype based on sushi called Suship.

According to the pre-release images, Suship is, as the name implies, giant warships created with or designed based on sushi. Only three monster cards were revealed for the archetype, with the first being Rice Suship, a Normal Monster with 2,000 ATK that has one of the longest descriptions in the game, talking about the lore of Suships. 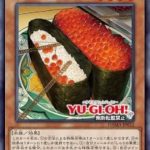 The Effect Monster, Roe Suship requires Rice Suship to be summoned and can mill three cards to try and summon another Rice Suship during your Main Phase. The last monster is called Dreadnought Suship – Roe-class First Wardish, an Xyz that also gains effects by using other Suships as material and can draw a card or make a second attack based on which of the previously mentioned monsters are attached.

Those effects, along with the Field Spell Suship Galley “Kaisen” and Trap Card Suship Roll Specials will let you quickly search out Suship monsters through other effects or by adding them to your hand. It looks pretty specific and likely won’t stand on its own, but some secondary engines might make this archetype somewhat interesting in certain combo plays. 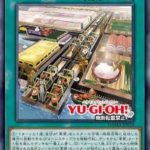 As for returning support, Gizmek, an archetype of Machine monsters, is back and looks to be getting more deity-themed cards that use weird and specific abilities to control the game.

Gizmek Inaba, Gizmek Naganaki, Gizmek Taniguku, and Gizmek Ibuki all rely on the concept of equal ATK and DEF stats like previous Gizmek cards while acting as independent pieces that interact with other cards based on banishing themselves from the graveyard to cycle. 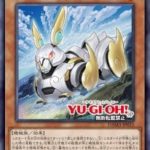 There is also a new Field Spell for the archetype called Gizmek Legend – Kamitsukawashiime-no-Kikie, which will help put more Gizmek monsters into the graveyard through milling. It also adds an element of field control too, as when a Machine monster with equal ATK and DEF is summoned it gains a counter, and with 10 counters, any monster without equal stats cannot activate its effects.

The last new card shown is Refined Ritual Art, which does exactly what it implies by giving players more options to summon Ritual Monsters.

Using this spell, players can summon one Ritual Monster from their deck by tributing Normal Monsters from the had to match the exact level of the selected monster. That monster is then shuffled back into the deck during the opponent’s End Phase.

This will be useful for several decks, including the recently revealed Magikey archetype that uses Ritual Monsters. More details about Dawn of Majesty and when these cards will release in the TCG will be shared in the coming weeks.