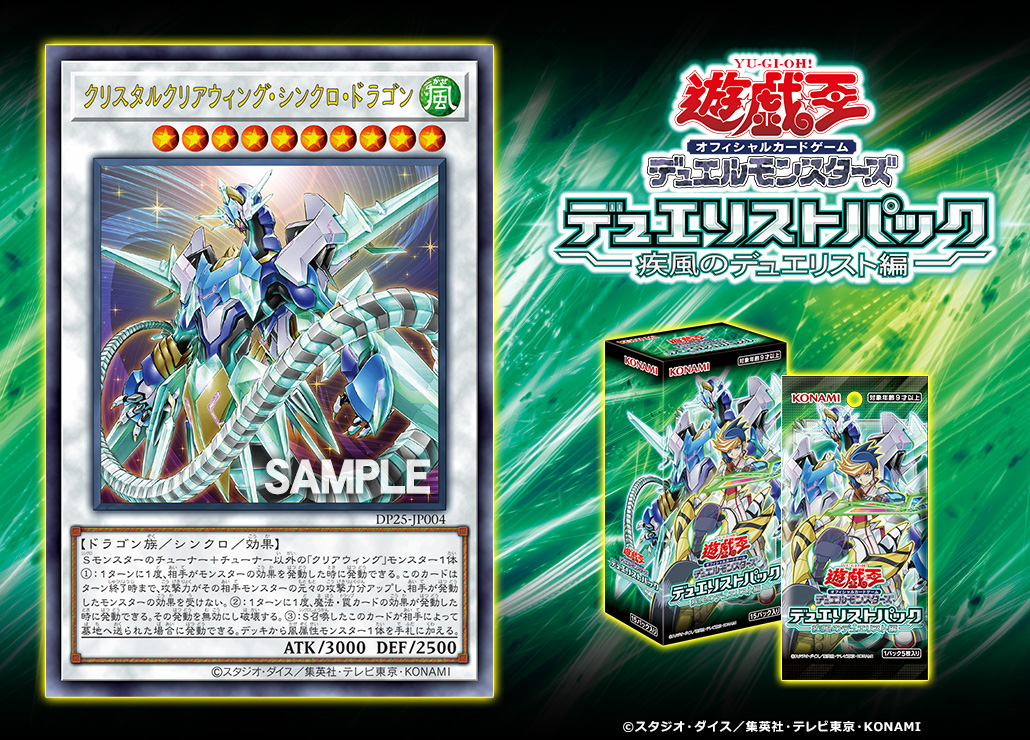 The upcoming Yu-Gi-Oh! TCG set, Legendary Duelists: Synchro Storm is going to add a lot of really useful cards for specific archetypes and playstyles, but the title card of the set is going to be something crazy.

It will play on previous high-level, retrain Synchro Monsters and use the Accel Synchro mechanic—meaning it requires a Tuner Synchro Monster in order to summon it rather than just a normal Tuner. It also specifically plays into the Clear Wing archetype by requiring at least one non-Tuner Clear Wing monster as the second piece of fuel.

Not only is it a beefy 3,000 Attack monster, but its three-pronged effect is also a very good reason to run it in compatible decks.

First, once per turn when an opponent activates a monster effect, you can have Crystal Clear Wing Synchro Dragon gain Attack equal to the monster’s original Attack until the End Phase of that turn. It also is no longer affected by monster effects during the turn.

You can follow that up with another powerful Quick Effect in being able to negate one Spell or Trap Card effect once per turn and destroying that card. Additionally, when a Synchro Summoned Crystal Clear Wing Synchro Dragon is sent to the Graveyard by your opponent’s card, you can add a Wind attribute monster from your deck to hand.

So not only can you make Crystal Clear Wing Synchro Dragon immune to monster effects and negate a Spell or Trap Card, but you also get a search when it is sent to the GY.

Seems pretty good and will likely make Speedroid and other decks that feature Clear Wing and heavy Wind support that much better when it launches alongside Legendary Duelists: Synchro Storm on May 30 in Japan and worldwide on July 16.