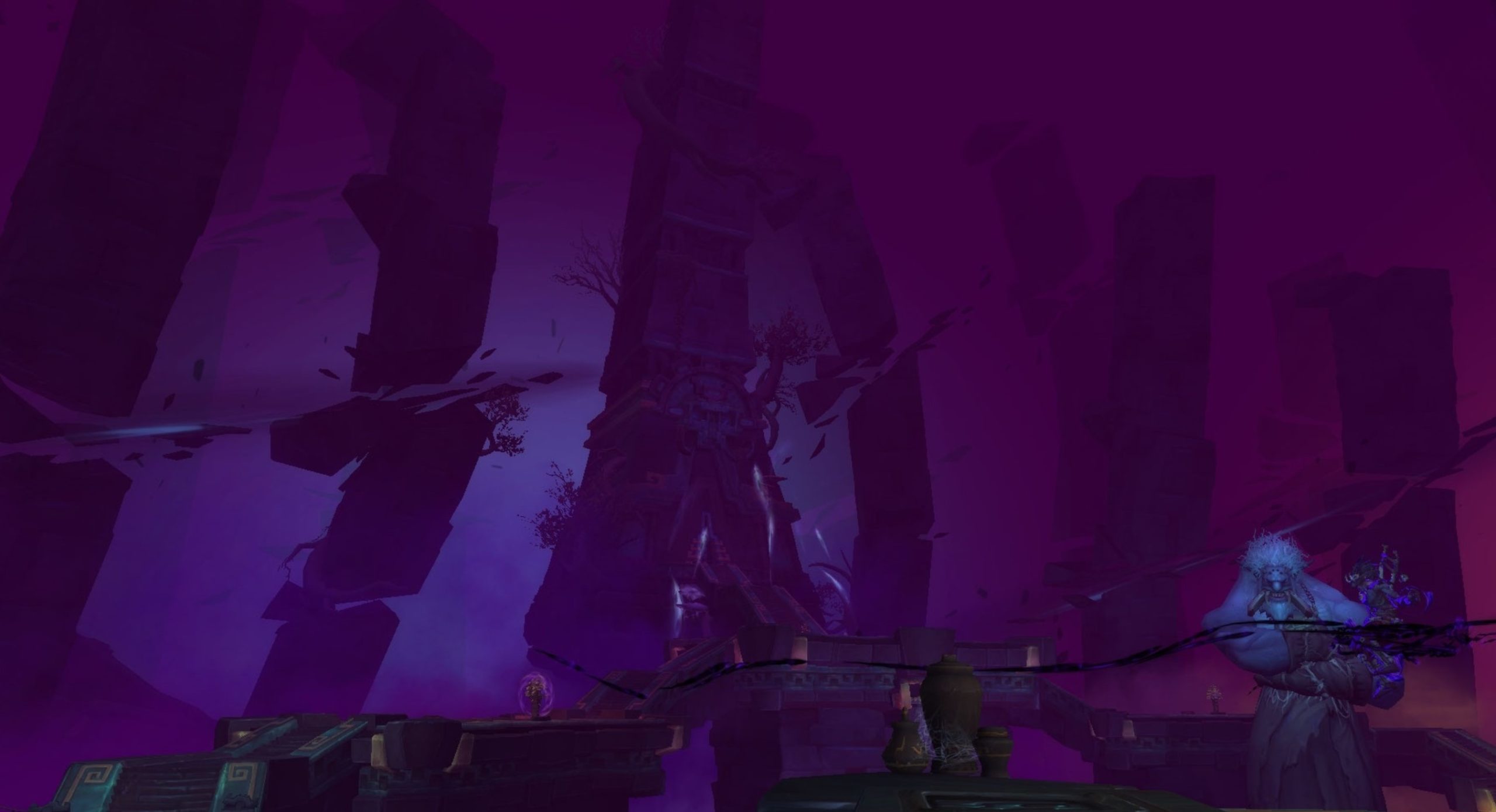 Mythic+ rating is coming to WoW: Shadowlands with the release of Patch 9.1: Chains of Domination. As WoW‘s first in-game ranking system for PvE content, Mythic+ rating is set to completely overhaul how players approach dungeons in WoW. Now, instead of having to utilize features brought into the game by a third party add-on, WoW players can simply open up the Mythic+ panel of their interface to see a streamlined ranking provided to them by Blizzard Entertainment itself.

A player’s Mythic+ rating is calculated as a total score of the different ratings they have earned across Shadowlands‘ eight dungeons. And with at least two new Mythic+ dungeons set to be added to the game later in the expansion, players will have even more opportunities to increase the total amount of rating players can gather throughout their climb to the top. The Mythic+ rating system will go live when Patch 9.1 releases on June 29.

Here’s everything you need to know about WoW’s implementation of a PvE ranking system, as well as how to climb up the ranks across the second season of Shadowlands.

What is Mythic+ rating?

Mythic+ rating is a new feature coming to World of Warcraft: Shadowlands that helps facilitate the process of giving PvE-focused players a generalized ranking system. The new rating system functions in a similar manner to the way third-party add-ons such as Raider.IO do in that it calculates players’ rating based on their accomplishments in Mythic+ dungeons.

How to earn Mythic+ rating

Completing a Mythic+ keystone will reward you with a certain amount of Mythic+ rating. For simply completing a Mythic+ dungeon, you’ll earn a baseline 37.5 rating. But every keystone level you add onto the dungeon adds an extra 7.5 points of rating. Additionally, each affix applied to the dungeon gives 7.5 more points, while the seasonal affix, Tormented, gives an additional 15 rating.

But you can increase the amount of rating you receive from completing a dungeon by finishing the run in a certain amount of time. You can potentially earn up to 7.5 extra rating points for completing the Mythic+ dungeon in 40 percent less time than the dungeon’s timer dictates. For example, if you complete Mists of Tirna Scithe in 18 minutes as opposed to the standard 30, you’ll receive an extra boost to your rating for completing that dungeon.

What does Mythic+ rating do?

Mythic+ rating will determine, ultimately, how much progress you make up the ranked ladder in Mythic+ dungeons. PvE content in WoW has never had a structured in-game ranking system quite like this one. Should you manage to reach 2,000 ranking this season, you’ll earn the title of Keystone Master and be rewarded with the Death Elemental mount. In contrast to previous seasons, where the Keystone Master achievement only required you to complete a Mythic+ dungeon at level 15 to earn the rewards, players must now complete each dungeon with both the Fortified and Tyrannical affixes active on level 15 to reach 2,000 Mythic+ ranking and earn the achievement.