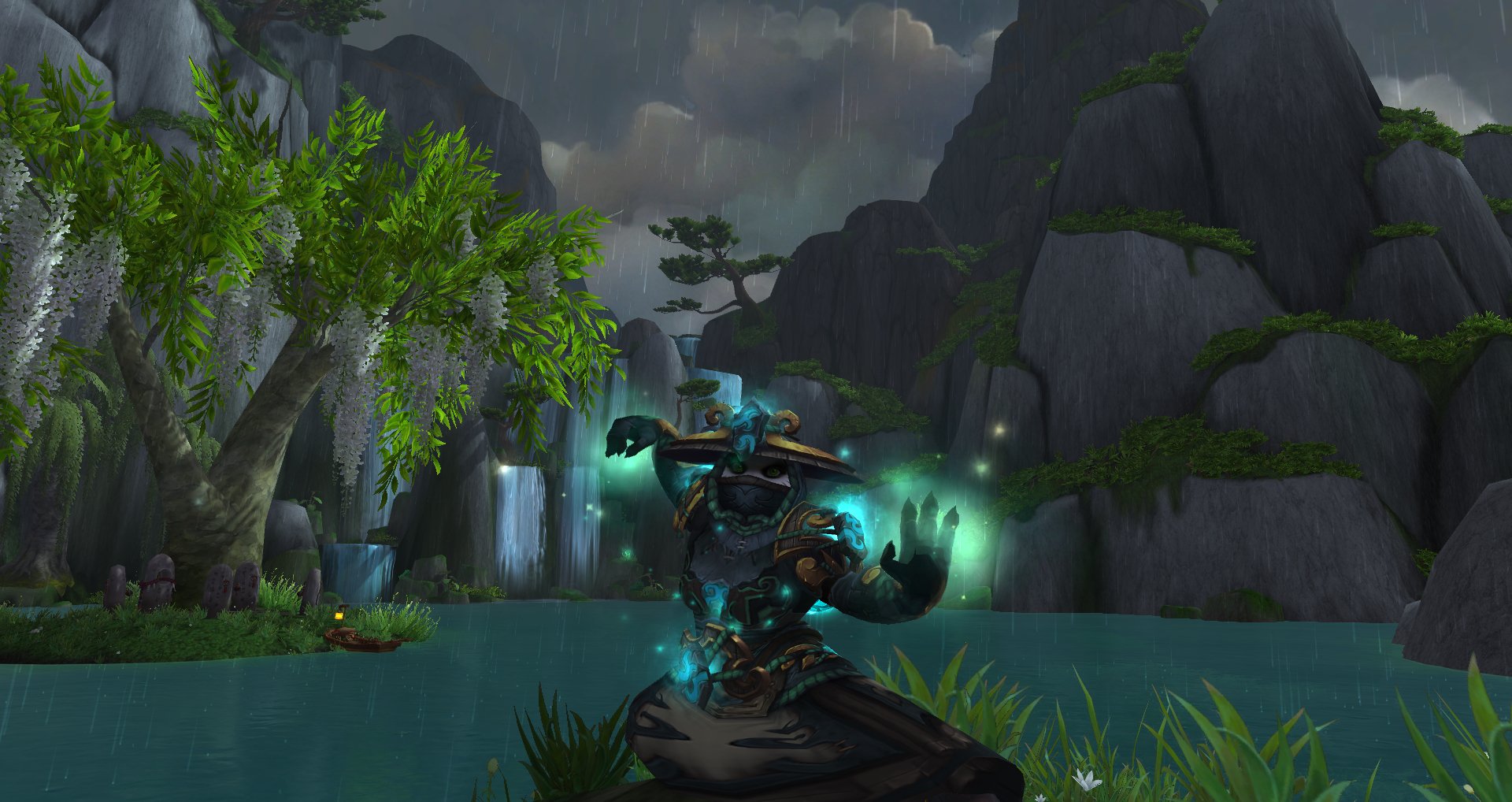 Mistweaver Monk is one of the most quintessential healing classes in all of World of Warcraft. Known for its sustained healing, massive shields, and ability to deal situational damage where needed, Mistweaver is a must-learn spec for anyone looking to pick up healing in WoW.

Additionally, any DPS players who don’t want to stray too far away from their roots when picking up an alt character should look to Mistweaver as a viable option. Here are the best talents and builds to get the most out of Mistweaver Monks in WoW: Shadowlands.

Level 15: Mist Wrap – Mist Wrap extends the duration of Enveloping Mist, one of your best healing-over-time spells. This talent helps you save on your mana costs while increasing your throughput in almost every possible situation. Additionally, you’ll have more time to focus your healing efforts on other targets while Enveloping Mist does more healing on another target, making multitasking far easier.

Level 25: Tiger’s Lust – Tiger’s Lust is a dependable option since it provides an extra dispel on snares in addition to a speed boost. If you feel like you really need the added mobility, Chi Torpedo is also a reasonable choice in a pinch. But in terms of generality, you can never go wrong with Tiger’s Lust.

Level 30: Lifecycles –  Lifecycles is the standard choice for Mistweaver players looking to increase the amount of healing they’re doing through Enveloping Mist. Since this talent allows Vivify to lower the cost of Enveloping Mist and vice versa, you’ll want to be taking it in scenarios where you’re going to be casting a ton of Vivifies—namely in dungeons and lengthier raid encounters. Vivify is Mistweavers’ bread-and-butter ability and getting the most value out of your foundational spell will increase the impact your hard-hitting healing spells have altogether.

Level 35: Ring of Peace – Ring of Peace is a great talent to have for all Monk specs, but Mistweaver can make some great use out of it in particular. The ability is great in scenarios where your melee groupmates are being bombarded by enemies and you need to provide some peel for them. With Ring of Peace displacing any incoming mobs, you’ll have a window of opportunity to heal up your group members in need.

Level 40: Dampen Harm – Every talent in this row is a relatively strong defensive option when used properly. But Dampen Harm is by far the most versatile and the hardest to mess up when used. While Healing Elixir and Diffuse Magic are reactive and situational, respectively, Dampen Harm gives you the ability to prevent incoming damage when you know it’s coming.

Level 50: Focused Thunder – Focused Thunder makes for a great group healing option considering its ability to buff Renewing Mist and Enveloping Mist to the fullest extent. When you’re able to keep the entirety of your group topped off, your value as a healer goes up immensely. Whether you’re fighting a large pack of mobs during a Fortified week or taking in a ton of damage from a raid boss, you’ll be able to keep a widespread number of players topped off with Focused Thunder.

Kyrian is widely considered the best option that Mistweaver Monks have at their disposal when selecting a covenant. The signature ability, Weapons of Order, provides a strong boost to your healing throughput in every scenario since it’s simply a set-and-forget ability that increases the potency of your abilities.

You’ll want to activate Weapons of Order right before unleashing one of your major cooldowns to get the most out of the ability. A popular combo among Mistweavers is Weapons of Order into Invoke Chi-Ji, the Red Crane. Using those two monstrous cooldowns back-to-back will provide your group with an immense amount of healing if you spec into the talent at level 45.

As a Mistweaver Monk, your stat priority should be as follows: Critical Strike > Versatility > Haste > Mastery.

Critical Strike is easily the stat you want to be stacking as a Mistweaver. Since your abilities already have a high ceiling, you’ll want them to be hitting as hard as possible. There’s nothing more satisfying than seeing all your ticks of Essence Font critically heal and keep your group topped off.

Haste and Versatility are both relatively strong. They’ll allow you to get more abilities off and heal at a higher rate. Additionally, since Versatility is just a great, overall stat to have considering it will always increase your raw healing numbers, it’s not the worst thing in the world to prioritize when there’s no Critical Strike stat available to you.