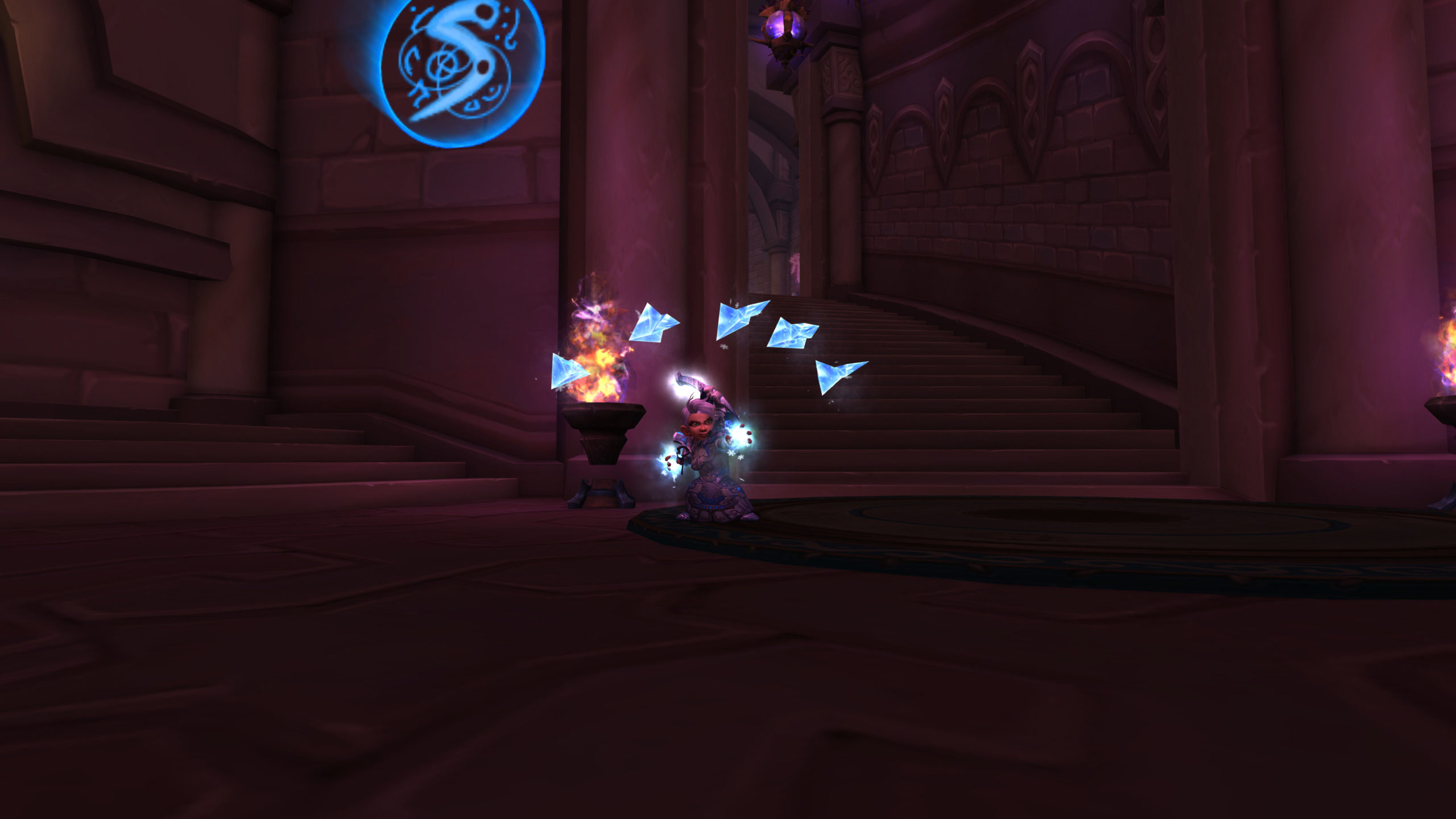 Frost Mage is one of the most potent damage-dealing classes in World of Warcraft. The class’ strong ability to dish out focused burst damage from the backline of any group is nearly unrivaled. And in Shadowlands, where plenty of encounters in both raids and Mythic dungeons call for strong, centralized damage, Frost Mage is definitely a viable pick.

While all three mage specializations have their own unique uses in Shadowlands, Frost checks both boxes when it comes to dealing damage and providing strong crowd control. If you’re looking to boost your damage throughput in a raid environment or in a Mythic+ dungeon, consider bringing a Frost Mage along for the ride.

Here are the best talents, builds, and strategies to use to make the most out of Frost Mages in WoW: Shadowlands.

Level 15: Lonely Winter – The compensatory damage buff that Frost Mages receive from electing to play without their Water Elemental far outweighs the potential damage that the elemental could bring to the table. Lonely Winter also helps boost the damage dealt by Ice Lance, which is one of the most important abilities Frost Mages have in their arsenal. Boosting Ice Lance’s potential is going to be Frost Mage’s main goal when looking for a viable talent build.

Level 25: Shimmer – Shimmer will provide a much-needed upgrade to Blink. While the ability is already solid in terms of mobility, giving it two charges and extra range is definitely an upgrade that Mage players can take advantage of.

Level 30: Rune of Power – As one of the strongest “set-and-forget” abilities available to any caster in the game, Rune of Power allows mages to simply drop a rune at their feet and deal 40 percent more damage as long as they stand within eight yards of it. You don’t even need to be directly on top of it, just in the general area, and you’ll deal 40 percent increased damage. Additionally, casting Icy Veins will automatically drop a Rune of Power underneath you, setting up one of the most potent combinations of damage abilities the class has to offer.

Level 35: Chain Reaction – Chain Reaction is a core talent for Frost Mages who want to ensure they’re getting the maximum amount of value out of their Ice Lances. For each Ice Lance you land against a frozen target, your next Ice Lance will deal more damage thanks to a stacking buff. This talent is a must-have for all Frost Mage players in Shadowlands.

Level 40: Ring of Frost – Ring of Frost is the only talent available to Frost Mages at level 40 that is of much use in a PvE setting. It essentially gives you an extra interrupt that’s usable in group content, such as Mythic+ dungeons, but doesn’t have much of a use in raids.

Level 45: Splitting Ice – Similar to many other talents you’ll be taking, Splitting Ice provides another buff to your foundational ability, Ice Lance. A flat five percent damage increase combined with the added bonus of an extra AoE effect on the ability is what makes Splitting Ice a truly transformative talent, especially in a raid environment.

Level 50: Thermal Void – While Ray of Frost definitely has certain elements of viability, the talent you’ll want to be picking in most situations at level 50 is Thermal Void. The versatility behind a generalized buff to Icy Veins is going to be too strong to pass up in almost every situation. Thermal Void also provides an indirect damage increase to Ice Lance, which is always a plus.

Even in Mythic+ dungeons, where boss fights and large trash mobs are always going to be present, Mirrors of Torment provides a large boost to your single-target damage that could easily chunk through bosses’ health pools.

As a Frost Mage, your stat priority should be Critical Strike > Haste > Versatility > Mastery.

Critical Strike is an incredibly strong boost to your rotation. Abilities such as Ice Lance and Flurry will benefit immensely from stacking the stat as hard as you can. Keep in mind, though, that Critical Strike reaches a soft cap at 33.34 percent in WoW.

After reaching that soft cap, you’ll want to prioritize the rest of your stats in the order listed above. Haste is great for spamming Frostbolts into your target while trying to get as many Fingers of Frost procs as possible, while Versatility and Mastery do a great job of boosting the damage you’ll deal from those procs.