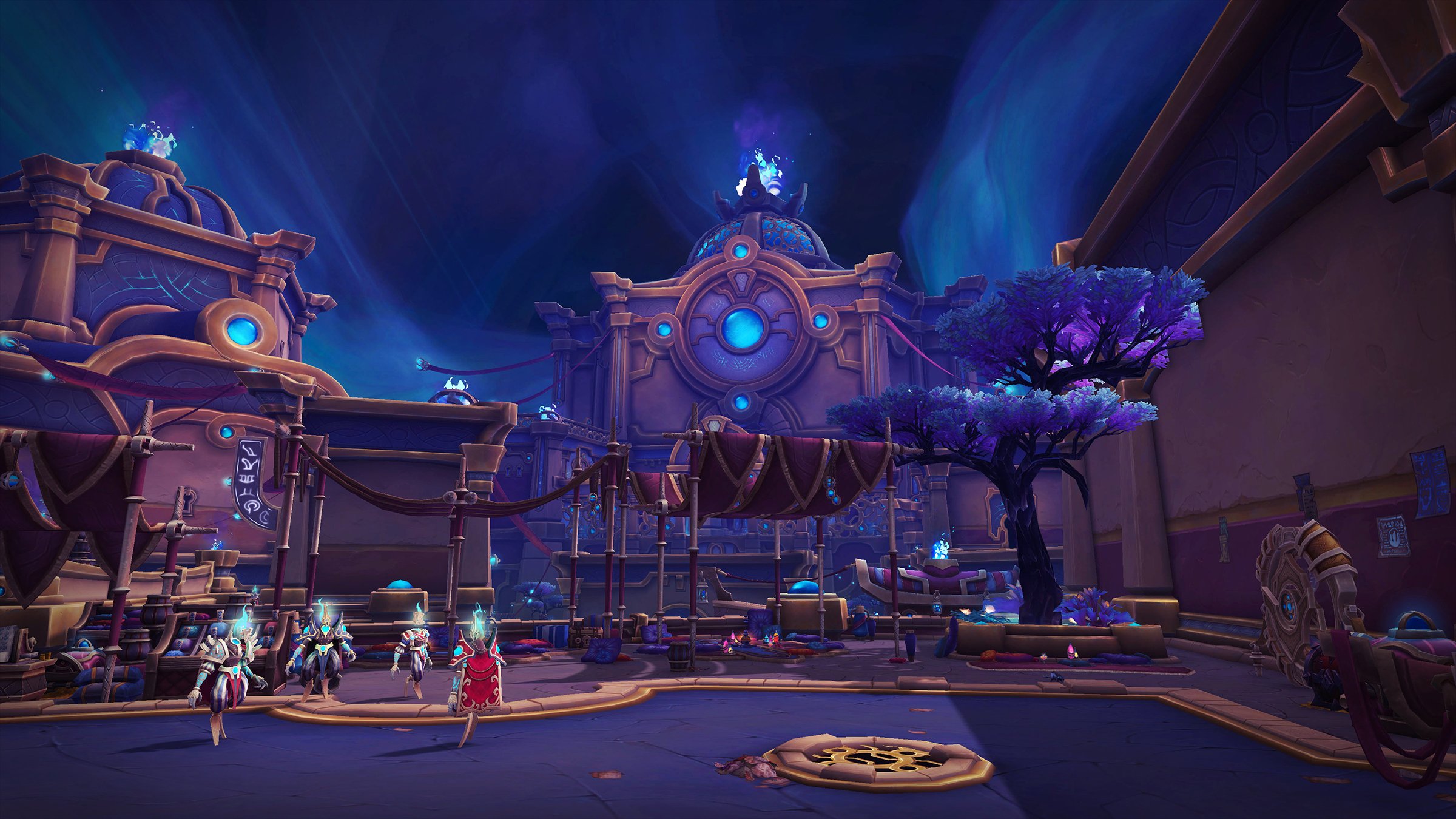 Tazavesh, the Veiled Market, is the latest “Megadungeon” to be added to World of Warcraft: Shadowlands. Much like Operation: Mechagon, the last megadungeon to be added to WoW in 2019, Tazavesh gives players the opportunity to enable “Hard Mode,” an increased level of difficulty that’s separate from Mythic+.

But unlike Mechagon, Tazavesh’s version of Hard Mode will need to be enabled at the very start of the dungeon instead of right before the last boss. Tazavesh won’t go live until July 6, once season two of Shadowlands begins. So if you’re looking to jump straight into the hardest content Patch 9.1 has to offer, you’ll have to wait at least a week until after the patch’s initial release.

Regardless, the eight-boss “Megadungeon” reintroduces Hard Mode to WoW since all encounters in the instance will have an optional, more intense difficulty for players who feel more inclined to take on a challenge. Here’s how to activate Hard Mode in Tazavesh, the Veiled Market.

To activate Hard Mode in Tazavesh, you’ll need to cover a little bit of ground beforehand. Unlike older instances, the dungeon’s harder difficulty isn’t unlocked by simply pushing a button. The most important item you’ll need to acquire is the Passably-Forged Credentials. To get this item for yourself, you’ll need to run Tazavesh at least once.

First, you’ll have to defeat the first boss of Tazavesh, Zo’Phex, before heading down the stairs and to the right of the boss room and meeting up with the NPC named “Questionable Trader.” Buy the item called “Fraudulent Credentials” from the Questionable Trader and head over to Au’Myza’s Oasis. Once there, complete the standard trading event to learn the password and enter the mini-zone.

Once you’re inside the Oasis, immediately speak with the NPC named “Au’Manal.” They’ll allow you to exchange the Fraudulent Credentials you picked up from the Questionable Trader for a set of Passably-Forged Credentials—a necklace that will allow you to complete the dungeon on Hard Mode.

Once you have the Passably-Forged Credentials, as well as the quest “Tazavesh: A Hard Bargain,” you’ll be able to start the Hard Mode version of the dungeon. Make sure your instance is totally reset before entering Tazavesh again.

Once inside the fresh dungeon, do not, under any circumstance, start the instance. If you do, you’ll have to zone back out and reset the dungeon. Once you’re certain that the instance is completely fresh and no bosses have been downed, approach the NPC named Fe’tajid near the entrance to the dungeon. They’ll allow you to activate your Passably-Forged Credentials, turning your character model into that of a Broker. Complete a few dialogue options with the NPC to enable Hard Mode for Tazavesh.