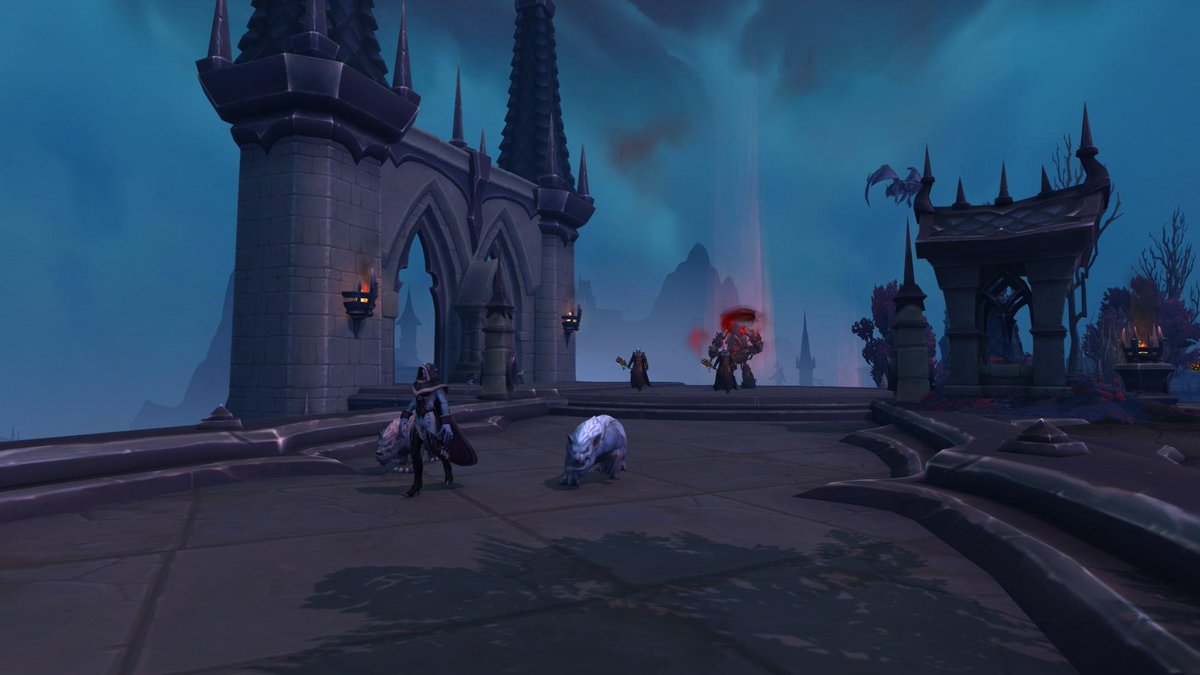 World of Warcraft: Shadowlands will see another patch coming to the game this week in Patch 9.2.5. The patch is not a major content update but instead serves as a halfway marker of Patch 9.2. The upcoming patch will be released on May 31 in North America and on June 1 in Europe.

While players shouldn’t expect any significant updates to the game in terms of content, such as new raids or campaign chapters, plenty of system alterations and quality-of-life changes are slated to be released when the patch launches this week. The biggest among those changes is cross-faction gameplay, a feature that will allow Alliance and Horde players to participate in instanced content together after being separated for the first 17 years of WoW’s lifespan.

Beyond cross-faction gameplay, other changes coming to the game include new questlines, PvP changes, and other relatively notable updates. Here’s everything we know about WoW: Shadowlands Patch 9.2.5, which is set to release this week.

WoW Patch 9.2.5 will introduce cross-faction activities to the game, allowing Alliance and Horde players to interact with each other on a far more intimate level. When the patch launches, players from the two factions will have the option to participate in raids, Mythic+ dungeons, and rated PvP matches together. Only activities that require premade groups can take advantage of cross-faction gameplay. Queueable content, like random dungeons and battlegrounds, will still be restricted by faction.

The premade group finder will allow players from both factions to apply for groups, although group leaders can opt-out of the system if they want to. Additionally, players from opposite factions can be on one another’s friends lists to participate in cross-faction gameplay.

When Patch 9.2.5 launches, Blood Elf and Dark Iron Dwarf players will have access to a race-specific quest that allows them to earn a new mount and weapon appearances. Blood Elf Paladins will also have access to the “Blood Knight” armor appearance set. These quests can be started by speaking to Lady Liadrin in Oribos for Blood Elves and by speaking with Anvil-Thane Thurgaden in Shadowforge City for Dark Iron Dwarves.

Torghast, the Tower of the Damned, is receiving an update in Patch 9.2.5 to make it more accessible, especially in regard to the way players progress through its 16 layers. As opposed to only two select wings being available per week, all eight wings of Torghast will all be open permanently from here on out.

A new arena, the Enigma Crucible, will be added to the game in Patch 9.2.5. The arena will be themed around the Progenitor species that was introduced in Patch 9.2, and will be located in the newly added zone of Zereth Mortis. Enigma Crucible will be the second arena added to WoW during the Shadowlands expansion, the first being the Empyrean Domain back in Patch 9.0.

Season 4 to launch later this year

While WoW: Shadowlands Patch 9.2.5 is set to be released this week, Season 4 of the expansion won’t release until “later this summer,” according to Blizzard. That gives players looking to increase their PvP or Mythic+ ratings a bit more time to grind upwards. While we don’t know the specific launch date of Season 4, Blizzard has given players an idea of when the next (and most likely final) stage of the expansion will begin.