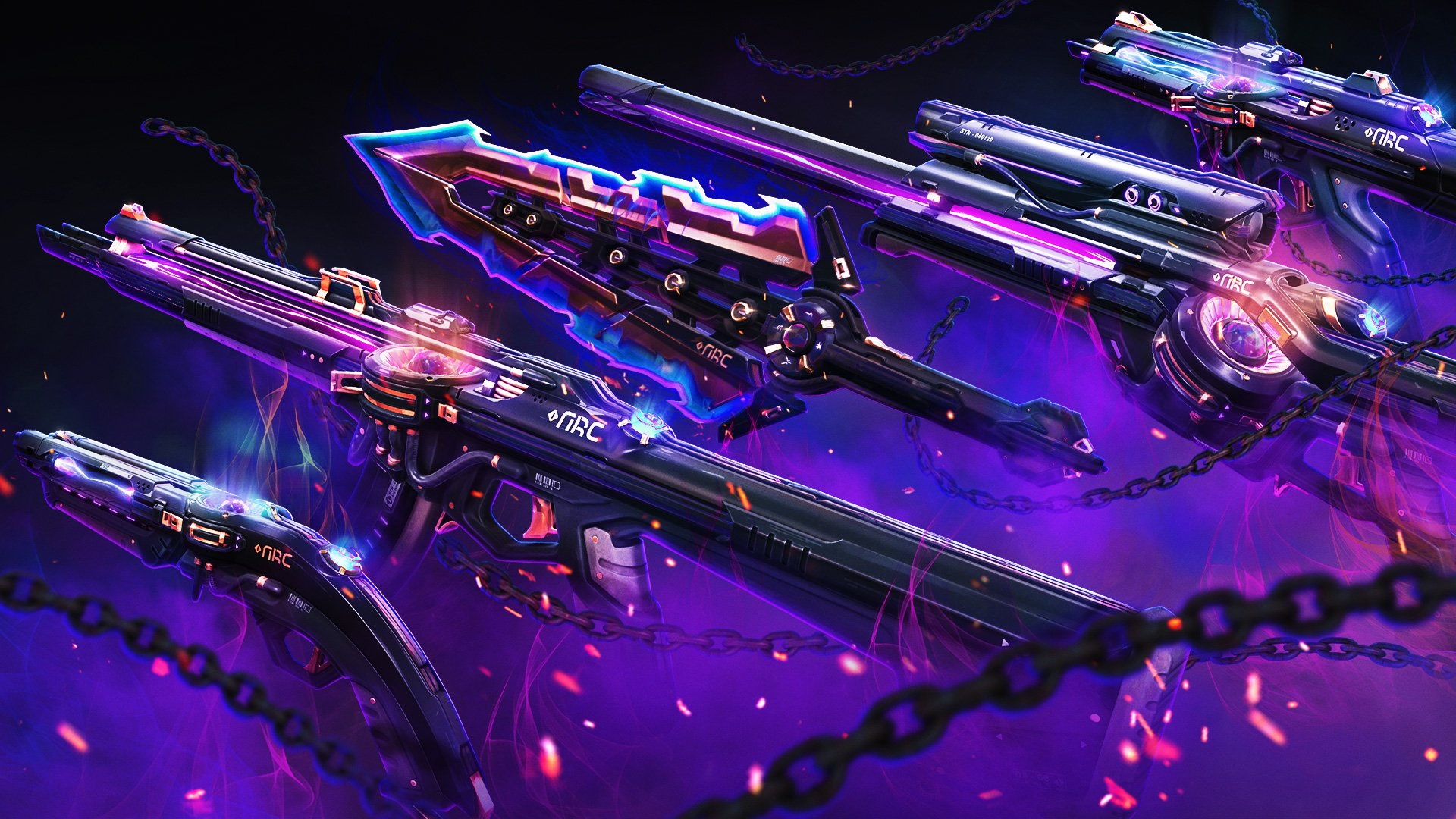 The VALORANT Prelude to Chaos skin line is bringing a dark sci-fi-inspired design for four weapons and a new massive melee skin perfect for players who want to send a message.

The Prelude to Chaos skin line adds edgy skins for the Vandal, Operator, Shorty, Stinger, and a new two-handed sword. Each skin features a black and purple color scheme with glowing parts throughout. Each weapon skin besides the melee skin includes four levels of customization. The first level is the base skin, which is unlocked by purchasing the bundle or individual skin. Players can upgrade to level two to add muzzle flash effects and unique firing audio, and level three adds custom idle, equip, reload, and inspect animations. The fourth and final level adds a unique kill banner and finisher.

The melee weapon can also be upgraded once, adding a custom idle, equip, inspect, and swipe visual effects alongside new audio. There are also three variants besides the base color scheme for the Prelude to Chaos skins: green and red, silver and green, and a blue variant.

The Prelude to Chaos skin line bundle is a XE Tier bundle that costs 8,700 VP. The bundle includes all previously mentioned weapon skins and an exclusive gun buddy and spray. Players can purchase individual skins if they want, although buying the bundle as a whole saves a decent amount of VP.

VALORANT players can purchase the Prelude to Chaos bundle on June 22 when it’s released alongside Episode Five, Act One and Patch 5.0.