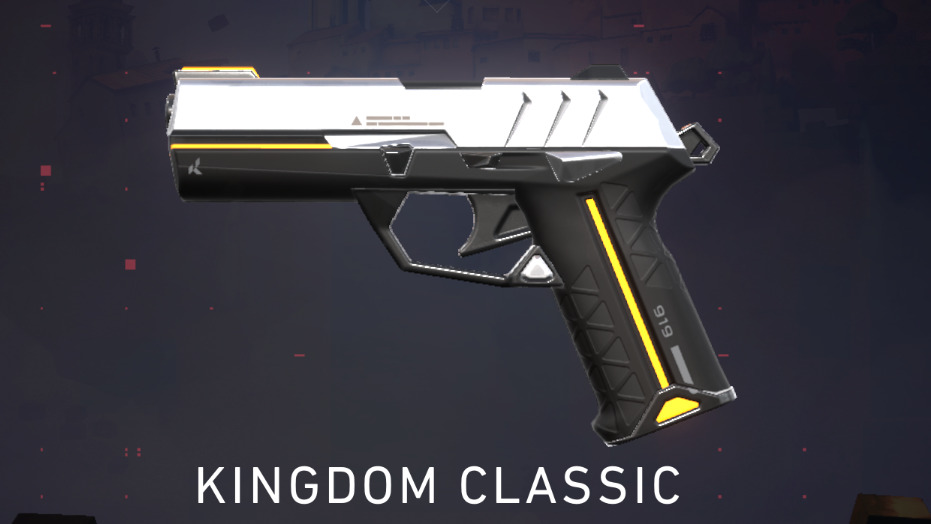 One savvy VALORANT fan showed off what the Kingdom Classic could’ve been.

VALORANT player sonut_ recreated the Kingdom Classic pistol to give it more pizazz, posting a number of well-designed iterations today.

“After getting the kingdom classic and further inspecting it it looked too bland ingame,” the player said. “So I have decided to create some mock-ups to show some ideas of how I think the classic should’ve looked like.”

The player replaced the chrome top of the Kingdom Classic with a bright gold. And while the fan kept a black handle and trigger, the reinvisioned pistol is adorned with cyan blue lines instead of yellow.

The fan also created different variants for the pistol in blue, purple, and green.

The Kingdom Classic is offered as a free reward to players who reach the final chapter of the battle pass. Players who pay the $10 battle pass fee can earn additional Kingdom skins for the Bucky, Spectre, Phantom, and melee weapon.

Related: VALORANT’s Elderflame Collection will light a fire in your heart and burn a hole in your wallet: A review

Weapon skins are a controversial topic amid VALORANT fans due to their hefty price tag. Snagging the new Ultra Edition Elderflame Collection, for example, costs around $90 as a bundle or about $25 for individual guns and $45 for the knife alone. Since the battle pass is much more affordable, it makes sense that the skins included in it aren’t as flashy.