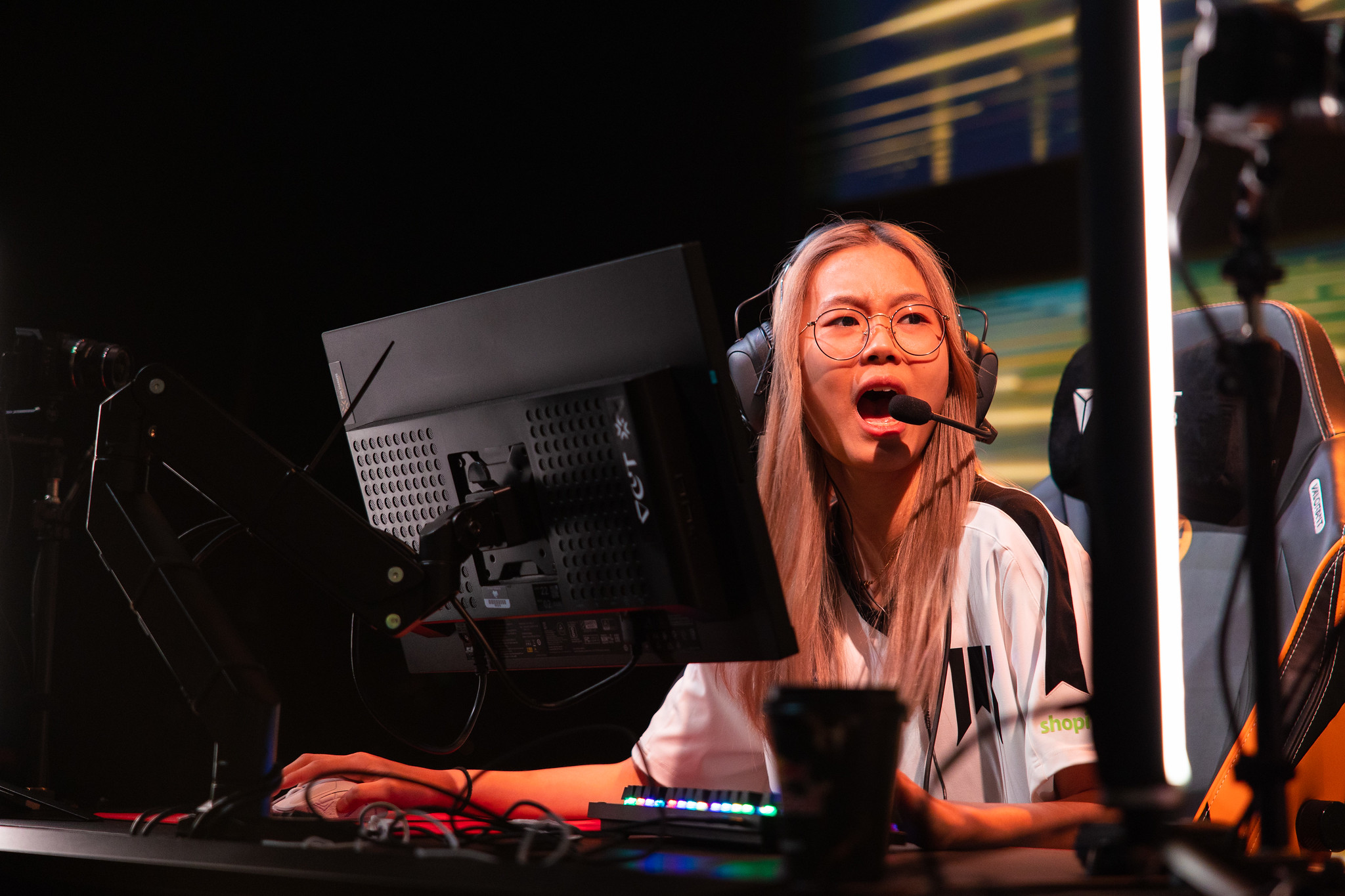 The North American vs. EMEA VALORANT rivalry enters a new chapter in the grand finals of the Game Changers Championship, but it’s not exactly how many thought the story would be told.

Before the double-elimination bracket began, many expected to see G2 Gozen and Cloud9 White do battle in the final series, but instead G2 will take on a different NA team currently on an incredible hot streak, Shopify Rebellion.

The Shopify Rebels head into Sunday on a wave of momentum generated from their lower bracket run. In that run they dispatched a dangerous X10 Sapphire team, defeated their long-time NA rivals in C9, then surprisingly ran over Team Liquid Brazil in an upper bracket revenge match.

Diana “sonder” Zhang is having a breakout tournament; she’s fourth in ACS and ADR of all players. In fact, three separate Shopify players are top 10 in ACS.

Their meteoric run, highlighted by a standout Saturday that featured back-to-back wins over C9 and Liquid, puts them on a collision course with the seemingly unstoppable EMEA queens in G2. Coincidentally, G2’s run to the grand finals also went through X10, C9, and Liquid, but through the upper bracket with only one map dropped to C9.

It’s been an amazing tournament for Michaela “mimi” Lintrup, who’s top three in ACS, K/D, kills per round, and assists per round. As a team, G2 is playing exceptional VALORANT; three of them make up the top six in kill-assist-survive-trade rating. And at only 16, Maryam “Mary” Maher is playing way above expectations for someone making their LAN debut, as is Anastasia “Glance” Anisimova.

Shopify Rebellion will try to complete their lower bracket run against G2 Gozen tomorrow, Nov. 20, at 10am CT.