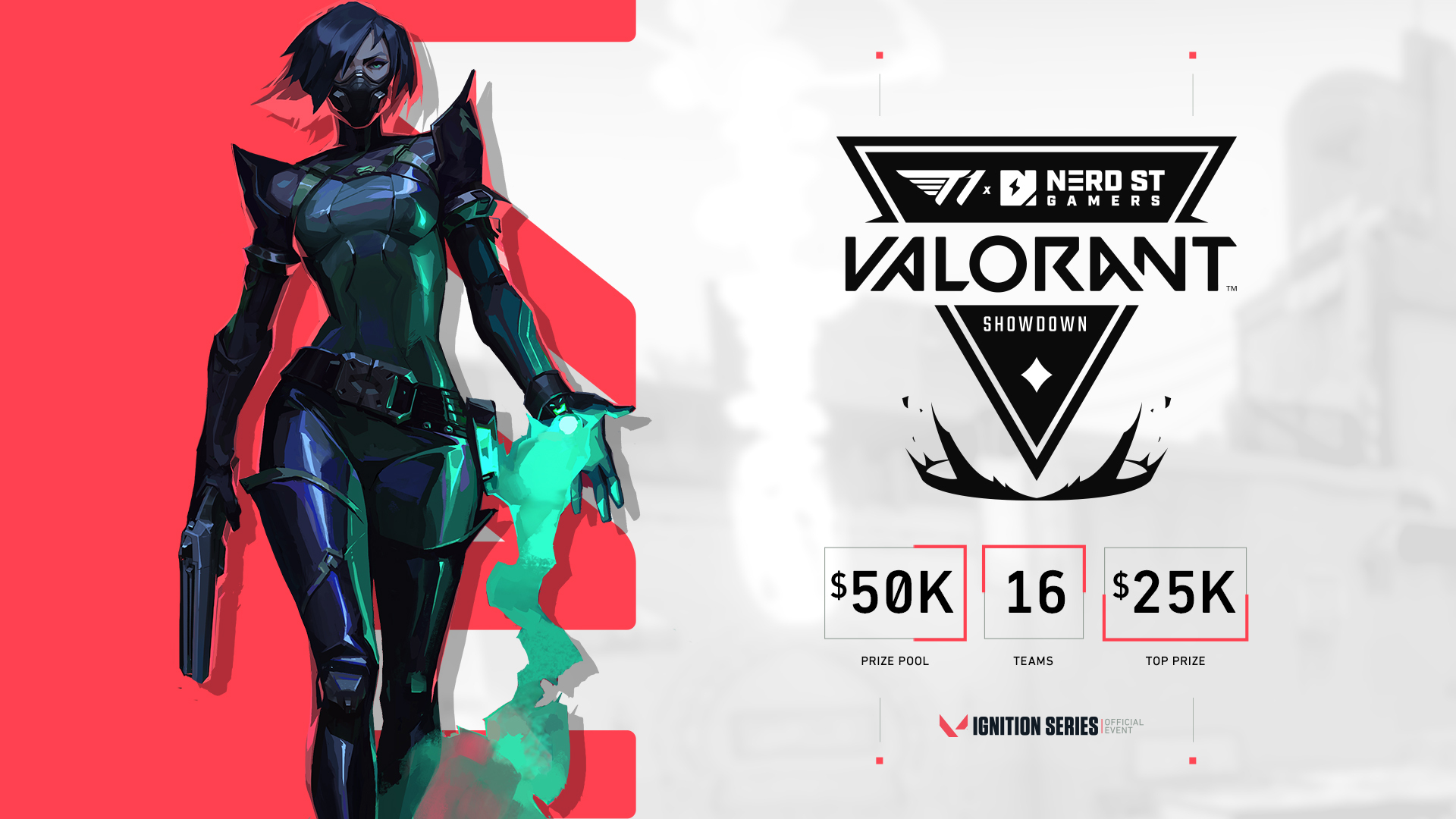 The first North American tournament in Riot’s VALORANT Ignition Series will take place next week from June 26 to 28. The VALORANT Showdown will be hosted by T1 and powered by Nerd Street Gamers.

The tournament features a $50,000 prize pool, the largest amount to date for VALORANT in the North American region. During the VALORANT Twitch Rivals event that took place on June 6, the NA group offered a $42,000 prize pool, which was smaller than EU’s $49,000 prize pool.

This VALORANT Showdown aims to provide an opportunity for amateurs and aspiring professional gamers to compete against some of the biggest names in gaming. It’ll feature world-renowned VALORANT players, streamers, and influencers, as well as special programming elements such as exclusive interviews with Riot and T1 personnel.

Two play-in qualifier events will take place on June 20 and 21 between 16 teams competing to secure one of four open spots in the T1 x Nerd Street Gamers VALORANT Showdown. The qualifiers are open to all gamers and those interested in competing can register on Nerd Street Gamers’ website.

The VALORANT Ignition Series was announced on June 16 as a global series of tournaments created by Riot in partnership with players, teams, content creators, and tournament organizers. It’s designed to give fans their first taste of high stakes competitive play in Riot’s new title.

Ignition Series matches start on June 19 in the EMEA region with the G2 Esports VALORANT Invitational and in Japan with the RAGE x IGNITION tournament.

Update June 19 11:20am CT: T1 announced that the T1 x NSG VALORANT Showdown will be presented by Samsung Odyssey. “In addition to the cash prize, each member of the winning team will receive a Samsung G9 monitor,” T1 said.