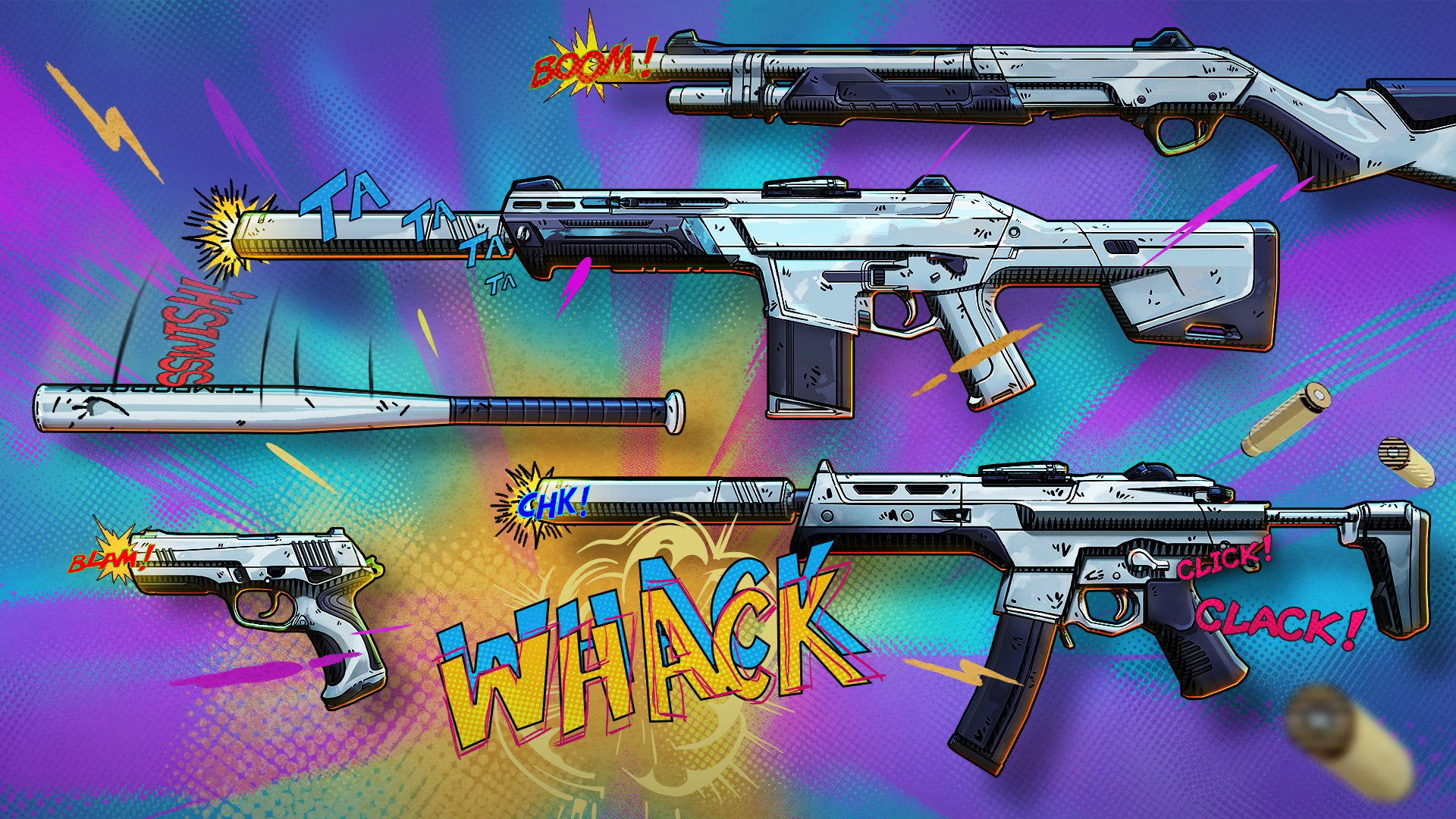 VALORANT’s new Radiant Crisis 001 bundle might not come with superpowers to improve your gameplay, but it will at least let you embody the style of your favorite comic books.

The new Radiant Crisis 001 bundle is another step into unmarked territory for the game and includes skins for the Phantom, Spectre, Classic, Bucky, and a new Baseball Bat melee. VALORANT weapon bundles with unique themes and art styles allow players to enjoy a drastically different visual experience without affecting the core gameplay. Previous bundles like the BlastX bundle have shown how far the VALORANT developers are willing to push the boundaries.

“With a lot of our skins, the challenge is to try and take a thematic or an idea and appropriately interpret it into the VALORANT art style,” said Sean Marino, VALORANT associate art director. “With Radiant Crisis (comicbook), the goal was flipped. We wanted to see if we could take an art style that existed outside the world of VALORANT and bring it into the game.”

Marino said the team had the idea for the skin bundle in September 2020 but needed to wait for the community to become accustomed to skins that are “tonally different.” BlastX was the first drastically different bundle and was purposefully released six months after the game dropped.

The developers originally created shaders “more in line with something you might find in an anime fighting game like Guilty Gear or Dragonball FighterZ.” But an engineer working on Project L, Riot’s upcoming fighting game, brought over a shader for the team to experiment with and they realized there was “a pretty extreme disconnect from the gun to the rest of the world,” according to Marino. This led to the switch to a comic book feel instead of an anime concept.

The team referenced several comic book eras and styles and used other games with a “2D style in a 3D world” from the last few years. The team struck gold when they watched a video of an artist painting Gundam models like they were made for manga or anime.

“This bizarre juxtaposition of seeing something that looked as if it was made for 2D animation but represented as a physical object was exactly that kind of feeling we were going for, and with a combination of styles and references we were able to make something that we feel is incredibly unique for a skin,” Marino said.

The Radiant Crisis 001 bundle also changed the way the team produced skins. Marino explained that a 2D artist usually creates and draws a skin before passing it on to a 3D artist to create a texture. Because of the unique nature of these skins, they allowed 2D artist Sean Bigham to paint the concept directly onto the model. One of the VFX interns also previously created onomatopoeia effects typically used in comic books, making it easy for them to transfer the style into VALORANT.